Attempts being made to drive away flamingos: Navi Mumbai Green activist 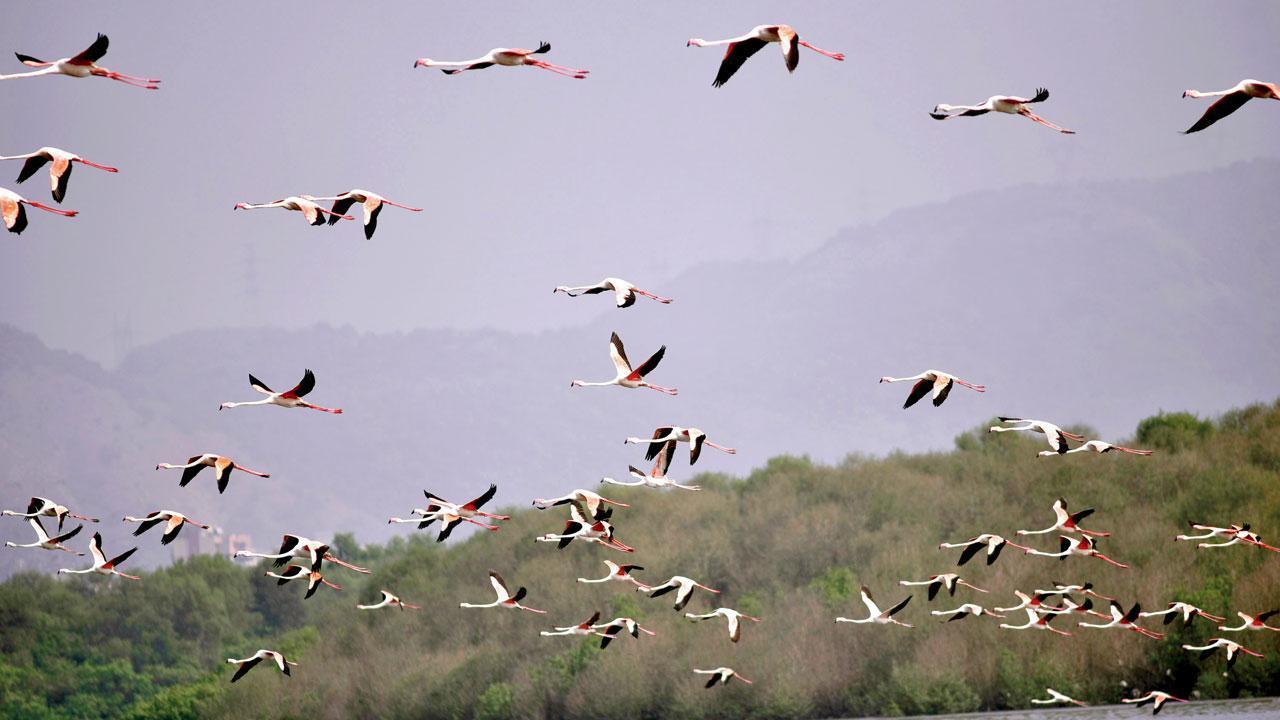 Flamingos visit Mumbai between November and May


In another instance of threat to wildlife and their habitats, a Navi Mumbai-based green activist alleged that ‘systematic attempts’ were being made to drive away the flamingos from the NRI Wetlands. He has also written a letter regarding the same to the Mangroves Cell, police commissioner and other departments concerned.

Environmentalist Sunil Aggarwal said, “Systematic attempts are being made to drive away the flamingos from the NRI Wetlands. Earlier the outflow of water was blocked to make it stagnant and unattractive for the birds.” He further said that since the last two days a huge number of birds were coming to the wetlands.

“I have written a letter to the officials concerned and sought action against the culprits. I have also requested them to restore the inter-tidal nature of the wetland as mapped in the National Wetlands atlas and protected vide Supreme Court orders of February 2017 and October 2017,” added Aggarwal.

Photographs of the flamingos and a person trying to disturb them have been shared with the Wildlife Crime Control Bureau, Thane collector, NMMC, local police station, Thane tehsildar, divisional commissioner of Konkan and deputy conservator of forests of the Mangrove Cell.

Environmentalist Stalin D said, “The CIDCO has consistently resisted recognition and protection of coastal wetlands and water bodies in their jurisdiction. The forest department has also failed in protecting wildlife and their habitats. The builders are apparently sending people into these water bodies to scare the birds away so that the sites can be made available for reclamation.”