Senior ministers expected to be part of the new team which is likely to be 14-18 in strength; it will be extended to 43 in another expansion 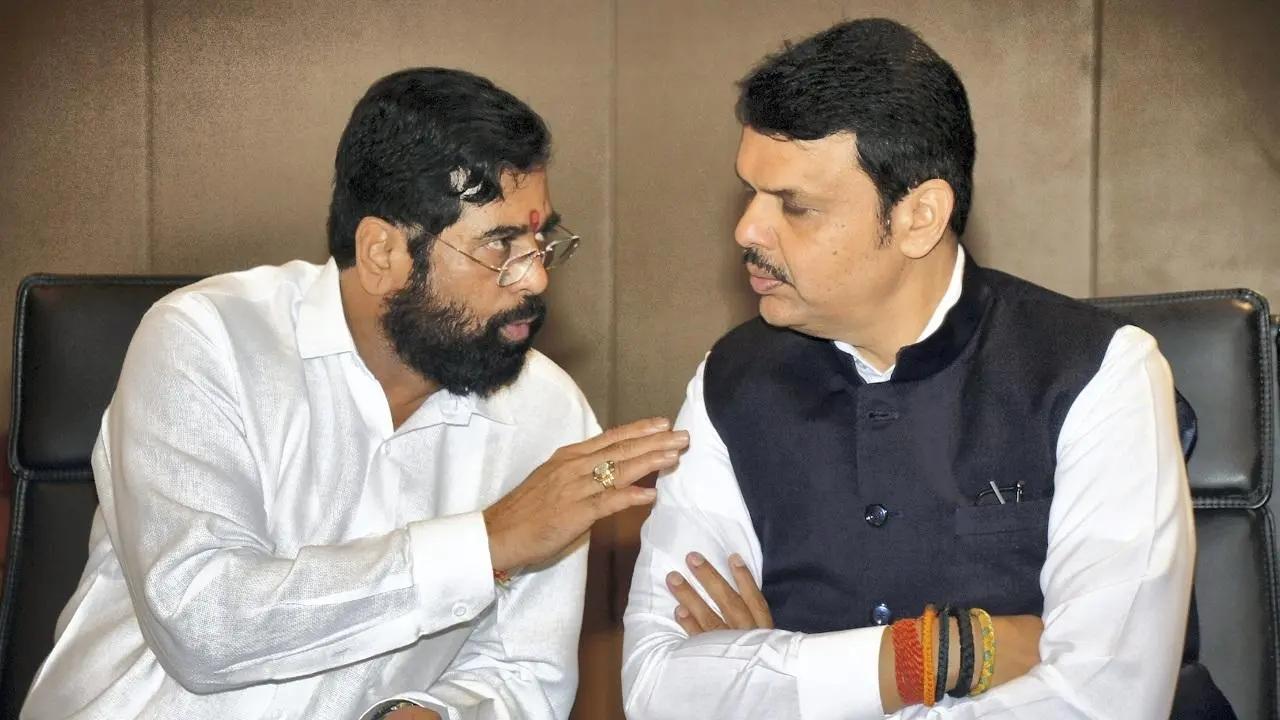 
The Shinde Sena and Bharatiya Janata Party have chosen to defuse the atmosphere of uncertainty by expanding the two-member Cabinet on Tuesday, five weeks after Chief Minister Eknath Shinde and his deputy Devendra Fadnavis took oath in a high-voltage political drama.

Though some surprises are expected from the BJP, it is still expected to induct senior former ministers—Chandrakant Patil, Sudhir Mungantiwar, Girish Mahajan, Suresh Khade and Radhakrishna Vikhe Patil in the new team which could be 14 to 18 in strength, with equal share for the two parties. The formula will change when the council of ministers is packed to its capacity of 43 in another expansion.

Sources said the parties will try to have representatives from all revenue divisions so that the ministers could grace the Independence Day programme at the headquarters.

BJP’s Mumbai representation was unclear because of strong claimants from the party’s regional vote banks of Maharashtrians and north Indians ahead of the BMC polls. The party has the highest number of MLAs in Mumbai, where it has some powerful MLCs as well. Among city contenders are Ashish Shelar, Mangal Prabhat Lodha, Rajhans Singh, Vidya Thakur and former opposition leader in the Council Praveen Darekar.

Under attack for delaying the Cabinet expansion, Shinde kept the cards close to his chest. He was expected to pick some from among former ministers Dada Bhuse, Gulabrao Patil, Uday Samant, Shambhuraj Desai and Sandipan Bhumre while Sanjay Shirsat, Bharat Gogawale and Suhas Kande were tipped as new faces. One of contenders, Abdul Sattar, former minister of state, risked his prospects after he courted controversy on Monday following reports that his children allegedly benefitted in the teachers’ recruitment scam. Later in the day, the education department gave Sattar’s family a clean chit.

When asked about his team, Shinde told media persons that he had asked his MLAs to come for a meeting on Tuesday morning wherein the names would be finalised. Sources said the independents, who have aligned with Shinde, also wanted their due share. Shinde met senior leaders from his faction to discuss names late Monday night.

The BJP was as secretive as the Shinde camp.

The much-awaited final word on expansion came following the CM and Dy CM’s Delhi trip. The two discussed the formation on Monday in Mumbai. The administration swung into action immediately after the meeting. Raj Bhavan began preparing the Darbar Hall for the show, to be conducted between 11 am and 4 pm.

The Vidhan Bhavan cancelled leaves and asked employees to come back to work on holidays to prepare for the monsoon session. First, the notice said the session would be held between August 10 and 18, but the decision was withdrawn later. The Legislature sitting is expected to begin from August 17. The business advisory committee of the Legislature was invited to meet on Tuesday, but the gathering was postponed.

The expansion has been delayed because of litigation in the Supreme Court. The Shinde and Thackeray factions are fighting a battle over disqualification of MLAs. The two also moved the Election Commission of India to claim the election symbol. The SC was expected to resume proceeding on Monday but it postponed the hearing to Friday.