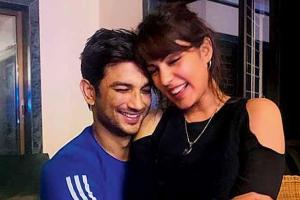 
The demand for a Central Bureau Of Investigation (CBI) probe in connection with the death of Bollywood actor Sushant Singh Rajput has been growing stronger by the day as a social media campaign for it has also been launched. After BJP MP Subramanyam Swami's demand for a CBI probe, the actor's alleged friend Rhea Chakraborty has also requested Union Home Minister Amit Shah for it. Maharashtra Home Minister Anil Deshmukh, however, told mid-day that there was no need for a CBI probe and that the Mumbai police is competent enough to handle such cases.

Chakraborty, who recorded her statement with the Bandra Police on Monday, tweeted "Respected @AmitShah sir, I'm Sushant Singh Rajput's girlfriend Rhea Chakraborty. It has been over a month since his sudden demise. I have complete faith in the government. However, in the interest of justice, I request you with folded hands to initiate a CBI inquiry into this matter. I only want to understand what pressures prompted Sushant to take this step. Yours sincerely #satyamevajayat."

Deshmukh, however, said, "I have the tweets and the campaign. But I don't think that a CBI probe is required. The Mumbai Police is competent enough to handle such cases and they are investigating every aspect of the case including professional rivalry. As of now, we do not see any foul play. Details of the investigation will be shared once it is completed."

Fit for CBI probe or not?

Actor Rajput allegedly committed suicide on June 14 and the Mumbai police did not find anything suspicious prima facie. His post-mortem analysis report also confirmed death by hanging. However, there has been a consistent social media campaign alleging the actor was murdered. Former member of parliament from Bihar Pappu Yadav was the first to demand a CBI probe and has written to Union Home Minister Amit Shah who in response said that the request had been forwarded to the department concerned.

BJP MP Subramanyam Swami also tweeted saying, "I have asked Ishkaran (advocate) to look into the facts of Sushant Singh Rajput death case and see whether it's a fit case for CBI investigation." He said that advocate Ishkaran Bhandari is considering sections 306 (abetment to suicide) and/or 308 (culpable homicide) of the India Penal Code read with Article 21 of the Constitution is applicable. 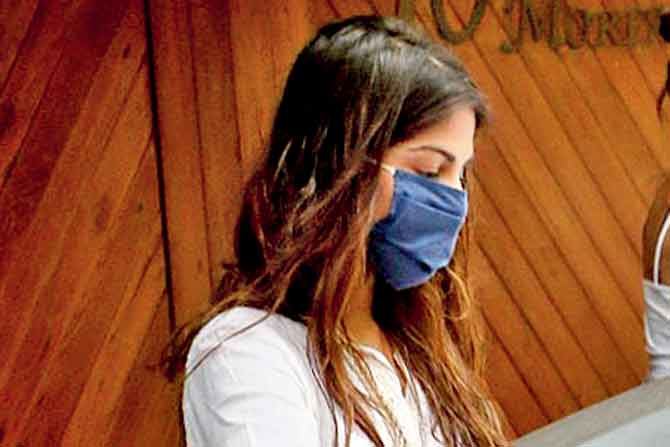 According to Mumbai police, a month-long investigation into the matter hasn't brought to fore any foul play or abetment. "We are now waiting for the forensic report to get more clarity. Our investigation continues to look into the professional rivalry angle," an officer said.

Earlier, Chakraborty, who was blamed by some people for Rajput's death, had posted a screengrab of her Instagram account where she said, "l was called a gold digger. I kept quiet. I was called a murderer, kept quiet. I was slut-shamed. I kept quiet. But how does my silence give you the right to tell me that you will get me RAPED and MURDERED if I don't commit suicide @mannu_raaut? Do you realise the seriousness of what you have said? These are crimes, and by law no one, I repeat NO ONE, should be subjected to this kind of toxicity and harassment. I request @cyber_crime_helpline @cybercrimeindia to please take necessary action. ENOUGH IS ENOUGH."

'Chakraborty has not complained'

Officials of Mumbai Cyber branch told mid-day that they had not received any written complaint from the actress. They have taken cognizance of her post and will investigate, they said.

The Bandra Police on Thursday also recorded the statement of a senior pyschiatrist from Hinduja Hospital who was treating Sushant Singh Rajput. So far 35 statements have been recorded.

Next Story : 'She ensured that my daughter was raised to be a strong woman'