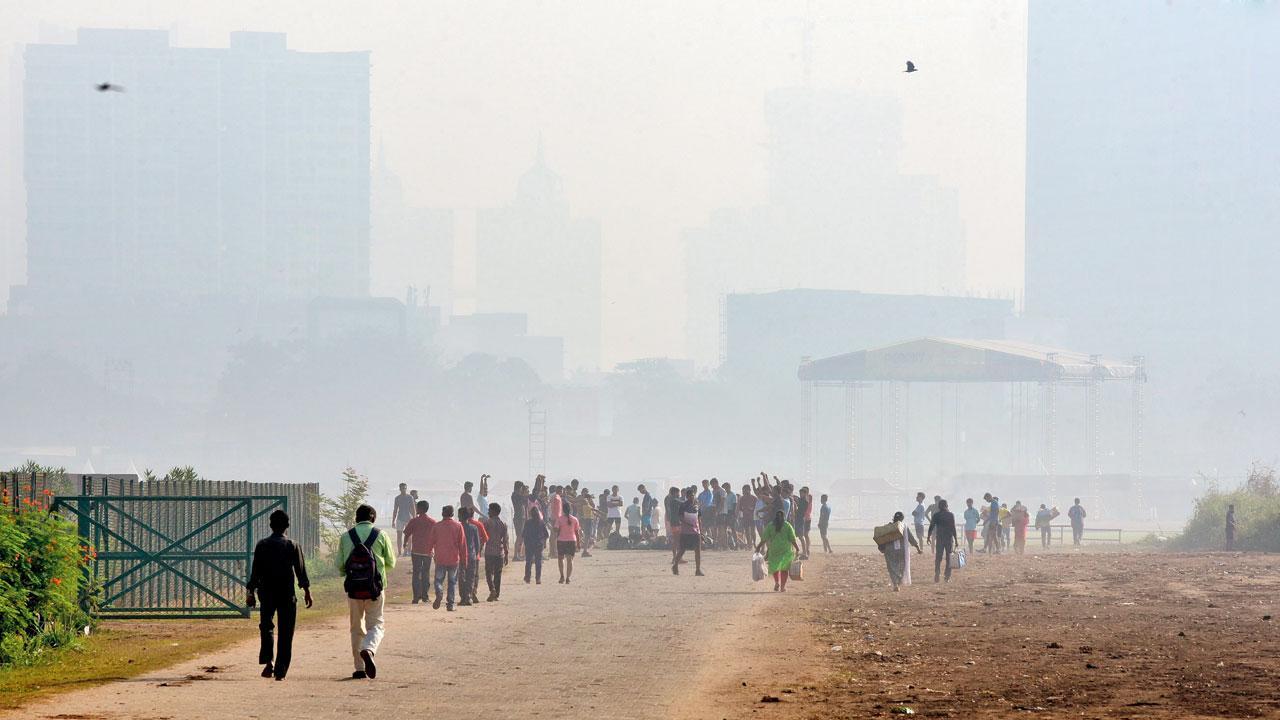 People out on morning walk amid fog at Mahalaxmi Racecourse. Pic/Shadab Khan

They attributed the cooler-than-usual weather in Mumbai to the series of western disturbances and higher than normal wind speed and lower than usual humidity. As per the IMD’s updates, humidity in Mumbai was 51 per cent on Monday and 60 per cent on Tuesday. By the last week of January or the upcoming weekend, temperatures are likely to get cooler again, predict meteorologists and experts.

“The January 27 western disturbance will be stronger than the previous three. This will lead to the temperature dropping further. It is to be noted that for the next two days—that is January 25 and 26—the minimum temperature will continue to hover between 14 and 15 degrees Celsius. Later under the influence of western disturbance, the temperature is likely to drop further to 13 degrees Celsius from January 27,” said Mahesh Palawat from Skymet Weather, a private weather forecasting service.

He added, “Due to the strong winds, Mumbai feels colder than usual. However, temperatures are predicted to rise a little during the next two days because of western disturbances. Mumbai’s temperatures will rise as westerly winds from the Arabian Sea limit the number of cold winds from the north. The city’s temperatures are again likely to drop by the weekend when north winds turn to Maharashtra with the retreat of western disturbances.”