BMC data showed that the recovery rate was 98 per cent, the caseload doubling time stood at 3,914 days, and the overall growth rate of cases between May 17 and 23 was 0.017 per cent 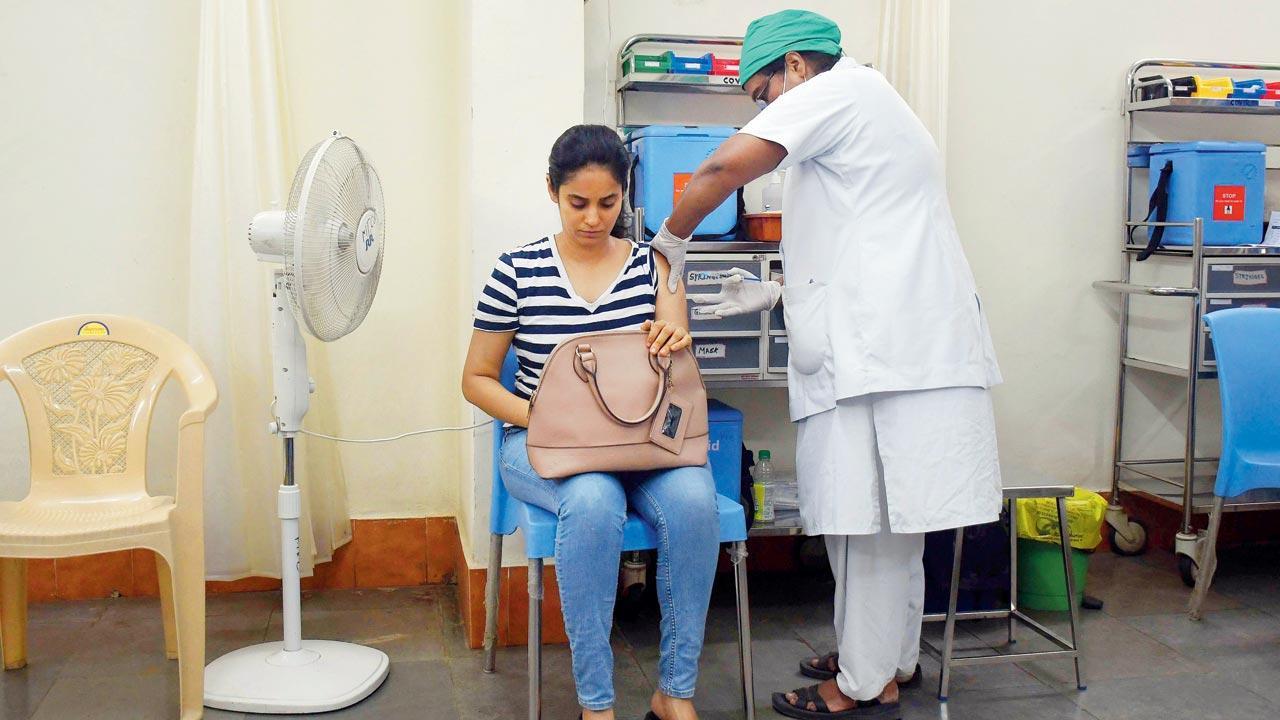 A beneficiary gets a dose of vaccine at Nair hospital. Pic/Ashish Raje


Mumbai on Tuesday reported 218 COVID-19 cases, which is a substantial rise from the 150 cases registered a day earlier, taking the tally in the metropolis to 10,63,276, while the death toll remained unchanged at 19,566, a civic official said.

Out of 218 new COVID-19 patients, 201 were asymptomatic, while none of the 17 who were hospitalised needed oxygen support, the official said, adding that just 48 of the 24,488 hospital beds earmarked for the pandemic are currently occupied.

It was also the eighth consecutive day when the addition to the tally was above the 100-mark, he pointed out.

The recovery count increased by 158 in the past 24 hours to touch 10,42,280, taking the active caseload in the city to 1,430, the Brihanmumbai Municipal Corporation official said.

BMC data showed that the recovery rate was 98 per cent, the caseload doubling time stood at 3,914 days, and the overall growth rate of cases between May 17 and 23 was 0.017 per cent.

The addition to the tally on March 9 was 359, while it was 208 on Monday, the official pointed out.

Tlone death was reported in Kalyan Dombivali Municipal Corporation, which is part of the Mumbai Metropolitan Region, he said. MMR reported 279 cases.

So far, 77,33,452 persons have been discharged post recovery, including 276 in the last 24 hours, leaving the state with 2,039 active cases.
State health department data showed that Nandurbar, Dhule, Jalna, Latur Hingoli, Buldhana, Yavatmal, Wardha and Gondia had no active cases at present.

Next Story : Will Milan subway get relief this monsoon?