Environmentalists fear that work would now resume with Shinde at helm; citing irregularities, they request the new CM to save people’s health, biodiversity 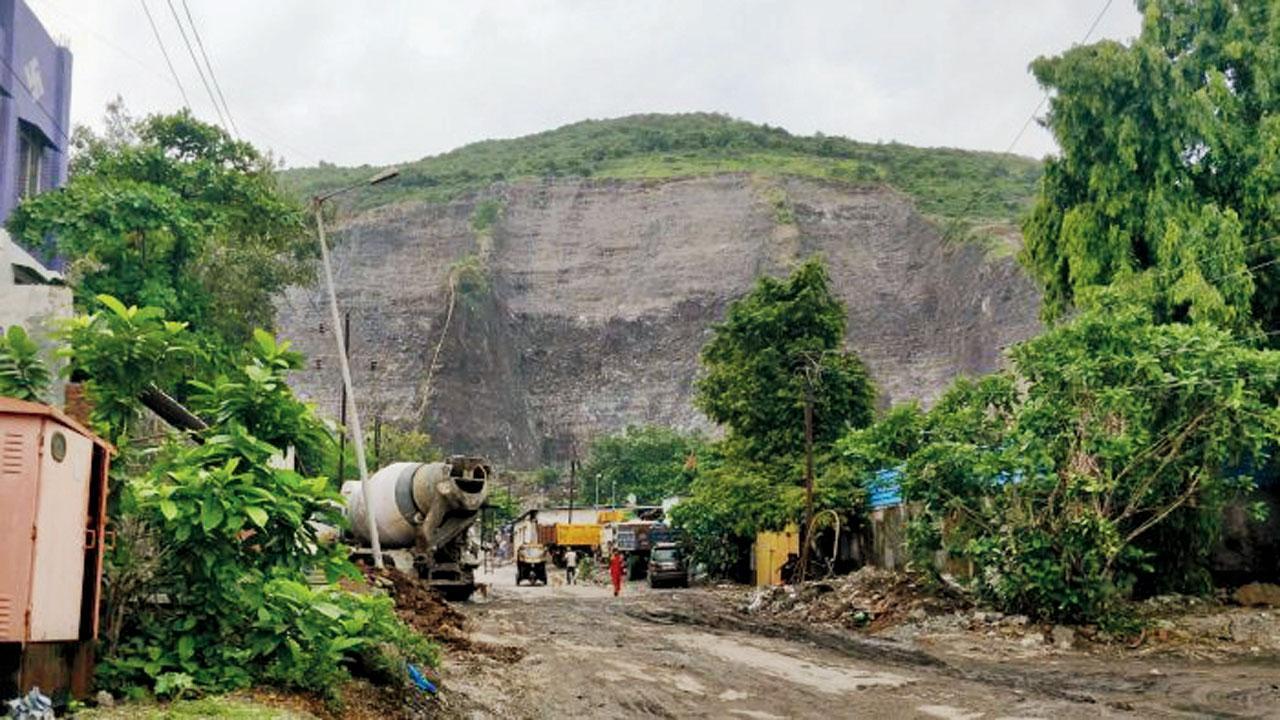 
Opposing CIDCO’s attempt to renew Parsik Hill quarries, environmentalists have appealed to new Chief Minister Eknath Shinde to drop the plan and save Navi Mumbai’s biodiversity. They expressed fear that the attempts to renew quarrying would be resumed as Shinde had a year ago, as the then urban development minister, suggested to CIDCO to look at the possibility, subject to clearances.

“The Parsik Hill range has already been battered beyond recognition by indiscriminate and limitless quarrying and it is high time that the damaged hills are restored by landfill and replantation,” NatConnect Foundation Director B N Kumar said in his mail to the CM. Nandakumar Pawar, head of Shri Ekvira Aai Pratishthan, stated, “The quarry operators have been allotted 138 hectares, but over 264 hectares have been blasted, as per a Forest Department objection.”

It has been alleged that CIDCO has prompted 51 quarry operators to apply for renewals in small clusters as the Union Ministry of Environment, Forest and Climate Control (MOEFCC) has stipulated that mining of area above 100 hectares required prior clearance from the Centre.

The Parsik Hill quarries employed over 560 people including 300 skilled and 250 unskilled workers, according to a pre-feasibility study submitted by CIDCO to the MOEFCC. Every stakeholder, including the Navi Mumbai Municipal Corporation (NMMC), opposed the quarrying in the interest of the city and the people’s health. The latest Environment Status Report of NMMC shows that the air quality has been fairly good after halting quarrying, Kumar said.

However, quarrying has now extended to Kharghar where non-stop quarrying has been going on despite the Raigad District administration’s claim that the activity has stopped. The air quality in the node is bad due to the stone dust in the air, activist Nareshchandra Singh said. The hills are also home to rich biodiversity which is at stake, said activist Jyoti Nadkarni and pointed out that CIDCO has dumped the BNHS plan to develop a nature trail on the hills.

Meanwhile, even the residential side of the Parsik Hills is in danger of landslides as the slopes have been cut indiscriminately in the name of beautification. Parsik Hill Residents Association president Jayant Thakur said the hill slopes and even the bottom are being scraped and this is dangerous for the hill and the buildings on the top.