We never stopped holding the congregation at Vijayadashmi at Shivaji Park since the inception of the party, except during the time of the coronavirus pandemic. We are taking this tradition forward, Uddhav Thackeray told reporters after the HC order 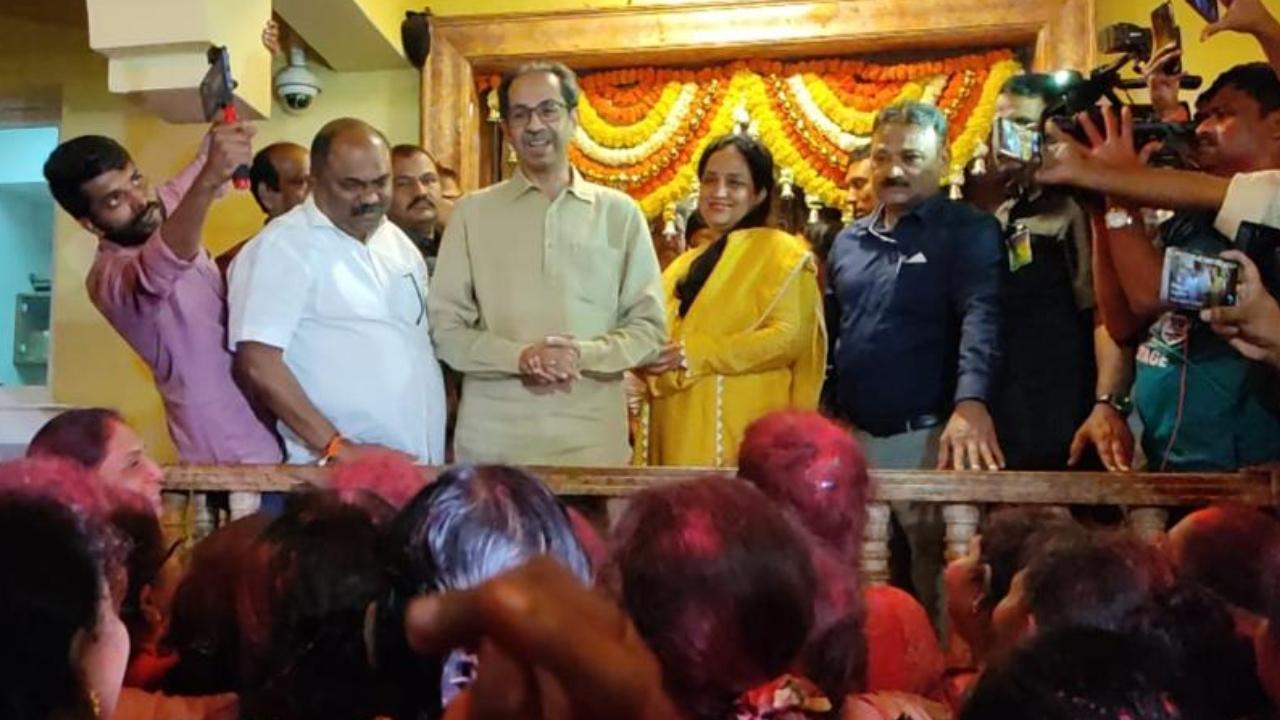 
Shiv Sena president Uddhav Thackeray on Friday welcomed the Bombay High Court's decision to allow his faction to hold its annual Dussehra rally at the iconic Shivaji Park ground in Mumbai, and said his party's faith in the judiciary stood vindicated.

Thackeray said it is the Maharashtra government's responsibility to maintain law and order during the October 5 rally and expressed the hope the state administration will discharge its duty.

Our faith in the judiciary stands vindicated. We never stopped holding the congregation at Vijayadashmi at Shivaji Park since the inception of the party, except during the time of the coronavirus pandemic. We are taking this tradition forward, he told reporters after the HC order.

The Sena president, whose faction was locked in a battle for the venue with the rebel group led by Chief Minister Eknath Shinde, appealed to Shiv Sainiks to maintain discipline during the Dussehra rally and ensure decades-old tradition is not tarnished.

He urged them to maintain discipline while coming to the venue in central Mumbai.

Party spokesperson Manisha Kayande said this year's rally at the Shivaji Park ground, which will be held at the venue after a gap of two years, will be grand.

There must have been some pressure on the Brihanmumbai Municipal Corporation (BMC) which had earlier denied permission to the Thackeray-led faction to use the ground for its Dussehra rally, she claimed.

After the denial of the permission, the Thackeray-led camp had moved the High Court.

Shiv Sena leader Anil Parab said all the terms and conditions laid down by the court will be followed.

State Transport minister Uday Samant, who owes allegiance to the Eknath Shinde camp, said the next course will be decided after studying the high court's order.

After the high court ruling, Shiv Sainiks gathered outside Shiv Sena Bhavan, the pary headquarters in Dadar, and 'Matoshree', the private residence of the Thackeray family in suburban Bandra, to celebrate the order going in their favour.

The rebel Sena faction led by Shinde, too, had sought permission from the BMC to hold its own rally at Shivaji Park the same day (October 5).

The BMC denied permission to both the factions, citing a police report that said granting permission to any one group will lead to law and order problem.

A division bench of Justices R D Dhanuka and Kamal Khata on Friday allowed a petition filed by the Thackeray-led Sena faction challenging the BMC's decision.

The BMC order was a "clear abuse of the process of law and bonafide," said the court.

Speaking to reporters in Pune, the Leader of Opposition in the Assembly said those who want to listen to Chief Minister Shinde's speech can go to the Bandra Kurla Complex (BKC), while those desirous of attending Thackeray's rally can head to Shivaji Park.

The Shinde camp has already got permission to use a ground in BKC, a business district in suburban Mumbai, for its Dussehra rally.

"I had said (earlier) that if the BKC venue has been given to them (Shinde faction), then the Shivaji Park venue must be given to the Shiv Sena (led by Thackeray). Late Balasaheb Thackray (the party founder) had started the tradition of holding the Dussehra rally at Shivaji Park. Balasaheb had said Uddhav Thackeray will lead the Sena after him and had asked Sainiks to stand by the latter," Pawar said.

The HC decision shows the judicial system gives justice when it is denied everywhere else, the former deputy CM said.

"As per this (order), the Shiv Sena has received justice and I express my happiness. I think after today's decision, the enthusiasm among Sainiks will be renewed," he added.