The Narcotics Control Bureau (NCB) on Friday filed a nearly 6,000-page charge sheet before a Mumbai court against 14 accused in this case of 2021 even as it did not charge six, including Aryan Khan, due to lack of sufficient evidence 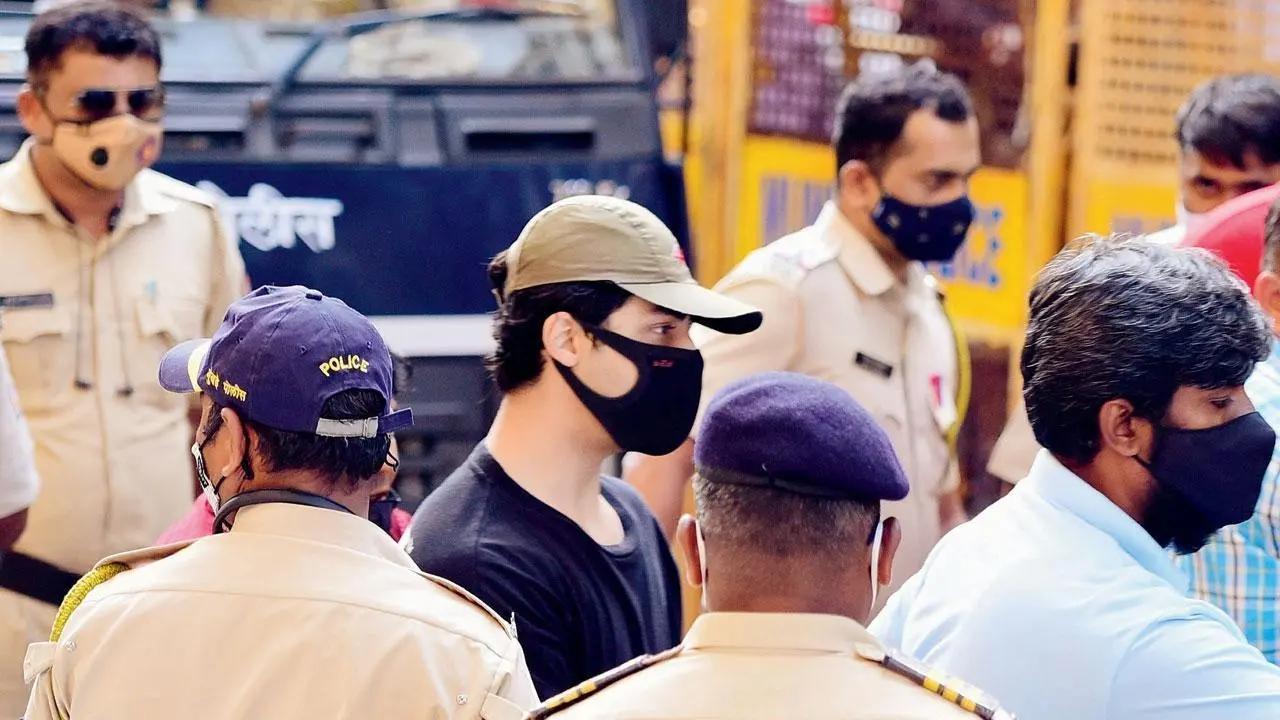 
The NCB SIT has found "grave irregularities" and gaps in the probe of the Mumbai drugs-on-cruise case with officials saying its first team that arrested Bollywood superstar Shah Rukh Khan's son Aryan did not follow rules like mandatory medical test of accused, video recording of the raids and corroborate evidence for WhatsApp chats.

NCB director-general (DG) S N Pradhan told reporters that there were "shortcomings" in the investigation and WhatsApp chat of accused had no "physical corroborative evidence" as required to prove the charges in the court.

The Narcotics Control Bureau (NCB) on Friday filed a nearly 6,000-page charge sheet before a Mumbai court against 14 accused in this case of 2021 even as it did not charge six, including Aryan Khan, due to lack of sufficient evidence.

"We have filed the charge sheet on the basis of whatever was found by our special investigation team on the last date of filing the charge sheet," Pradhan said.
Talking about the role of Khan, who spent 26 days in jail before getting bail in the case, NCB deputy director-general (operations) and SIT chief Sanjay Kumar Singh said the "basic premise" that his friend (Arbaaz Khan) was carrying drugs for him has not been proven and was found to be "fallacious".

"His friend (Arbaaz Khan) denied that he carried drugs for Aryan Khan. In fact, he told the SIT that Aryan Khan had asked that no drugs should be brought on the cruise as NCB was very active," DDG Singh said.

He said no evidence was found against Aryan Khan to corroborate that he either consumed, procured or was in any conspiracy, including international linkages with regard to narcotics, and hence the charges against him do not stand legal scrutiny.

The SIT head said "no medical examination" was done by the NCB team to prove if Aryan Khan had consumed drugs.

He added "no videography" was done by the NCB team, under its then Mumbai zonal director Sameer Wankhede, of the raids conducted by the agency on the Cordelia cruise at the international cruise terminal on the night of October 2-3 last year.

The NCB SIT also found that all the accused were not essentially inter-connected and hence in the charge sheet they have bracketed under 6-7 different sub-groups defining their limited roles.

DDG Singh said Aryan Khan's phone was seized but "legal procedures were not followed" while opening it.

"Right from start the seizure of mobile phone was questionable," he said.

He said the statement of deceased witness in this case, Prabhakar Sail, was recorded by the SIT and he told them that he was "made to sign on blank papers" and he did not see the drugs seizure on the cruise.

Another witness of the case who is in jail at present in a Maharashtra police case, Kiran Gosavi, has supported the NCB action that was undertaken on that day in October, he said.