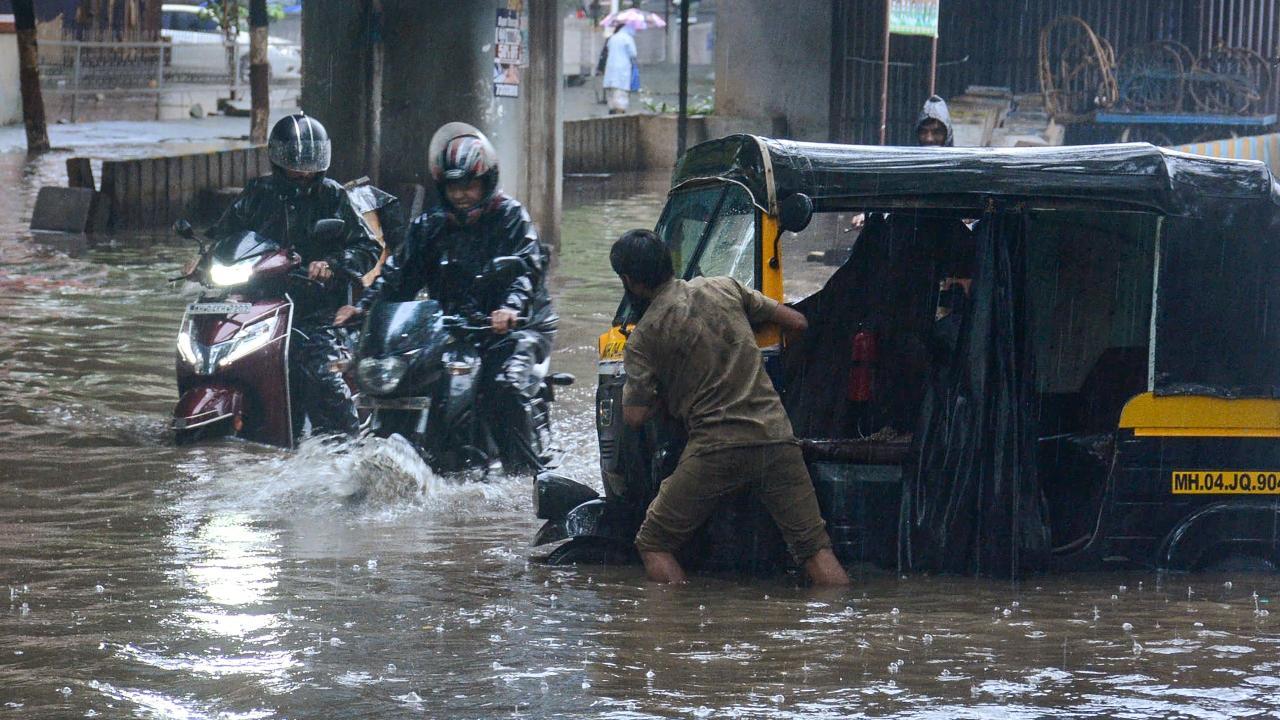 Commuters wade through a waterlogged road during monsoon rains, in Thane. Pic/PTI


Flooding was witnessed at various places in Maharashtra's Thane district after heavy rains hit the city on Wednesday night. Incessant rains led to water-logging around Chief Minister Eknath Shinde's residence in the city on Thursday morning.

Local firemen got a call around 6.15 am on Thursday about inundation near the CM's residence in Louiswadi area of the city following heavy showers throughout the night, Thane Municipal Corporation's regional disaster management cell chief Avinash Sawant said.

Civic personnel rushed to the spot and cleared the locality of the flood waters, he said.

There were also reports of tree falls at some places in the district, he added.

In neighbouring Palghar district, the wall of a Zilla Parishad school collapsed in Dahanu taluka on the intervening night of Tuesday-Wednesday after heavy downpour, an official from the district disaster management cell said.

No one was injured in the incident, he said, adding that students of the school have been accommodated in some nearby schools.

Local helped in the removal of debris from the area. Villagers have decided to send a proposal to the district administration for the construction of a new school building, the official said.

The IMD has issued an alert for heavy rain in the city and surrounding districts for the next four days. Santacruz observatory recorded 926 mm of rainfall until Wednesday and Colaba 843 mm.

Next Story : Thane: Decomposed body of man found in apartment in housing society