The Kundalika river in Raigad district, located near Mumbai, has crossed the danger mark, as per an official statement 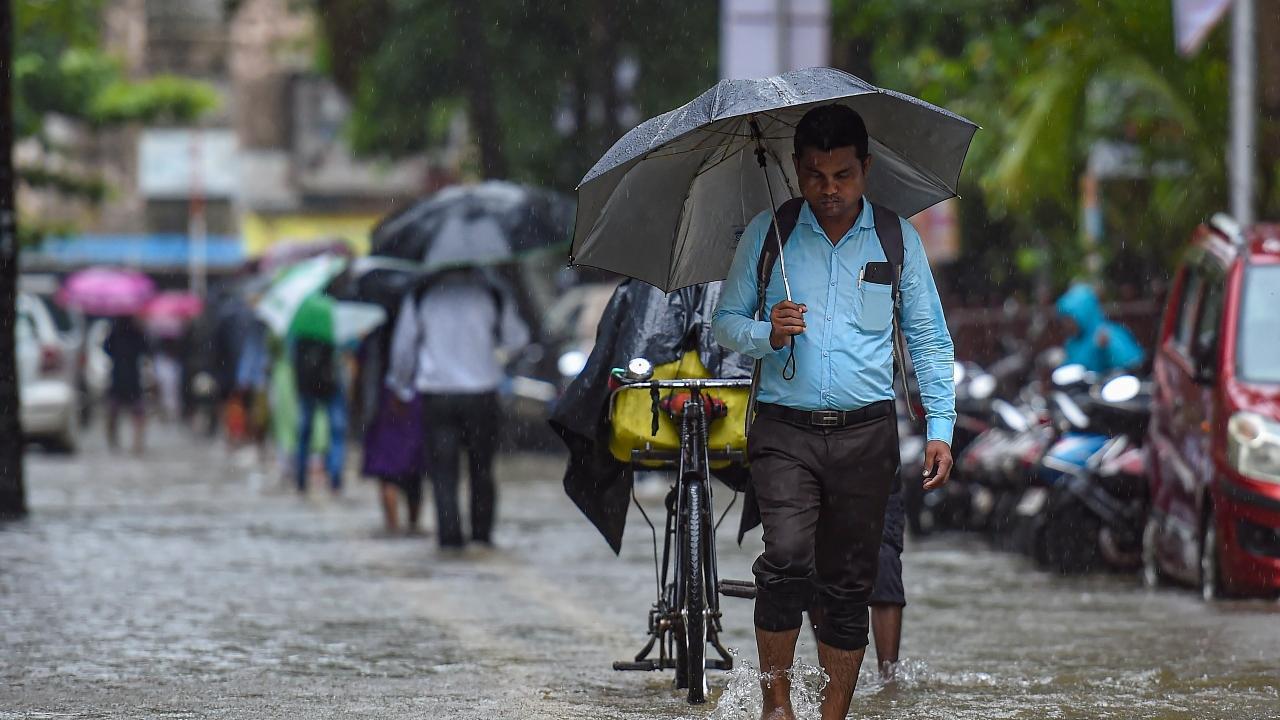 
The IMD on Tuesday issued a heavy rainfall alert for Maharashtra over the next four days, following which Chief Minister Eknath Shinde directed the state administration officials to take precautions and ensure there is no loss of life or property.

The Kundalika river in Raigad district, located near Mumbai, has crossed the danger mark, as per an official statement.

Mumbai and some of its neighbouring districts witnessed heavy rains and flooding on Tuesday morning.

The IMD has issued an 'orange alert' for south Konkan region and Goa and a 'yellow alert' for north Konkan, north central and south central Maharashtra and Marathwada regions.

The MeT department issues four colour-coded predictions based on the prevailing weather systems. The green colour indicates no warning, yellow is to keep a watch, orange is to stay alert, while red means a warning and that action needs to be taken.

The Marathwada region is likely to witness thunderstorms accompanied with lightning, heavy rain and gusty winds with a speed of 40-50 kmph, the IMD said.

The Chief Minister's Office in a statement said CM Shinde is in touch with collectors of Thane, Raigad, Palghar, Ratnagiri and Sindhudurg districts. The National Disaster Response Force has also been asked to remain alert.

"The situation in Mumbai is also being closely monitored," it said.

The Kundalika river in Raigad has crossed the danger mark. The water level of the Amba, Savitri, Patalganga, Ulhas and Gadhi rivers was a little less than the danger mark, it said.

In view of the increasing rains and flood-like situation, Chief Minister Eknath Shinde has held discussions with Chief Secretary Manu Kumar Srivastava. Guardian secretaries have been asked to reach their districts and monitor the situation," the statement said.

"Instructions have been issued that there should be no loss of life or property in view of the heavy rainfall and flood like situation. The chief minister is in touch with collectors of all districts in the Konkan region," it said.

Officials of the water resource department have been asked to remain alert and take necessary precautions in view of the heavy rains, it said.
People, especially in Thane, Palghar, Raigad, Sindhudurg, Ratnagiri and Kolhapur, where the rainfall intensity is more, should be alerted about floods in advance, the statement said.

Next Story : Maharashtra: NDRF teams on standby as heavy rains continue in Mumbai, nearby areas