Our reporter visits Kathmandu to reveal inner workings of mobile loan racket even as 200 km away, an office full of workers was dedicated to morphing images of borrowers to defame them 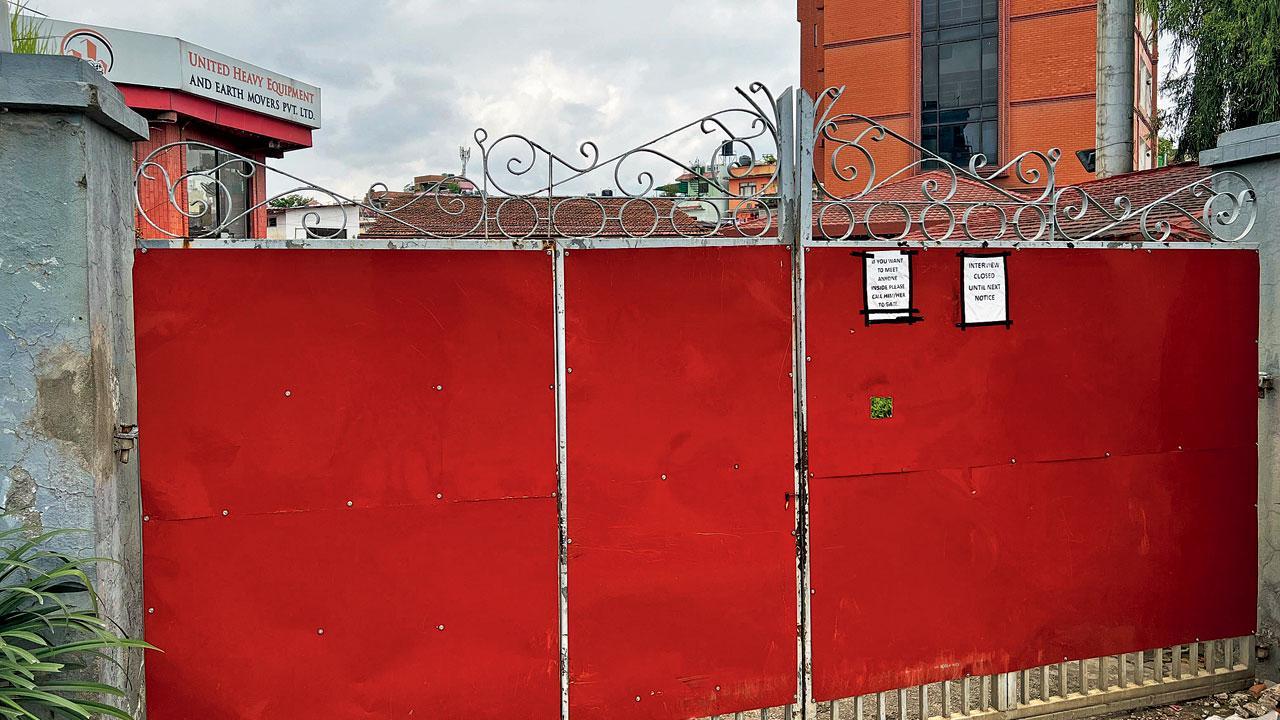 The canteen of the now-shut call centre at Tinkune, Kathmandu, used to cook for 1,000 people a day


Mumbai was the prime target of three call centres that were recently busted by the Nepal police over instant loan apps. Run by Chinese nationals, these call centres—at Tinkune and Thamel in Kathmandu and Butwal in Rupandehi district—sucked out hundreds of crores of rupees from India’s financial capital every month. The Nepal police action came after mid-day broke the story on the instant loan app scam, followed by a series of reports.

Sources in the Nepal police said the callers, or recovery agents, were paid between Nepalese rupees 55,000 and 1.5 lakh—equivalent R34,000 and R94,000—every month. One of the call centres operated from Tinkuney, just 1 km away from the Tribhuvan International Aiport in Nepal capital, while the other was in Thamel, a popular tourist place 4 km from the airport, where 4 Chinese nationals were arrested from the third floor of a building. 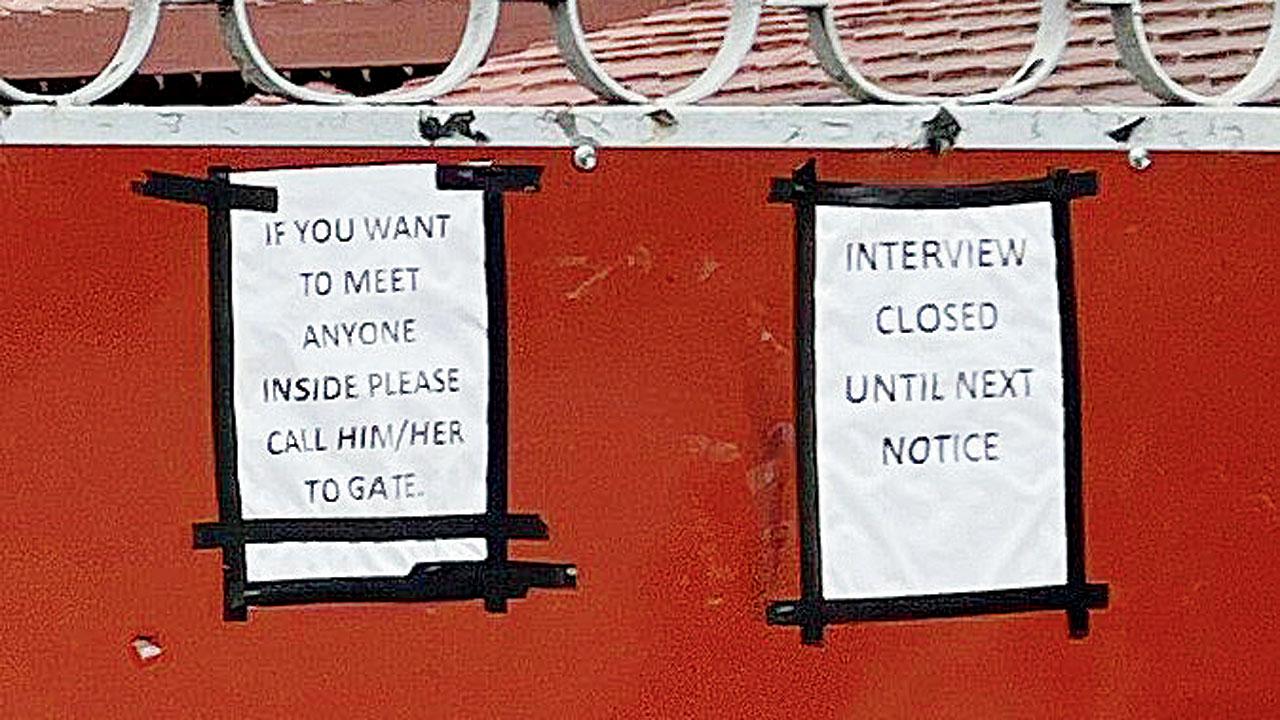 The notice on the main gate

The size of the Tinkune call centre indicates the scale of operations of the Chinese loan sharks. It can accommodate 1,200 employees and ran a huge canteen that cooked food for about 1,000 people a day, with its monthly kitchen bill running into 60 lakh Nepalese rupees.

A local resident who runs a tea shop near the Tinkuney call centre said they knew the employees were into the recovery of loans from Indians. “A lot of them would visit my tea stall and discuss work. Sometimes, they would play the recordings of abuse-filled calls made to Indian borrowers but we had no idea what exactly was happening at the call centre until the police raided the place,” he said. 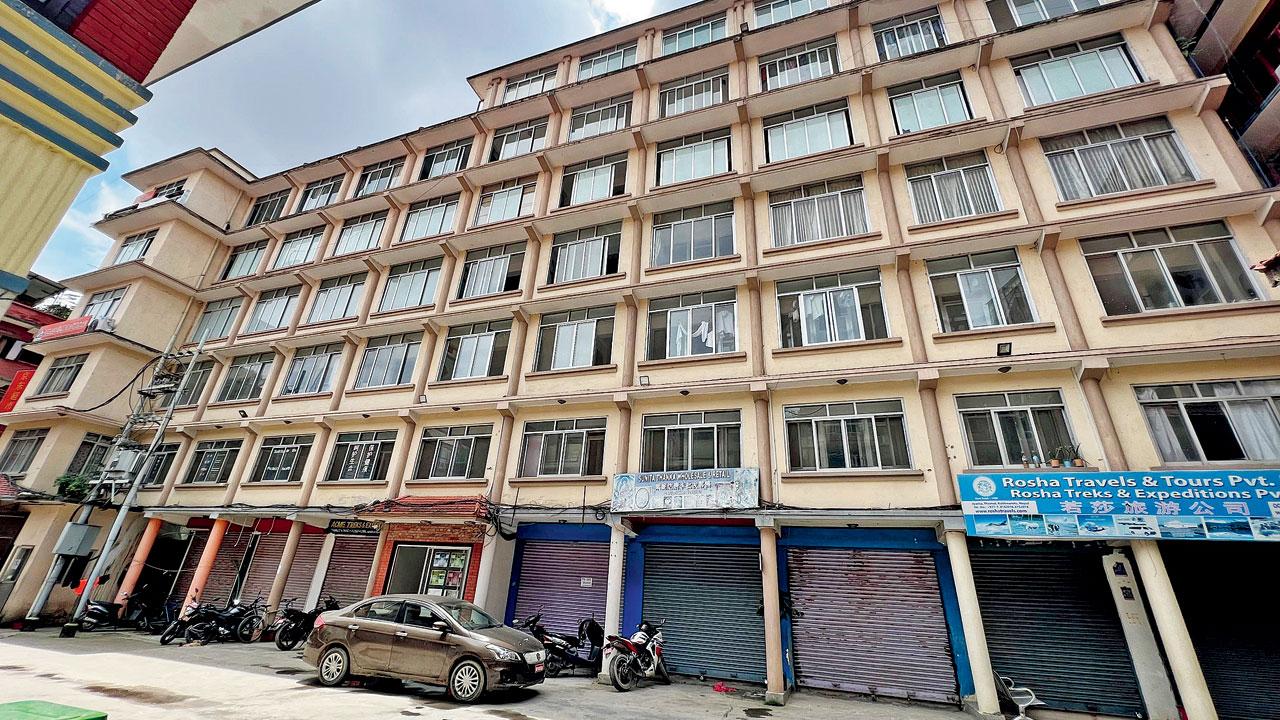 This correspondent found a security guard and a few caretakers at the call centre, known as Sky World Service Centre. “No one is allowed inside, it has been sealed and no interviews are happening here now. The owner has not come to the place since the raids were carried out,” said the guard. Tinkune has a lot of commercial and residential areas and many call centres operate from this area due to its proximity to the Kathmandu airport. The area is also known for the Nepal Oil Depot, a heavily guarded facility that sits a few hundred metres from the call centre raided by the police. 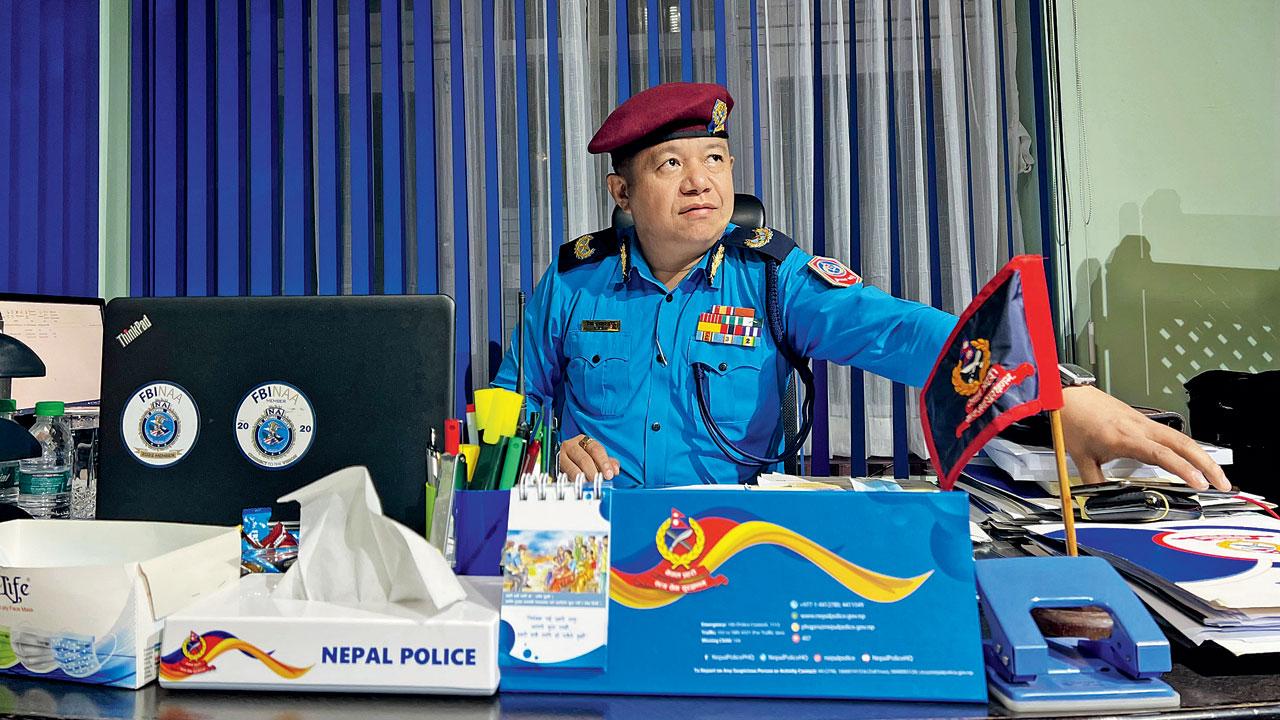 Police sources said most employees at the call centre were made to call borrowers in Mumbai and other parts of Maharashtra. A 19-year-old Indian woman, Neha Gupta, was the group leader of the call centre. “She led various groups and would take interviews of Nepali nationals who were good at Hindi and could communicate with Indians and give threats to them for recovery of loans,” said an officer of the Kathmandu police privy to the investigation. Gupta drew a monthly salary of 65,000 Nepalese rupees and commissions based on recovery. Originally from Bihar, the young woman was living in Kathmandu for the past year. 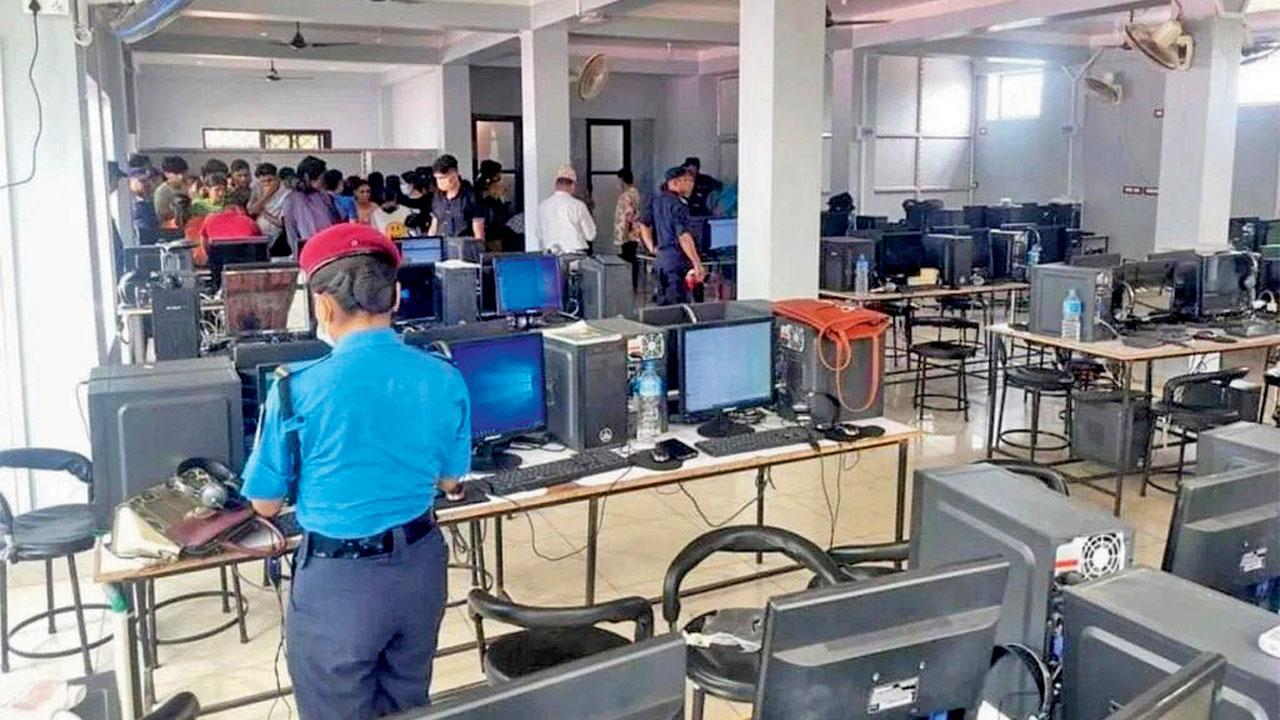 Another Indian, identified as 26-year-old Manish Saini, was the manager and was paid around 1 lakh plus commission. Saini, a source said, would provide the content and scripts to the employees who would then target Indian borrowers. “We have kept them in the lock-up and every angle of the case is being probed by our team. We have sent hundreds of laptops and computers to the forensic team to recover data to get the exact details as to what they were doing,” said Dineshraj Mainali, spokesperson of the Kathmandu police. 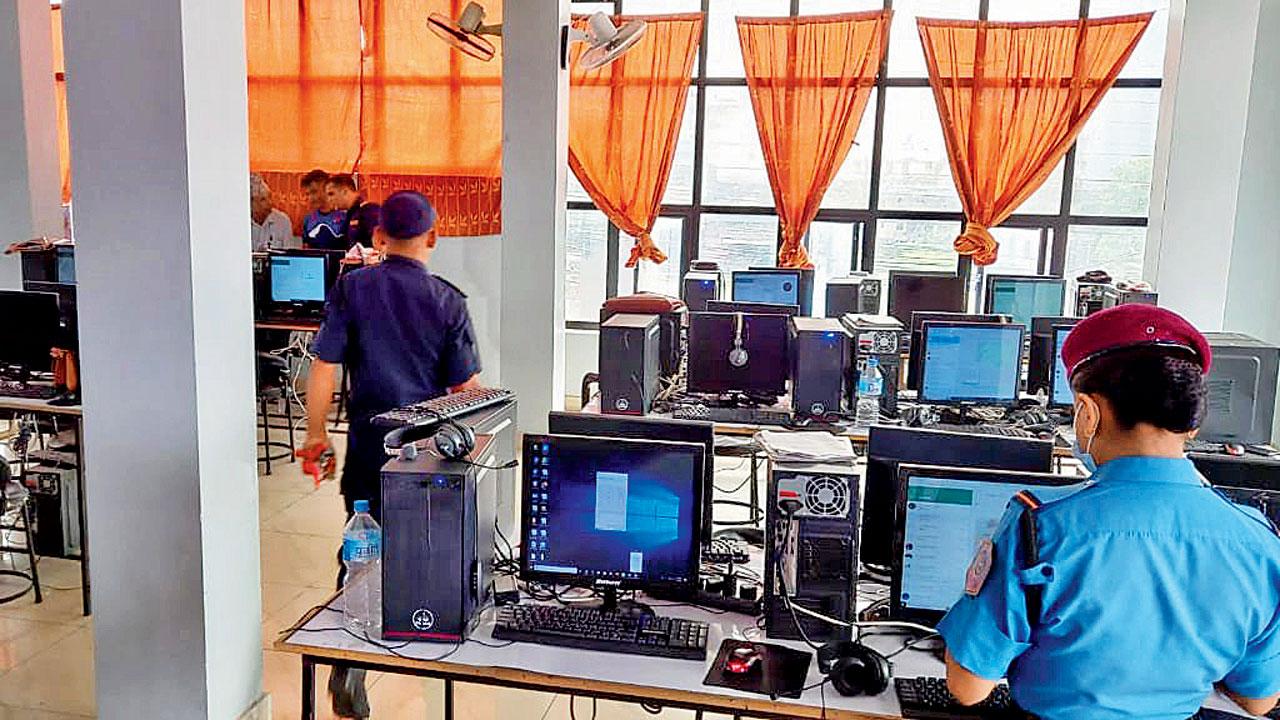 The call centre at Butwal. The Chinese nationals behind it are on the run

Sources said Gupta and Saini came to Nepal in February 2021 and joined the call centre in November 2021. “The call centre was being operated from January. We suspect before some other Indians also worked with the call centre and later they shifted to India to set up call centres there,” said a Nepal police officer who did not wish to come on record.

Hu Yuehua, said locals, was the head of the Tinkune call centre. Now arrested, Hu would visit the premises once a week in high-end cars. “The police had kept a watch. The day the Chinese national came on his routine visit, they raided the place and arrested 36 people including him and the Indians,” said a former employee who quit after learning that the work was illegal. Yuehua came to Nepal at the same time the Indians arrived. The questioning of those arrested at Tinkune call centre led the police to the one at Thamel, a famous tourist place. This call centre, with no name, operated from the third floor of a building inside the compound of the Vienna Hotel. The local market is also a hub for Nepali attire, stone jewellery, and tea. Most hotels in the area have bustling nightlife. 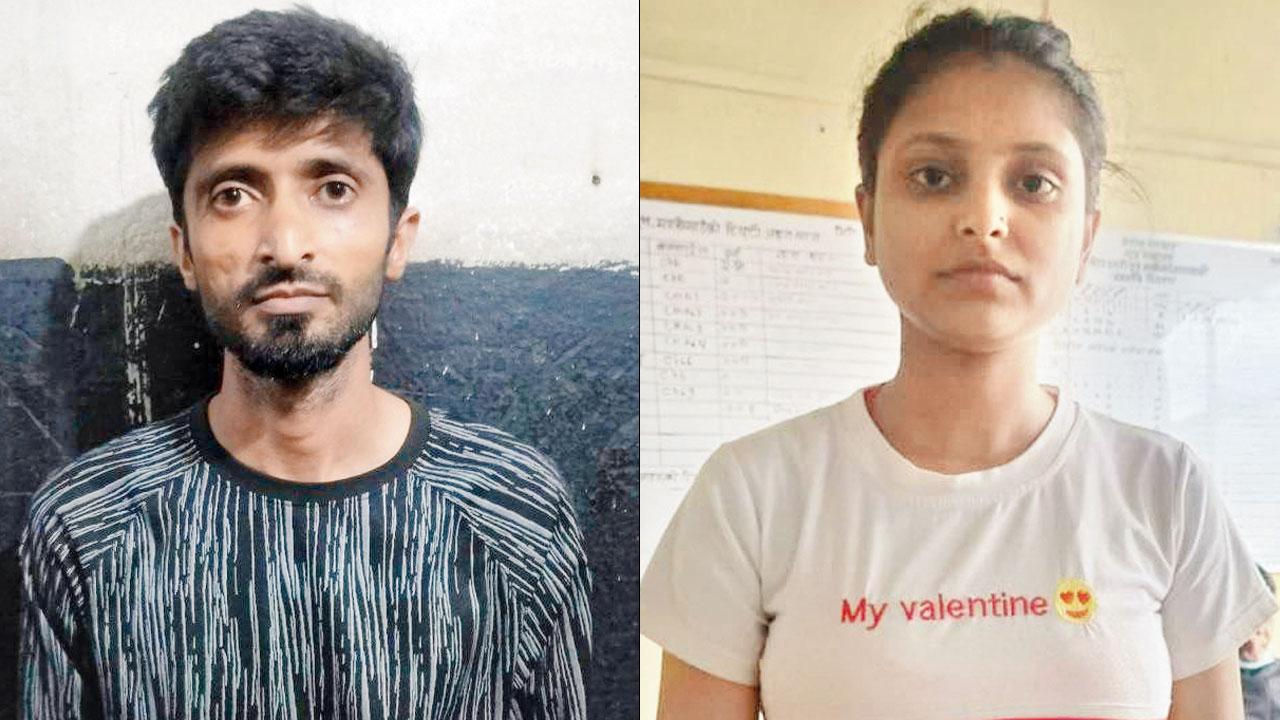 Manish Saini, an Indian, was a manager of Tinkune call centre (right) Neha Gupta from Bihar worked as a group leader

When mid-day team visited the place, we found the entire building empty. The guard said nobody from the staff had visited the call centre since the raid. He said the area has a large Chinese population and many of them used to work in the building. “We are analysing their mobile phones and the seized electronic gadgets and we believe that this centre was meant to collect details of monetary transactions and coordinate with other centres not only in Nepal but in India,” said another officer requesting anonymity. The Kathmandu police have not invoked sections of their cyber laws. Instead, they have booked the suspects for creating public nuisance and obstructions where the maximum punishment is just one year with a fine of 10,000 Nepalese rupees. The offences are bailable.

The police arrested 150 people from the call centre at Butwal city in the district of Rupandehi, 200 km from Kathmandu. It was run in the name of Blue Sky Call Centre. “Most of the morphed photographs sent to Indian borrowers to recover the loan amounts originated from this call centre. The employees were also sending promotional messages of loan apps and some other cybercrimes were also taking place from this centre,” said DIG Tek Prasad Rai, information officer of the Nepal police.

The investigators have found that this centre was also run by Chinese nationals who were perhaps tipped before the raids and went into hiding. Sources said that the Rupandehi and Kathmandu call centres are linked to each other. After setting up the call centres in Kathmandu and Rupandehi, sources said, the scam masterminds gave job advertisements in Nepal only for Hindus. Most of the arrested agents got offers through an organisation called Job Link.

Sources said many more call centres being run by Chinese nationals are on the radar of the Nepal police, while a few have shut down after last week’s raids. “Our intelligence says that these centres are responsible for various cybercrimes in Nepal as well as in India.”

5
No of Chinese nationals held in Nepal so far

Next Story : Mumbai: Antilia threat behind SC’s decision on security to Ambanis