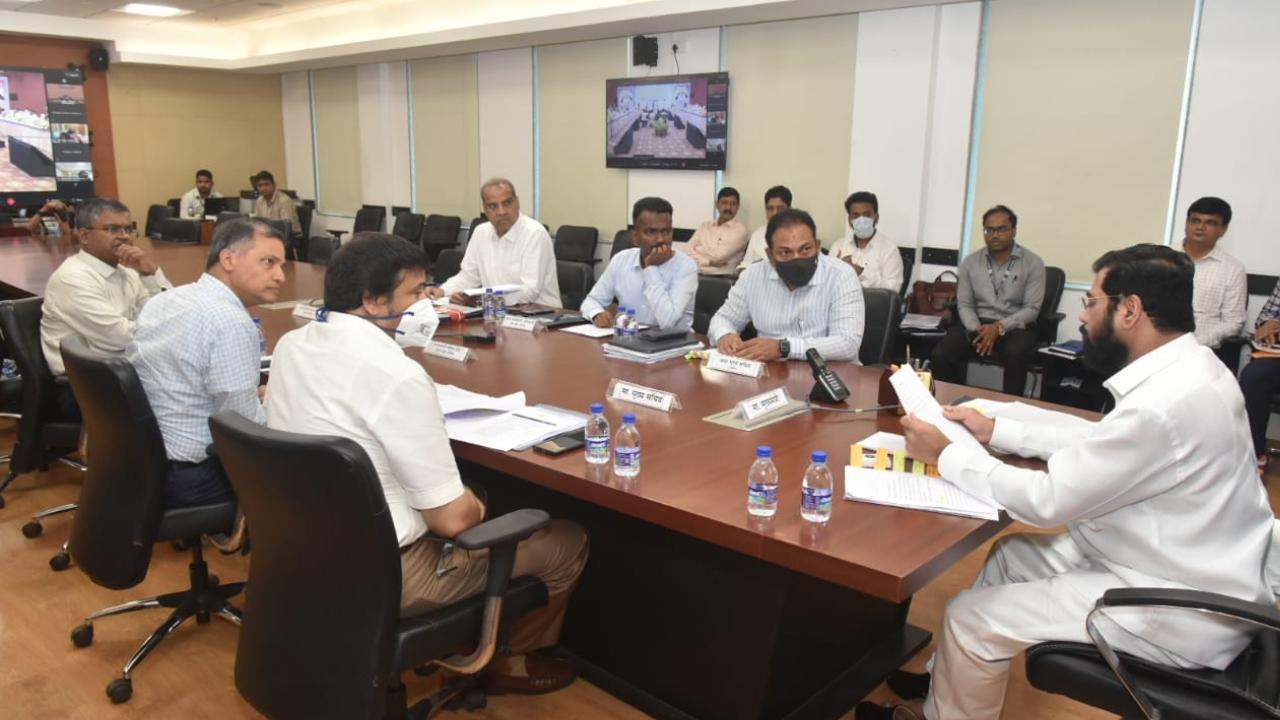 A puja was held at the tastefully decorated office of the chief minister before Shinde took charge. His chamber had a large photograph of Shiv Sena founder Bal Thackeray and a picture of Shinde's mentor Anand Dighe next to it.

"Balasaheb belongs to the entire state and nobody can change this fact," he said, when asked about the Uddhav Thackeray-led faction's objection to the use of the late Sena founder's name and photograph by the Shinde group.

Targeting Shiv Sena MP Sanjay Raut, Kesarkar said, "Raut is closer to Sharad Pawar, I don't know about Uddhavji. When I realised that the Shiv Sena is facing problems in the Maha Vikas Aghadi (MVA- comprising the Sena, NCP and Congress), I tried to convince Uddhavji. I have never met him for a ministerial post."

"In 2014, he had told me he was unable to make me a cabinet minister because he had to give first priority to Sena leaders who had worked with Balasaheb. That is why I respect Uddhavji," he said.

"With such an action, you are insulting women. She is a five-time MP, who has held the Shiv Sena flag high," he said.

The Uddhav Thackeray-led faction on Wednesday nominated Rajan Vichare as the party's chief whip in the Lok Sabha, replacing Gawali.

In power in the Maharashtra government now, the Bharatiya Janata Party (BJP) has decided to target the Shiv Sena’s dream projects in Mumbai. One of these is former minister Aaditya Thackeray’s cycle track around Powai lake; others include the Ashray Scheme—housing for conservancy staff, and upgradation of seven sewage treatment plants, in all around five projects worth approximately Rs 48,000 crore.