Says was denied top posts in 2019; claims Sena leadership’s efforts to finish him 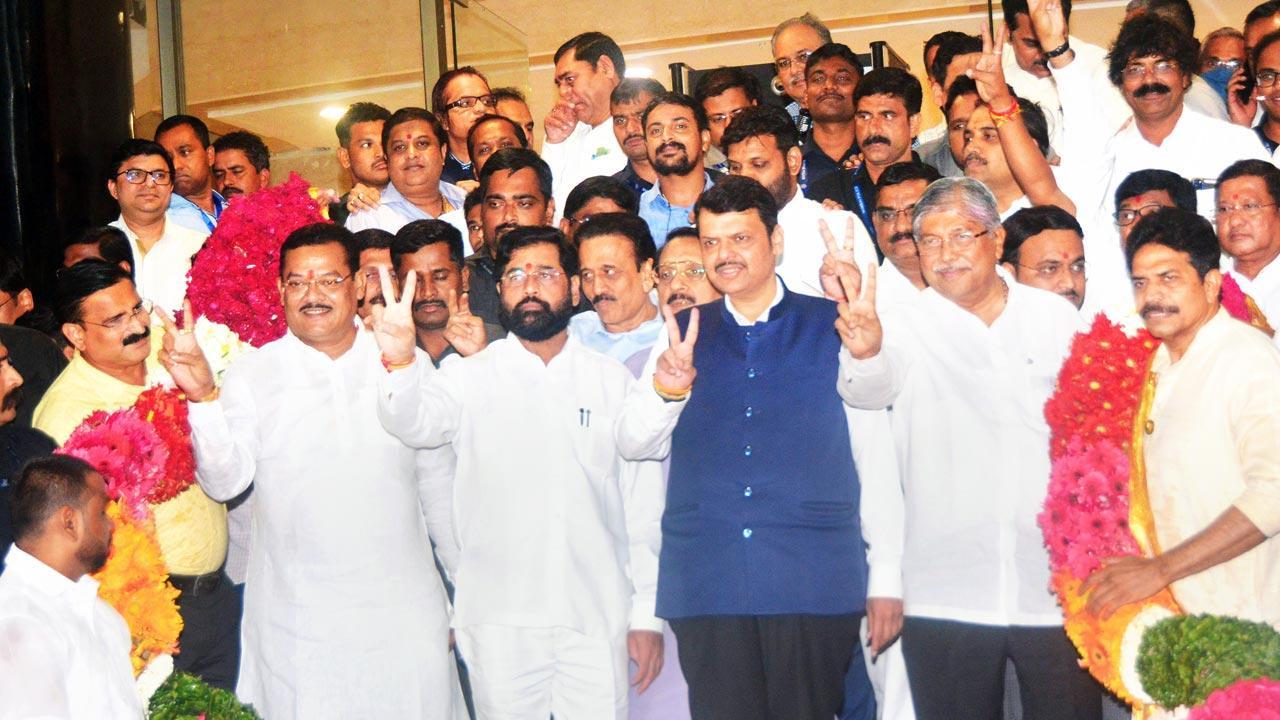 
Chief Minister Eknath Shinde just stopped short of revealing all secrets of what he called a ‘revolt’, not ‘rebellion’, after winning the confidence vote with 164 against 99 in the Assembly on Monday. The Shiv Sena faction leader, who decamped with 40 party MLAs and 10 independents to topple the Uddhav Thackeray government, minced no words while telling the house the reasons behind his ‘historic’ move.

Shinde said it was decided he would be the CM after the MVA was formed in 2019, but the party leadership had said he was not acceptable to the allies. “Ajit Pawar told me later that his party was not opposed to my candidature because it was the Sena’s internal call. But we were told that the NCP did not want me for the post,” the CM said.

Speaking about the events in 2019, he said the BJP had agreed to give Sena deputy CM’s post but the party rejected the offer. He narrated how Sena MLAs were disappointed with the Maha Vikas Aghadi and feared extinction of the Sena in the hands of the allies, unchecked by the Sena leadership which had departed from the late Balasaheb Thackeray's Hindutva ideology.

“It is rare that ministers and elected MLAs have shifted. Usually, people who are not in power get attracted to the people in government, but this time around it was something else. It was for Hindutva ideology that the people gave us the mandate in 2019. I am proud of my 50 MLAs who risked everything against the then mighty government and the machinery at their disposal,” he said.

Shinde said, “I told my colleagues that I will protect them and their careers. I was ready to be a sole martyr in the fight. I told them I will lay my life for them. There was no coming back.” He also slammed the Uddhav Thackeray Sena for abusing them, removing them from the party and other positions. Recalling the sacrifices he made for the party, he said, “Despite all that, they were out to destroy me.”

One more MLA Santosh Bangar joined the Sena group hours before the floor test, taking the number to 40. “Bangar told me that of the 15 left there, four to five are willing to come over to our side.”

He added that his MLAs had not betrayed the Sena because they did not cross vote in the Rajya Sabha and Council polls.

Shinde said he had approached the then CM Thackeray at least five times about the unrest brewing in the ranks. “We couldn’t speak against the parties that spoke against (Vinayak) Savarkar and couldn’t demand action against the people who had links with Dawood Ibrahim. We couldn’t ask for renaming Aurangabad and Osmanabad, which happened only after we revolted,” he said.

“How could we sit with the Congress that had asked for disenfranchising Balasaheb Thackeray? It (revolt) is not a one-day event. It has been brewing for a long time,” he said.

His colleague Gulabrao Patil said he had gone to their party chief Thackeray to request him to talk with Shinde. “But I was bluntly told I was free to go if I wanted. This was the attitude. Can’t you value MLAs and ministers? We were never asked to return. The coterie around our leadership has brought the party to such a stage.”

Shinde said he had the full support of Prime Minister Narendra Modi, Home Minister Amit Shah and BJP national president JP Nadda. “But I must also thank the real artist behind all this, Devendra Fadnavis,” he said as he went on to reveal how the two would meet. “I would go out after my colleagues were sleeping and return before they woke up.”

He vowed to win more than 200 seats next time, together with the BJP. “Who says the MLAs who shift sides don’t win again? We have not quit the Shiv Sena. We don’t care what election symbol we get, but I will ensure that all my 50 MLAs return to the house. I, along with Fadnavis, will ensure that we all get 200 seats in the next polls.”

Shinde said the 15 MLAs who voted against his whip were liable for action (disqualification).  In a surprise move, the Shinde Sena-BJP moved a confidence motion to support newly elected speaker Rahul Narwekar on Monday and passed it. Fadnavis said, “The MVA moved a no-confidence motion against the speaker to stall the disqualification proceedings as the speaker cannot decide on petitions if he faces a no-confidence notice. It was the MVA’s plot which we defeated.”

The group led by Uddhav Thackeray said they would be pressing for disqualification of 40 MLAs who have violated their whip. The party moved the Supreme Court on Monday, but was told that the matter would be heard on July 11.

Earlier, the speaker had approved Shinde as a leader of the Sena legislative party and Bharat Gogawale as chief whip, displacing Ajay Chaudhari and Sunil Prabhu of the Uddhav group.

164
No. of votes Shinde-Fadnavis got during the trust vote 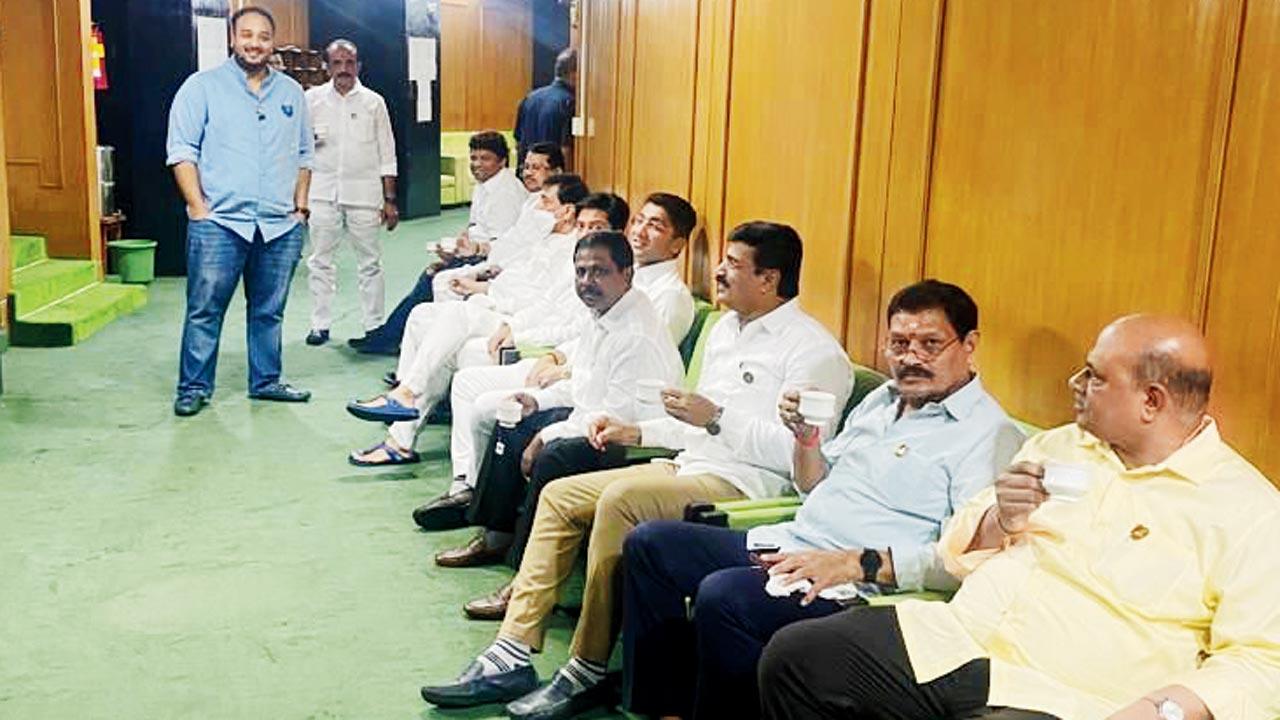 Nine Congress MLAs could not vote as they arrived after the doors to the house were shut. MLA Zeeshan Siddique said the doors closed couple of minutes before they could enter. “We requested the speaker to allow us because the voting had not begun, but were denied entry.” Ex-CM Ashok Chavan, however, denied any political angle to the development. “The fact is that we arrived late.”

To cut VAT on fuel

CM Eknath Shinde announced that the government will reduce VAT on fuel to give relief to the people. “The previous government did not do it even after the PM’s appeal. We will do it by formally taking a decision at the Cabinet meeting,” he said.