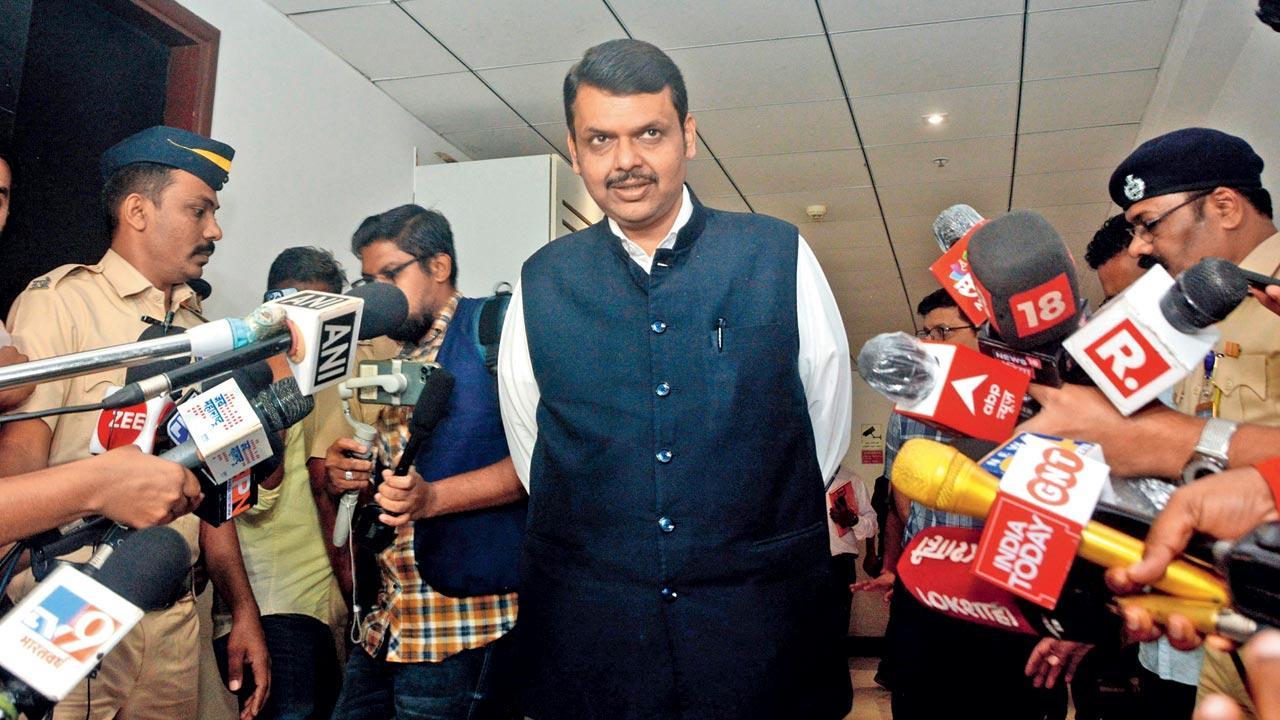 
Taking potshots at the opposition that has accused the BJP of misusing the Enforcement Directorate (ED) to form the government with the Shinde Sena, Deputy Chief Minister Devendra Fadnavis countered the jibe in the Assembly on Monday. He said: “Yes, what you say is true… it is an ED government… Eknath-Devendra Government. All these people (MLAs) have come here because of Eknath and Devendra…”

He said he was constantly ridiculed for his poem ‘I will be back’. “See, I have come back and not alone, but with all these people. I want my revenge. But my revenge is to forgive who ridiculed me,” he said, beginning the debate on a confidence motion. “Some people thought that what we do is only for seizing power, but Modi ji has shown that power is not important. The PM told us that we should respect the public mandate by making the follower of Balasaheb Thackeray’s Hindutva the CM. I would have sat at home if I was asked by the party. I tell you very clearly that I’m standing in support of Shinde and ensuring his success.”

“There will be no power struggle or distancing. We will not play against each other. Our friendship has never ended,” said Fadnavis, adding, “Chanakya must find Chandragupta when the people in power become autocratic.”

He recalled what he called “frivolous” cases against BJP leaders and elected representatives. “People were put in jail for months for political posts on social media. We’re still friends; Maharashtra is not south India where politicians don’t see eye to eye. Political positions change but people in power behave as if they will be there forever forgetting that they have to face an examination every five years. But we will not act for revenge. We will carry on with the decisions [taken by the MVA] on merit,” said the deputy chief minister.

Fishy about it: Ajit

Ajit Pawar, who was appointed the opposition leader on Monday, wondered why a leader with 40 MLAs was made the CM instead of one from a 106-MLA party (BJP). “Please bear in mind that there is something fishy about it,” he told Shinde. “Don’t be surprised if they tell you became the CM because of 106 MLAs.”

He said the MLAs who quit Shiv Sena have never returned to the house. In a jibe at Fadnavis, he asked, “You have been saying Shinde is a Shiv Sainik and appreciating him. Why? If Shinde was so good, why was he not given more portfolios when you were the CM? Why did you give him MSRDC?” He also questioned the legality of the confidence motion when the matter was pending in the Supreme Court, which has scheduled the next hearing on July 11.

Pawar said that Shinde was among the probable candidates for the CM’s post in 2019. “But Uddhav Thackeray accepted the responsibility relying on your support. The party you are with now has expanded its base being with the Sena. Now you will try to grow and the BJP too will do the same. The clash is imminent,” he cautioned the CM.

Responding to Pawar, Fadnavis said Shinde proved his worth by implementing the biggest projects like the Samruddhi Mahamarg. Later, Shinde said the portfolio distribution was not in the hands of Fadnavis. “Why did NCP and Congress give Sena the CM’s post when the two together had 100 MLAs? Why had NCP conceded the CM post to the Congress despite winning more numbers in one of the three terms they had together till 2014?”