On the first anniversary of Father Stan Swamy’s death on July 5 today, Father Frazer Mascarenhas remembers the priest who worked at the grassroots and became the voice of those who were not being heard — and who many believe was falsely implicated and unjustly incarcerated in the BK-16 case 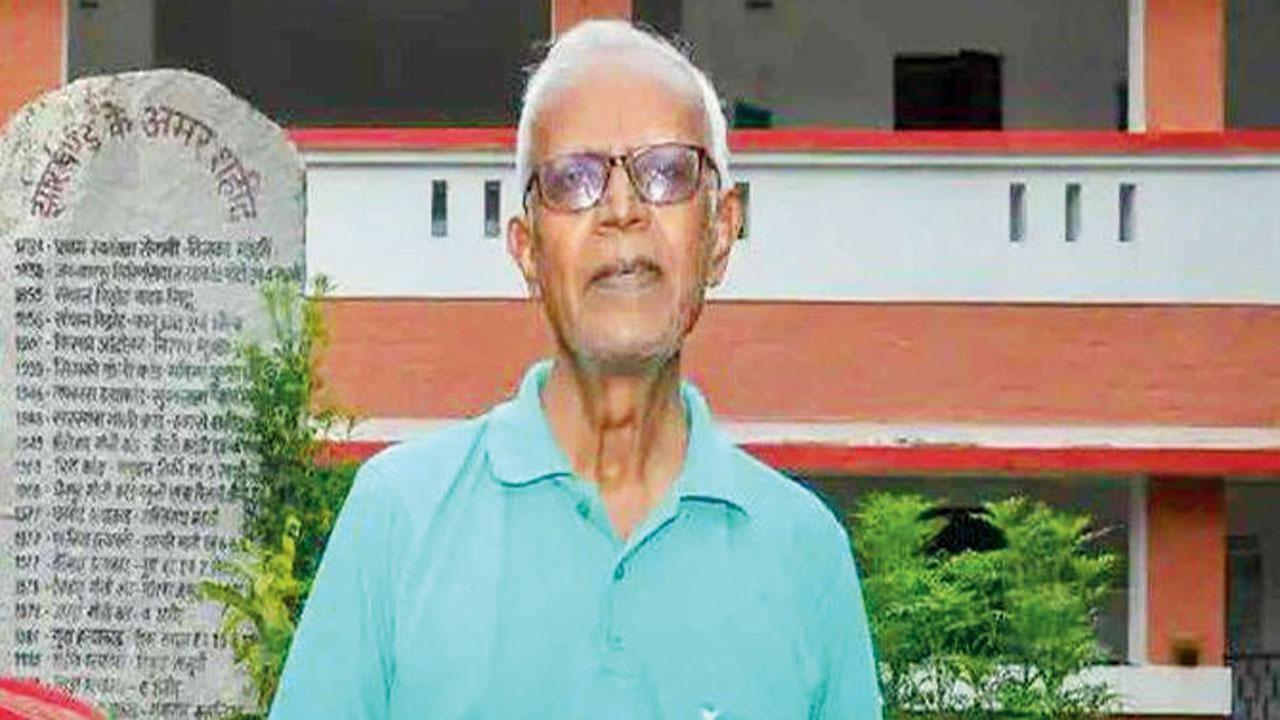 
Father Frazer Mascarenhas had his first interaction with Father Stanislaus Lourduswamy, fondly known as Father Stan Swamy over 30 years ago as his student in Bengaluru and Swamy taught him the social analysis subject. Mascarenhas was surprised and encouraged to see Swamy taking up grassroots work while fulfilling his duty as the academic head at the institute-. “It is what he was preparing for all those who came for his courses to do -- go to the grassroots. So, he led by example, he lived at the grassroots empowering people for the rest of his life.”

Almost three decades later as fate would have it; the St Peter’s Church parish priest Mascarenhas was in touch with Swamy, when he was in jail, due to proximity. After that, Mascarenhas met Swamy every day when he was in Holy Family Hospital in Bandra because the court had appointed him custodian, and he was the only one allowed to meet him besides the doctors and nurses. It has been a year since Swamy passed away at the Mumbai hospital on July 5, 2021 at the age of 84. He was suffering from Parkinson’s disease and other age-related illnesses and his condition had only worsened while he was situated in Taloja Central Prison. Earlier, Swamy was arrested on October 8, 2020 by the National Investigation Agency (NIA) under the Unlawful Activities (Prevention) Act (UAPA) Act in connection with the 2018 Bhima Koregaon violence. He was the oldest among 16 activists and lawyers arrested in the case. 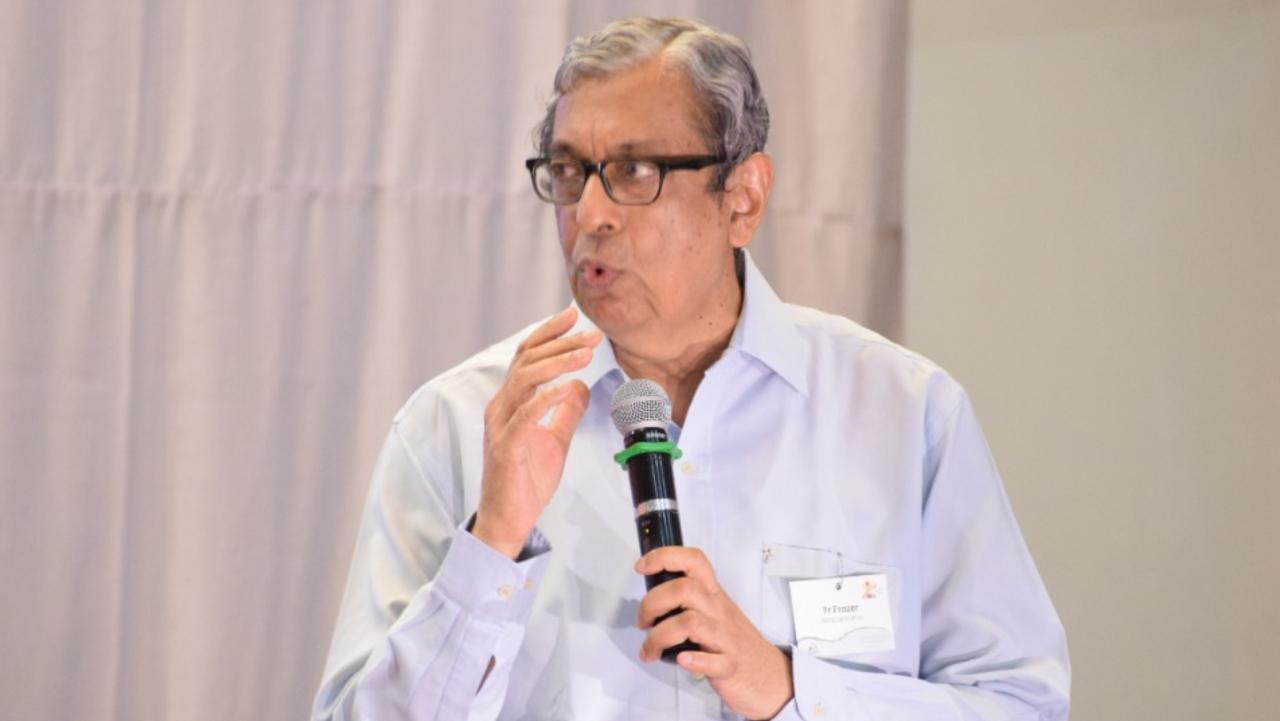 The last one year hasn’t been easy for anybody closely associated with Swamy, especially after what he had to go through in his final days but every single one, who has been inspired by him, including Mascarenhas, has taken the fight forward. “The time when he was in hospital was a very traumatic period because he came in very ill and then he showed signs of improvement and there was hope of him being released on bail,” shares Mascarenhas. The Bandra-based parish priest added that during this time Swamy was also keen on coming back to normal life, so when the heart failure that developed and quickly took his life, was tragic for all close to him.

Swamy’s death triggered a series of actions, not only for the activist but for all those living in bad conditions in jails in India. He explains, “It was very clear that two or three things needed to be done. One was to clear his (Swamy’s) name because we were sure that this is a fabricated charge. He was not involved in terrorist activity, and since there has been no trial, no evidence produced and cannot be produced after his demise.”

The fact that his death was caused by the harsh treatment he had in the jail, Mascarenhas said it was their second issue to be addressed. “We wanted inquiry into these issues because it did not just claim his life, but it is also causing misery to others, and definitely to all his colleagues in the so-called BK 16. So, it was important for us to throw light on the conditions in that jail and especially the way these political prisoners are being treated,” he adds.

The third was to simply carry forward his work of empowering Tribals, Dalits, and those who are being subjected to injustice. Mascarenhas reminds it because that is what he gave his life for. “He clearly said, ‘I am not ready to keep quiet, I'll face the consequences’ and therefore, his commitment to justice and working for just treatment of those who are powerless is something that we are inspired to carry on with us.”

Keeping this in mind, Mascarenhas on behalf of all the Jesuits in India, who were his family, and particularly those from Jamshedpur, filed a case in the Bombay High Court for the first two purposes. “The hearings have started but it just keeps getting adjourned. So, I don't know how far or how soon it will conclude, but it is a court process and we will leave it at that,” he says.

‘Injustice is at its height now’

While Mascarenhas’ and Swamy’s Jesuit family have taken the legal course of action, the former principal of St Xavier’s College, says the situation right now doesn’t seem encouraging to try to continue his legacy and in fact, has developed into a sad situation.

He explains, “The BK-16 was only a test case, it looks like, to use against others and since they seem to have legally succeeded in keeping these 16 in jail, even without trial, it became easy for them now to do the same with others. That is what we have felt has happened to the anti-CAA peaceful protesters, who are implicated in the Delhi riots. That is what has happened to Teesta (Setalvad) and others.”

He highlights that it's not something that he has seen as an improvement in. “On the contrary, the tragedies are on the rise. The injustice is also therefore at its height now – starting with Father Stan and his colleagues, and going on to others.”

“We are in a very serious human rights situation in the country,” he says.

Leaving behind a legacy

Mascarenhas believes Swamy’s work, which was a combination of theory and actions, will continue to be his legacy for people to know. Despite battling a life-threatening illness and age-related ailments and being denied bail multiple times; he could not stop worrying about people’s rights and issues.

“His concern, while he was in the hospital, was the harsh treatment meted out to his co-prisoners in the jail, Tribals back home and about other social workers who seem to have been under threat now of being incarcerated like he has been,” says the social scientist.

“So his concerns really were not at all in fact about his own welfare. His concerns were about others who have been unjustly treated and are in danger. I thought that was quite remarkable and that is a good memory to keep,” he adds.

Even though Mascarenhas’s interactions with Swamy were sporadic over the years till the latter’s time in jail and subsequent demise, the Mumbaikar’s admiration for his work is evident, especially because they had more than one thing in common besides being clergymen. While Swamy put theory into practice, Mascarenhas being an academician had done his PhD research on tribal culture in India and thus clearly understood the former’s sentiment.

In fact, even a year after Swamy’s demise, it is hard to forget how St Peter’s Church in Bandra, where Mascarenhas is the parish priest, was vocal about the injustice done to the tribal rights activist. They regularly depicted the number of days he was in jail and how they were praying for him during that time. However, does Mascarenhas see the church as a vital instrument to bring about change in society?

“The church is one of the paths of civil society. We are not part of government or of administration or of the business etc. We are running what could be called NGOs. So, the church along with civil society has to have a say in policymaking.” He adds, “Policies are made by elected legislators, yes, but we don't only cast our vote and then say ‘now you do whatever you like’. No, we cast our vote and then we continue to lobby with the legislators, the government on a good policy. That is what a democracy is about. It's about the participation of people in decision making. So, the church plays its part along with other groups. It is a small group in India and is not a very powerful group and whatever small amount of assistance in the democratic decision-making process it can contribute to it should and does,” he concludes.