Nana Patole says the party was protesting against the 'dictatorial attitude of the Narendra Modi government', and attempts to 'supress the opposition's voice' will not succeed 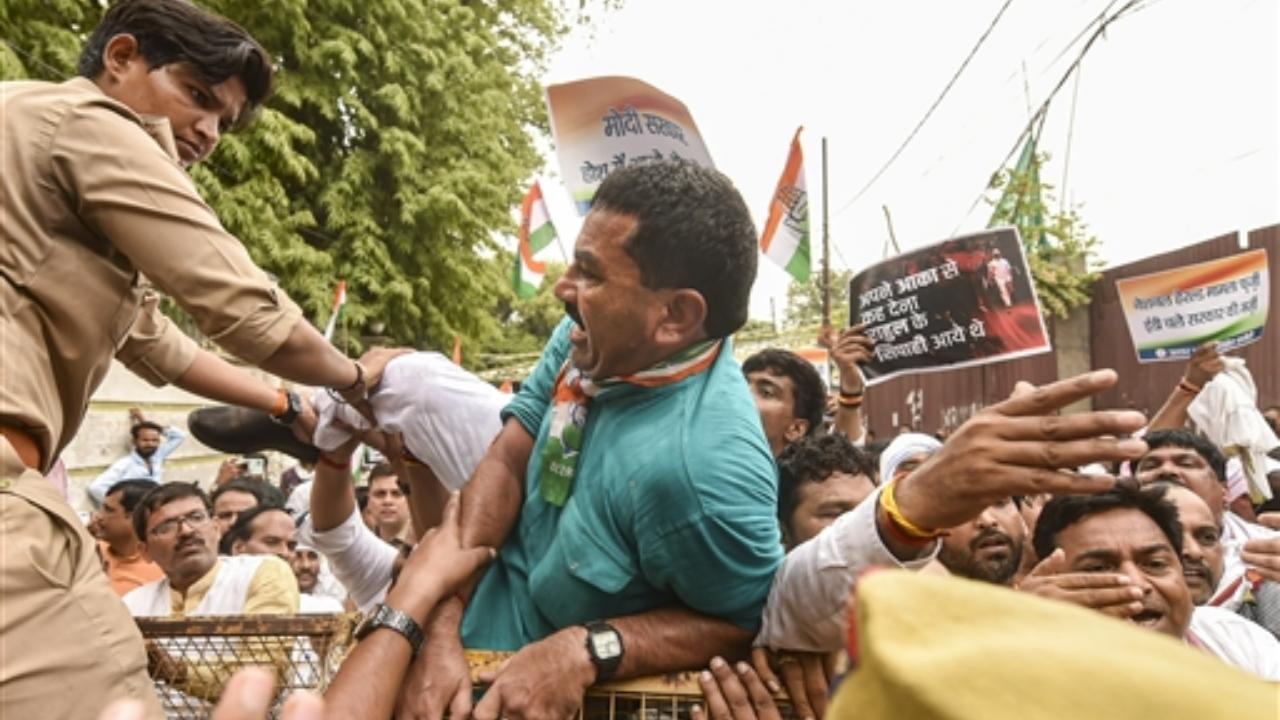 
Senior Congress ministers of the state government were detained by police after they protested at Raj Bhavan against the Enforcement Directorate's questioning of Rahul Gandhi. The Mumbai Police took action as Congress leaders tried to remove barricades placed outside the Raj Bhavan gate during their protest march.

Nana Patole said the party was protesting against the "dictatorial attitude of the Narendra Modi government", and attempts to "supress the opposition's voice" will not succeed.

Congress leader Rahul Gandhi appeared before the ED in Delhi on Wednesday for the third consecutive day of questioning in the National Herald money laundering case, with the agency seeking answers about his "personal role" in taking decisions with regard to the media organisation and its owner Young Indian.

Congress has claimed that there was no FIR or 'scheduled offence' on the basis of which a case under the Prevention of Money Laundering Act (PMLA) was filed by the ED and Rahul Gandhi and his mother, Congress president Sonia Gandhi, were summoned.

Next Story : Maharashtra: MVA MLAs asked to come to Mumbai ahead of Legislative Council elections