On Monday, very heavy rains were witnessed near the Saptashrungi temple in the district. Six devotees received minor injuries during flooding on the temple steps, authorities said 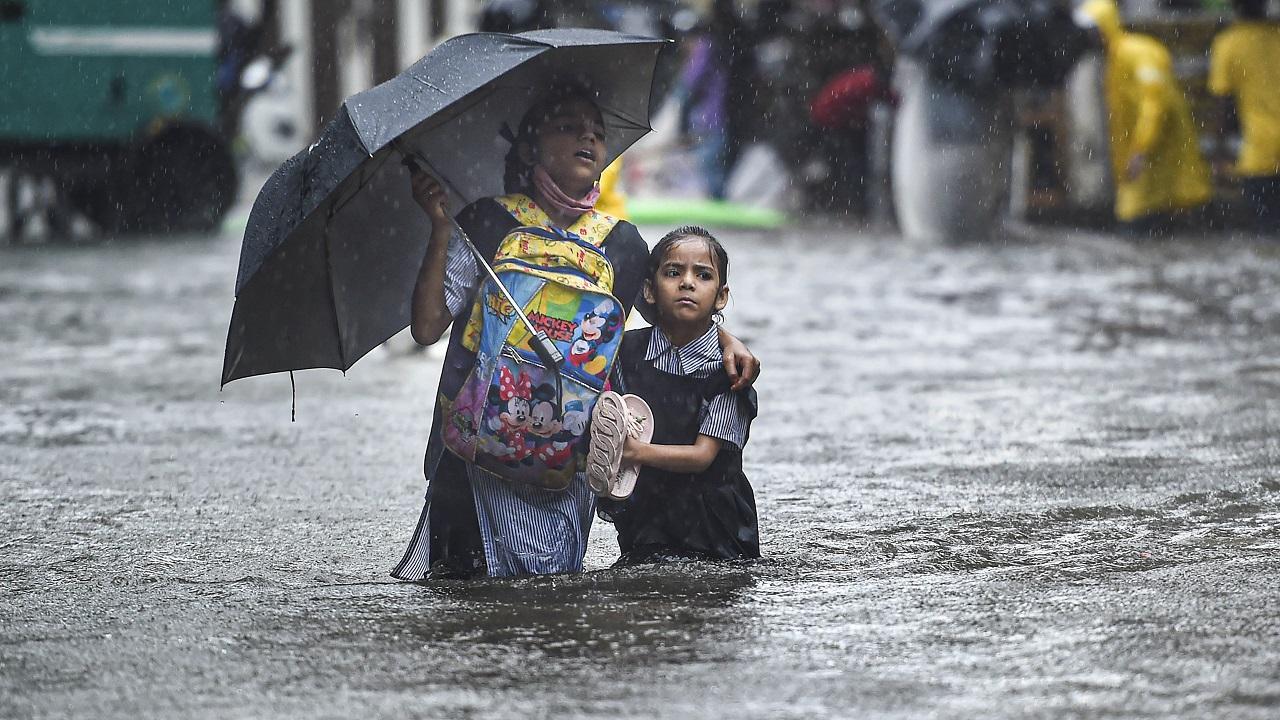 A school girl with her guardian wades through a flooded street following heavy rains. Pic/PTI


Schools and colleges were closed in Maharashtra's Nashik city on Tuesday following heavy rains over the last few days and people in flood-prone areas were asked to shift to safer places, officials said.

The city received 97.4 mm rainfall in the 24-hour period till 8.30 am on Tuesday, but the rains later took a break, bringing some respite to residents, they said.

On Monday, very heavy rains were witnessed near the Saptashrungi temple in the district. Six devotees received minor injuries during flooding on the temple steps, authorities said.

The India Meteorological Department has issued a 'red alert' for the north Maharashtra district from July 11 to 14, predicting very heavy downpour.

"The decision to keep colleges and schools closed today is taken as a precautionary measure. We are closely monitoring the rain situation," an official from the district collectorate said.

Shop owners and residents of some of the flood-prone areas have already been asked to shift to safer places, he said.

A team of the State Disaster Response Force has also arrived in Nashik for assistance, he added.

On Monday, very heavy rains were witnessed near the Saptashrungi temple, located some 70 km from the city.

Water gushed from over a protection wall on the return route from the temple. Six devotees coming down the temple steps were injured.

They were initially rushed to the temple trust hospital and later taken to Vani for treatment, temple authorities said.

Nashik city witnessed heavy rains since the last few days, which led a rise in the level of the Godavari river.

But, with rains taking a break on Tuesday morning, there was no water discharge of water from the Gangapur dam, which supplies drinking water to the city.