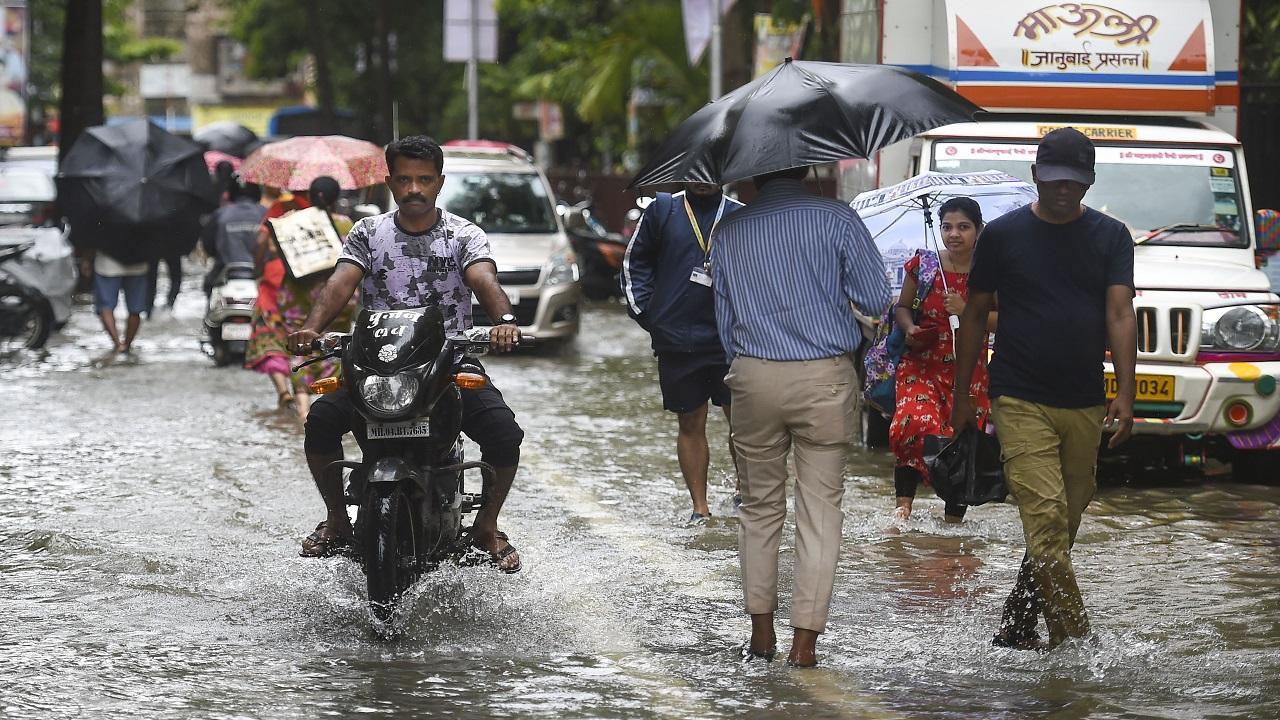 Commuters wade through a waterlogged street after heavy monsoon rainfall in Mumbai. Pic/PTI

The Met department also said that there is a possibility of occasional strong winds reaching 40-50 kmph.

Mumbai Regional Meteorological Centre on Tuesday has issued an orange alert for Mumbai and Thane till July 14.

After light showers for a couple of days, heavy rains made a comeback to the metropolis from Monday night. The city and suburbs witnessed incessant showers since Tuesday morning.