Autos are on 3-month trial period; final decision to be taken after this 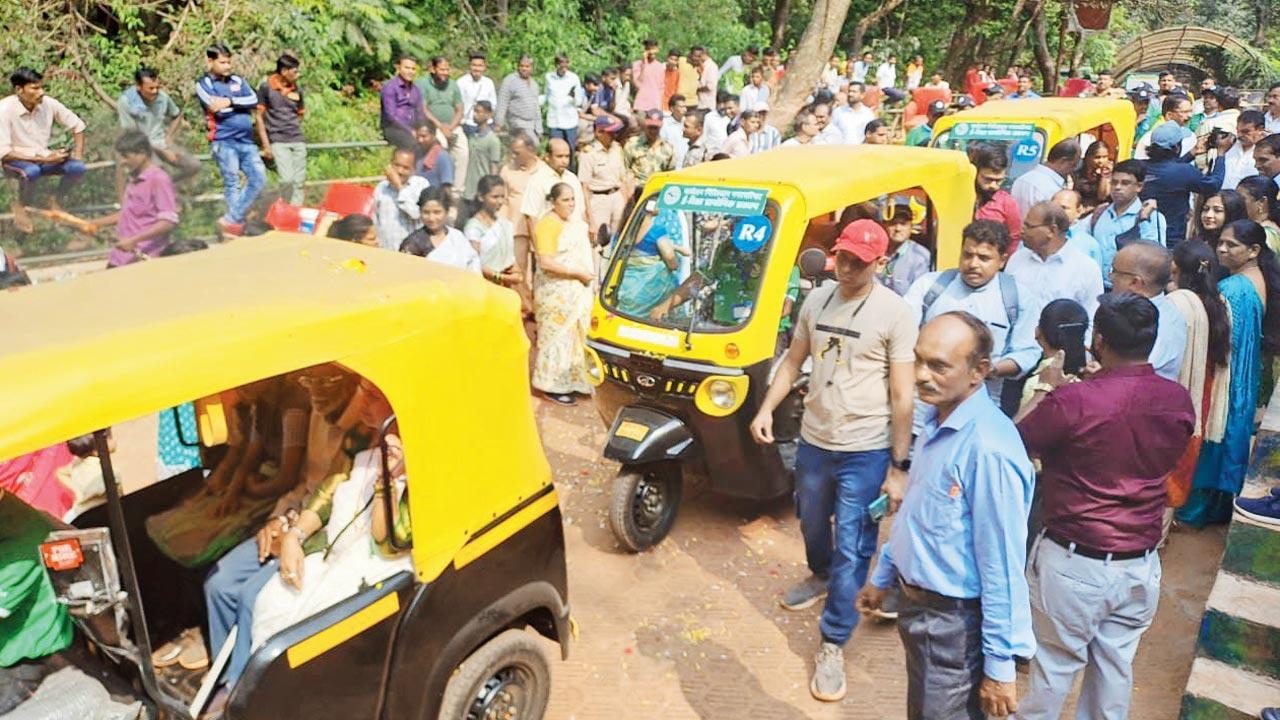 
The first public run of e-autos in Matheran finally took place on Monday with the first five electric vehicles being put in service on Day 1. The autos will be operated on a trial basis for three months and a further decision on using them will be taken subject to feedback from residents and tourists.

“The e-rickshaws have been introduced between Dasturi Naka and Matheran station and they will help ease the load on the crowded shuttle train between Aman Lodge and Matheran. Five autos were introduced on Monday and two more will join them soon,” said Sunil Shinde, a retired school teacher who had moved the court seeking that e-rickshaws be allowed to ply in Matheran.

Shinde added that the autos would be in service for a trial period of three months. “The feedback will be assessed and a report compiled to be submitted before the Supreme Court, after which a final decision will be taken. During the initial period, e-autos will also be able to ferry students and residents to St Xavier’s School in Matheran,” he said.

“Electric rickshaws will be helpful for students, senior citizens and women and give freedom to hand-cart pullers. This year as India celebrated its 76th Independence Day, it will be a real freedom for the hand-cart pullers. Being operated in an eco-sensitive zone, battery-operated electric rickshaws are safe, pose no environmental hazard, and are fast. It will give us a dependable mode of transit,” he said.

Following guidelines by the Supreme Court on May 22, the Maharashtra government’s urban development department on June 3 green-flagged the trials after which the Matheran Municipal Council began the process of procuring e-rickshaws. On June 7, there were trials to find if there are any technical issues in climbing the steep inclines and gradients of the road between Neral and Matheran. The ongoing trials are the second phase of the endeavour.

As no cars have been allowed at the hill station since the British era, to commute within Matheran, people have to either walk or use one of the 460 horses or 94 hand-pulled rickshaws available for transportation. Shinde thanked mid-day for supporting his cause and said that the landmark decision of the court will alleviate the suffering of cart pullers. mid-day has been highlighting the plight of hard-cart pullers and the proposal to operate e-rickshaws.

Next Story : A first in India: Nagpur’s 4-level transport corridor