On his remarks made on Sunday that 40 bodies will come from Assam and will be sent directly to the morgue for postmortem, in a reference to the rebel MLAs, Raut said he was speaking about the "dead conscience" of the legislators and that they are "living corpses" now 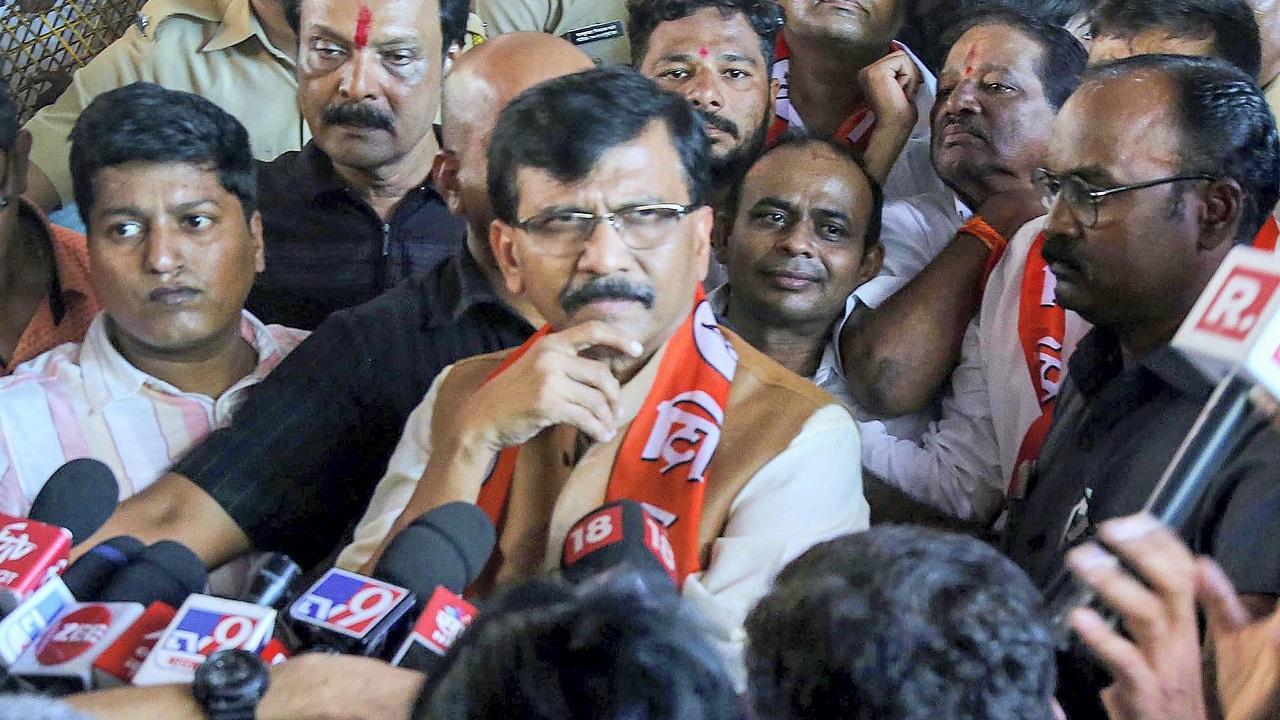 
Shiv Sena MP Sanjay Raut on Monday said his party is ready for a "street fight and a legal battle", ahead of the crucial hearing in the Supreme Court against the disqualification notice issued by the Maharashtra Assembly's deputy speaker to rebel party MLAs.

On his remarks made on Sunday that 40 bodies will come from Assam and will be sent directly to the morgue for postmortem, in a reference to the rebel MLAs, Raut said he was speaking about the "dead conscience" of the legislators and that they are "living corpses" now.

"I have not done anything to hurt anyone's feelings. I have only stated the fact that your (rebel MLAs) conscience is dead and you are a living corpse," the Shiv Sena's chief spokesperson told reporters.

"This is a legal fight and a street fight. It will take place and the party is ready for it," Raut added.

Rebel MLA Shinde on Sunday moved the Supreme Court against the disqualification notice issued by the deputy speaker to him and 15 other rebel legislators, calling the action "illegal and unconstitutional" and seeking a stay on it.

Raut said the rebel MLAs have to come back to Maharashtra and the real test will be in the state Assembly.

"You cannot stop people's anger. No police or law can control it. Which is why you accepted the slavery of the BJP and got protection," Raut said against the backdrop of the Centre extending Y-plus security cover of CRPF commandos to at least 15 rebel Shiv Sena legislators.

The Sena workers have resorted to protest and even vandalism at some places in Maharashtra against the rebel MLAs.

Hitting back at the Shinde camp, which has asked Chief Minister Uddhav Thackeray to exit the alliance with the Congress and the NCP, Raut asked how can the rebel MLAs align with the BJP which had tied up with the PDP's "pro-Pakistan" Mehbooba Mufti in Kashmir, or the BJP government (at the Centre) which was "not aware" from where the explosives that killed 40 security personnel in Pulwama (Jammu and Kashmir) in 2019 came from.

He dared the rebel MLAs to point out one instance where the Shiv Sena deserted Hindutva.

On Maharashtra minister Uday Samant becoming the latest Sena legislator to join the Shinde camp, Raut said how could someone be blamed if a senior leader like Shinde, who has spent 40 years in the organisation, felt like deserting the party.

Majority of the Shiv Sena MLAs have sided with Shinde and are currently camping in Assam's Guwahati city, plunging the Maha Vikas Aghadi (MVA) government led by Chief Minister Uddhav Thackeray, who heads the Sena, into a crisis.