A video of a man falling off from the train has been going viral on social media platforms. The man was identified by the police as Danish Zakir Hussain Khan (18), a resident of Kalwa 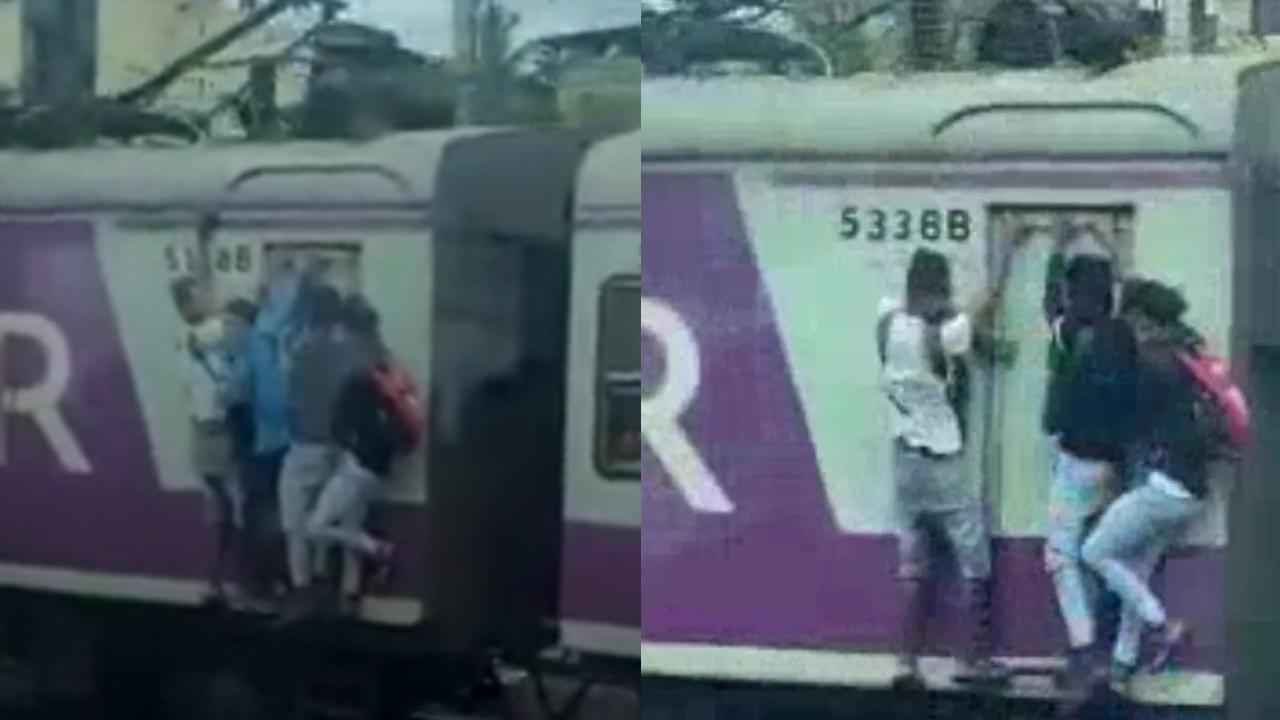 Pic. Screengrabs from the viral video


The Kalyan Government Railway Police (GRP) have booked an 18-year-old man for alleged negligence. A viral video shows the youngster falling off a running Mumbai local train while hanging on the door of a motor coach. According to the Kalyan GRP, the police have also booked him under the relevant section of performing a stunt on a running train.

A video of a man falling off from the train has gone viral on social media platforms. The man was identified by the police as Danish Zakir Hussain Khan (18), a resident of Kalwa.

The video shows the youngster with three other people when he fell off after his hand hit a signal pole.

"We have booked him (Danish) for doing a stunt and negligence. He is under treatment at Chhatrapati Shivaji Maharaj Hospital in Kalwa. In his statement, he told the police officials that he was on his way to work in Chinchpokli in central Mumbai when the incident took place. His condition is improving and he's out of danger," said an officer from Kalyan GRP.

According to the police, the incident took place at around 9:30am. Following the incident, a local resident and the victim's cousin shifted him to the hospital in an auto. He received wounds on his legs and hands.

When contacted, Police Inspector Pandari Kande of Kalyan GRP said, "It can be seen in the video that he (Danish) was negligent while travelling in the train hence, we have registered a case in the matter and are further investigating the case."