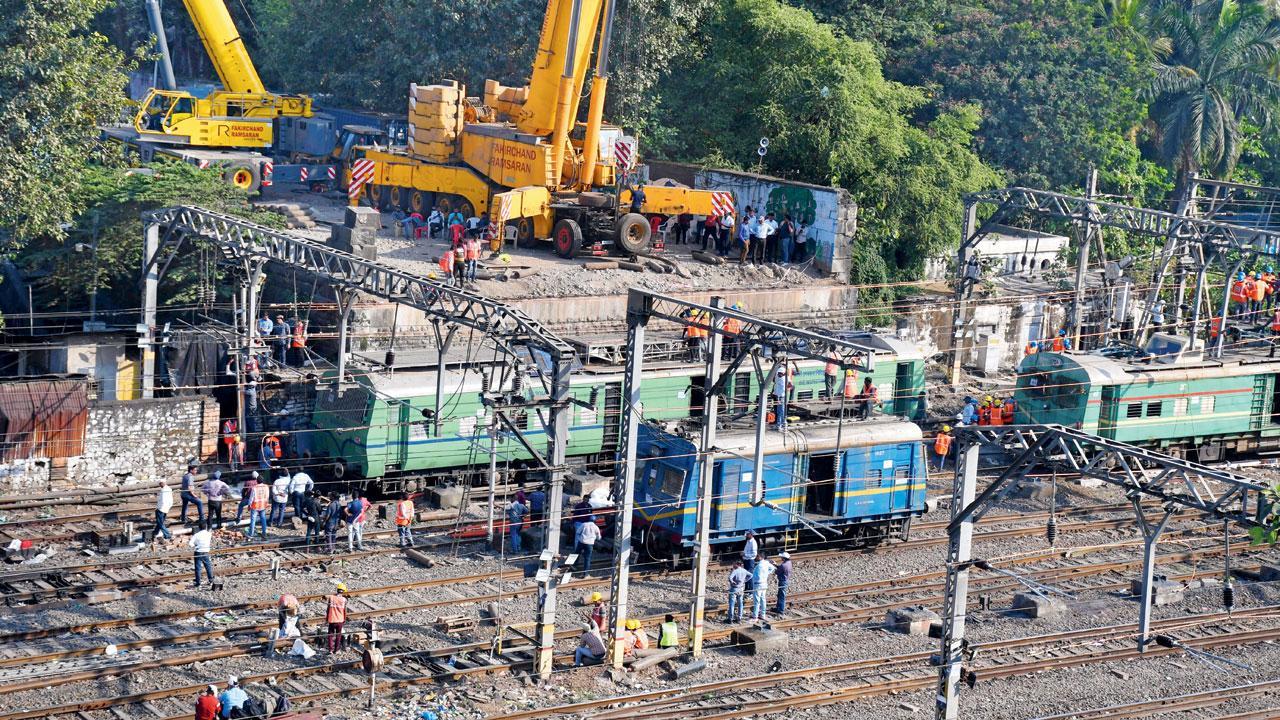 The work of pulling down Carnac Bunder bridge was completed well before time, said officials on Sunday. Pic/Ashish Raje


The dismantling of the low-height Carnac Bunder bridge might facilitate the operation of double-decker trains all the way till CSMT. At present, such trains are restricted to Kurla LTT. Railway officials replied in the affirmative saying that a major hurdle had been cleared with the Carnac demolition.

“The low-height Carnac Bunder bridge in addition to Arthur bridge [at Chinchpokli] and S bridge [at Byculla] do not allow double-decker trains to pass by the stretch hence there is no double-decker train from south Mumbai. The train can come till Dadar if required,” a senior official said. At present, a double-decker train runs between Mumbai and Goa. It was introduced in December 2015 and offers mesmerising views of the Konkan route. 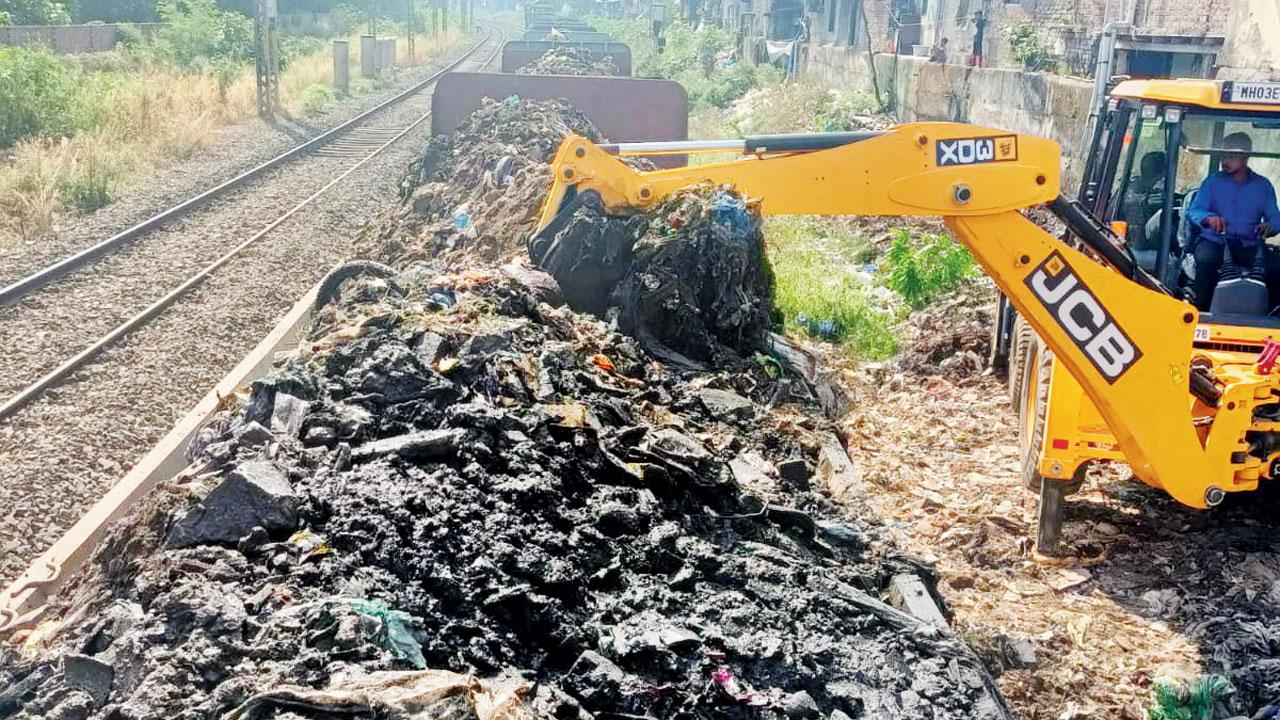 “Double-decker trains of older version used to run earlier from Mumbai CSMT, but the newer lot is higher, and the overhead traction power has now been converted to 25 KV, which also requires higher clearances,” he added. The Carnac bridge, declared unsafe for road traffic in September, was cleared in a 27-hour operation. The mega block started at 11 pm on November 19 and was expected to end at 2 am on November 21. 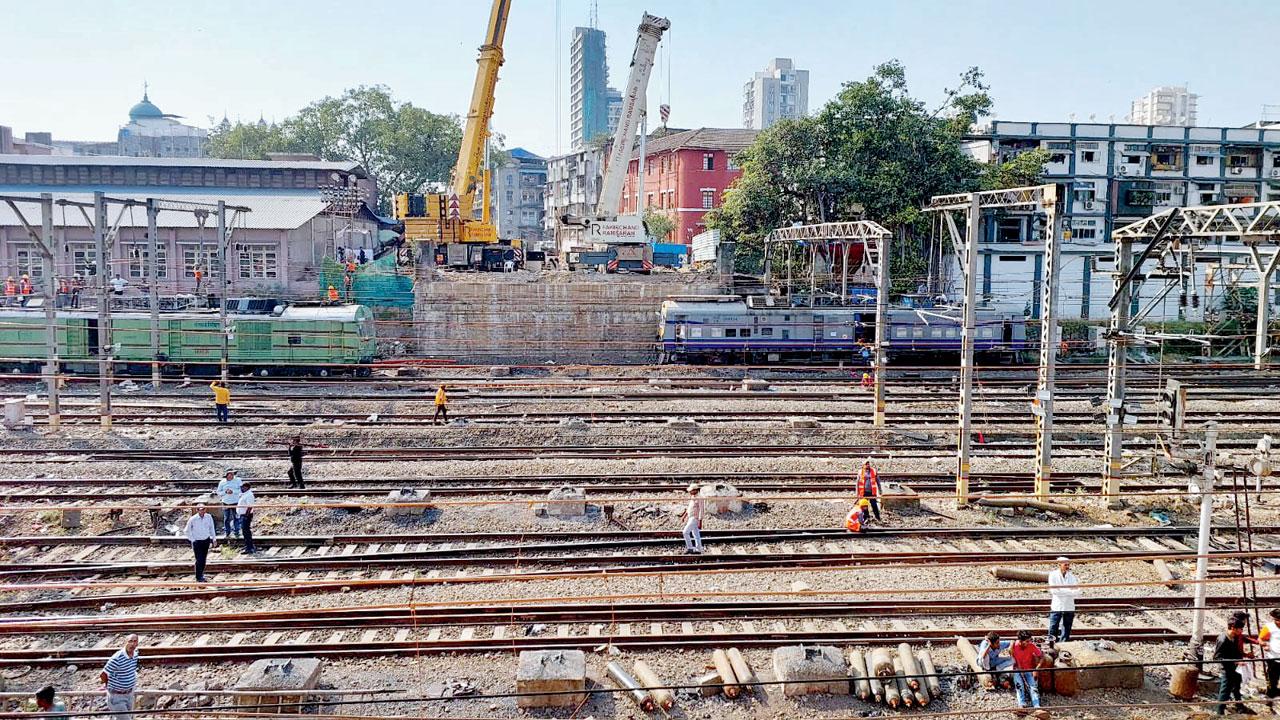 The main line trains were restored by 4 pm and the harbour line ones at 6 pm, two hours before the planned reopening

The Carnac Bunder bridge has been cut into 44 pieces. “These spans were removed by lifting one piece at a time with 18 pieces [16 tonnes each] + 14 pieces [3 tonnes each] + 12 pieces [10 tonnes each]. They were cut with the help of 50 gas cutters along with helpers per shift, and totally of about 300 gas cylinders will be utilized. Total manpower of 400 plus 30-35 officers and 100 supervisors were used to carry out the operation smoothly,” Central Railway chief public relations officer Shivaji Sutar said.

Next Story : Impossible to find out cause, time, place of death of Shraddha, say forensic experts