'Aditya Pancholi drugged and raped me when I was 17'

Leading Bollywood actor also tells the police that she detailed the serial assaults, which happened between 2004 and 2006, to a senior IPS officer, but no action was taken 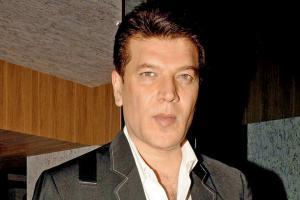 
Days after an A-list Bollywood actor registered an FIR accusing actor Aditya Pancholi of rape, mid-day has accessed the complainant's statement to the police, in which she has detailed how Pancholi drugged, raped and blackmailed her from the time she was trying to break into the film industry. The actor has also said that she'd met a senior IPS officer in 2004-06 and narrated what she had been through with Pancholi, but no action was taken.

The actor completed giving her statement on June 26 and the FIR against Pancholi was filed on June 27. In the statement, she has narrated details from 2004, when she had entered the industry as a minor. In the two-and-a-half page statement to the Versova police, the actress has stated, "In 2004, I came to Mumbai with the dream of becoming a big actor someday. That year, I met Aditya Pancholi, who was then 38 years old, almost 22 years older than me. I used to stay at a hostel with group of girls while he was married and had two children; his daughter was my age then."

Raped inside a car
The actor said in her statement, "In 2004, I went to a party with him. Sometime after having a drink, I started feeling dizzy. I suspected then that he [Pancholi] had spiked my drink. After the party got over, Pancholi said he will drop me home. So I went with him in his Range Rover car. He stopped it in the middle of Yari road and started getting forcefully physical with me. He also took photographs of, which I wasn't aware of."

"When we met the next time, he said we now share a relationship like the one between a husband and wife and we will live that way. I told him he was my father's age and I want to marry someone who is as old as me. Then, he showed me all the photographs he'd taken of me inside his car and started blackmailing me. He threatened to show these pictures to others. At the time, I was quite young, I had no one in Mumbai and he took the advantage of that," said the actress.

She also said she'd spoken to a senior police officer about the alleged harassment. "From 2004 to 2006, Pancholi kept me at different locations and established a forceful physical relationship with me by spiking my drinks all the time. He used to take my photos to blackmail and threaten me. Once, I was going to file a complaint against him, but he stopped my autorickshaw and beat me up; I was rescued by a pedestrian who me getting thrashed. At the time, I met and informed senior police officer Bipin Bihari about the incident," the actress said.

mid-day repeatedly tried to contact Bihari, but he remained unavailable for comment. He is currently a DG-rank officer of the Maharashtra police, posted as the managing director of the Maharashtra State Police Housing and Welfare Corporation. Between 2004-06 he was the additional commissioner (west region) of Mumbai police.

The actress also stated, "Between 2004 to 2005, I shifted to Pallavi Apartment with my aunt. Pancholi would come to that flat all the time with his friends and get forcefully physical with me. Every time, he would carry some medicine to spike my drinks. I used to feel dizzy after having them. He locked me in whenever he left my apartment. He would also assault me. He would give me drugs and click my photos; at the time, he used to get MDMA and ecstasy." Pancholi also managed to access the actor's Versova apartment, she alleged. "Fed up with him, in 2006-2007, I bought a flat in Versova and started living alone. Pancholi came there, made duplicate keys and trespassed into my house and assaulted me. He started breaking everything inside my house and screamed in a completely drunken state. He took all of my keys and left after locking me inside," the actress claimed.

The actor also claimed that Pancholi's wife Zarina Wahab knew about what she was going through. However, the actor said, "Instead of helping me out she said she does not have any problem with whatever is going on between me and Pancholi; both of us can carry on. She told me that she felt happy whenever Pancholi was not at home and said there will be peace at home only when he's not around. She also said that he is a big actor and she wouldn't like it if someone defamed him. He has no fear because his wife was helping him with whatever he has done to me. Through a journalist friend I also got to know that he raped a 14-year-old who used to work at a famous actress's house."

Beat up her sister
Further, she also accused Pancholi of assaulting her sister. "Between 2008 and 2009, I shifted to Bandra. My sister, who was unwell then, came to my house and we were living together. When I was away at a shoot, he came to my house and beat up my sister. When I returned home, I saw my sister was shivering and completely scared. I asked her what happened and she told me about how Pancholi had beaten her up. Then, I called him up to ask why he was troubling us, to which he started demanding money from me, saying that [I should pay] whatever he has spent on me. He asked for R1 crore . In fact, I paid R50 lakh and he stopped troubling us for a bit," the actress said.

But the blackmail didn't stop. "Once I got famous and people began recognising me, Pancholi once again started demanding money by blackmailing me with the photographs. I have the threatening messages he sent to my sister and brother. Pancholi kept threatening that he to send the photos to my friends, family and relatives to destroy my career," the actor claimed.

Following this, the Versova police registered an FIR against Pancholi under sections 376 (rape), 328 (causing hurt by means of poison, etc. with intent to commit an offence), 384 (extortion), 341 (wrongful restraint), 342 (wrongful confinement), 323 (voluntarily causing hurt) and 506 (criminal intimidation) of the IPC.The Versova police had recorded Pancholi's statement on May 12, after they first received the complaint from the actor's sister via e-mail. Pancholi denied all allegations and also submitted video footage to them of the actor's lawyer allegedly talking about the rape case that would be filed if Pancholi didn't withdraw the defamation complaint against her. A senior police officer said, "We are investigating the matter and will record the statement of everyone named in the complainant's statement. Apart from this, we are also examining the video footage submitted by the accused."

Pancholi's lawyer Prashant Patil said, "The case against my client has been filed with mala fide intentions the day after the Andheri Magistrate Metropolitan court summoned the complainant and her sister in a criminal defamation case filed by my client. The complainant was quiet for 15 years. She says one thing in her statement to the police while her sister tweets something different."

The Dindoshi sessions court on Tuesday granted interim relief from arrest to Aditya Pancholi till July 19 in connection with the rape case on executing a personal bond of R30,000. Under the conditions for the bail, Pancholi has been asked to go to the Versova police station every Wednesday and co-operate with the interrogation.