He was on his way to Coimbatore when he was detained by the CSIF, as a personnel noticed an opaque image inside the hand baggage while screening 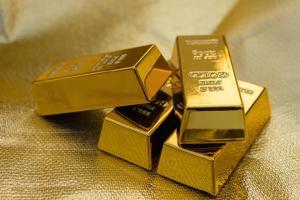 
A man returning from Dubai was arrested by the CISF after they noticed him smuggling gold in the form of paste at Chhatrapati Shivaji Maharaj International Airport on Sunday. The passenger, identified as Mubashir Kolkaran was detained after he failed to provide documents regarding the metal that weighed about 670 grams, worth Rs 23 lakh.

Kolkaran was on his way to Coimbatore when he was detained by the CSIF, as a personnel noticed an opaque image inside the hand baggage while screening. The bag immediately was referred for thorough check, on which three oval-shaped packages, appearing to contain gold paste, wrapped with black-coloured adhesive tape, were found.

The CISF found Kolkaran’s reply about the packages unsatisfactory and neither was he able to produce any valid documents. The matter was then informed to senior CISF officers and Customs, who confirmed the detected oval-shaped packages to be gold in paste form. The package was then handed over to the senior officials for further interrogation.

Next Story : Up the efforts to make Mumbai safe for women