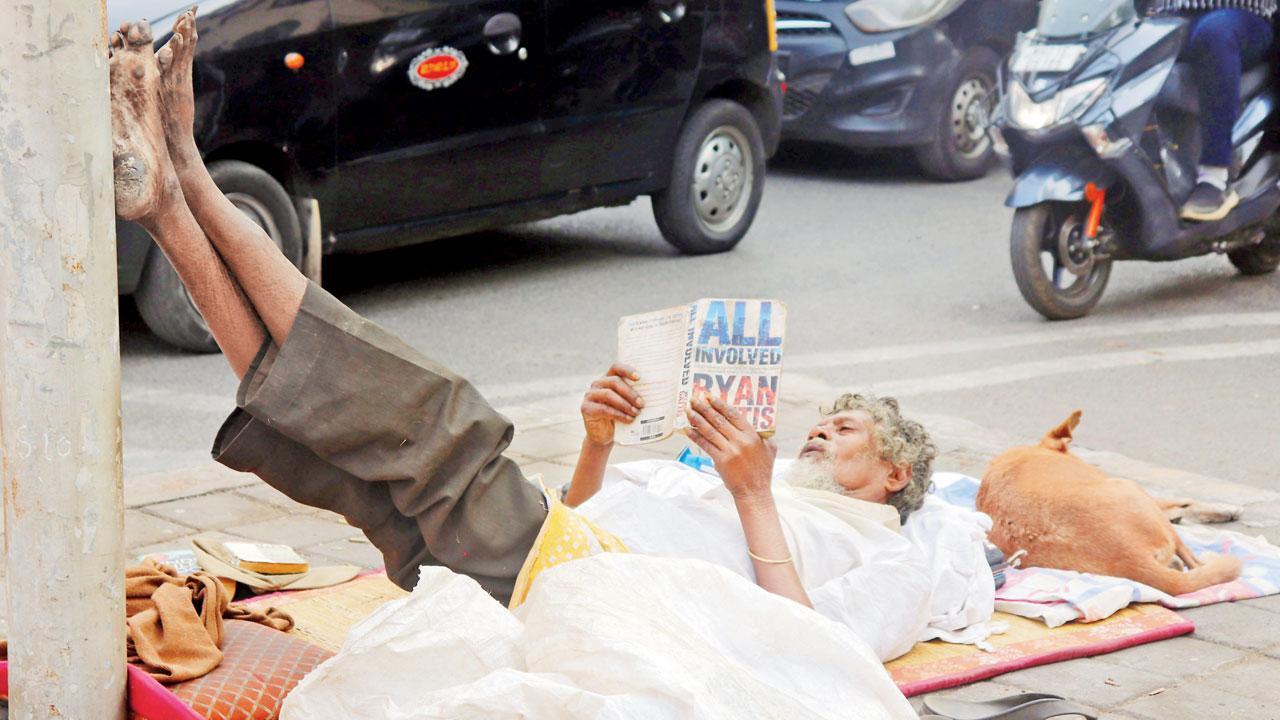 With his feet propped against a pillar, a man reads a Ryan Gattis book by a Matunga kerb 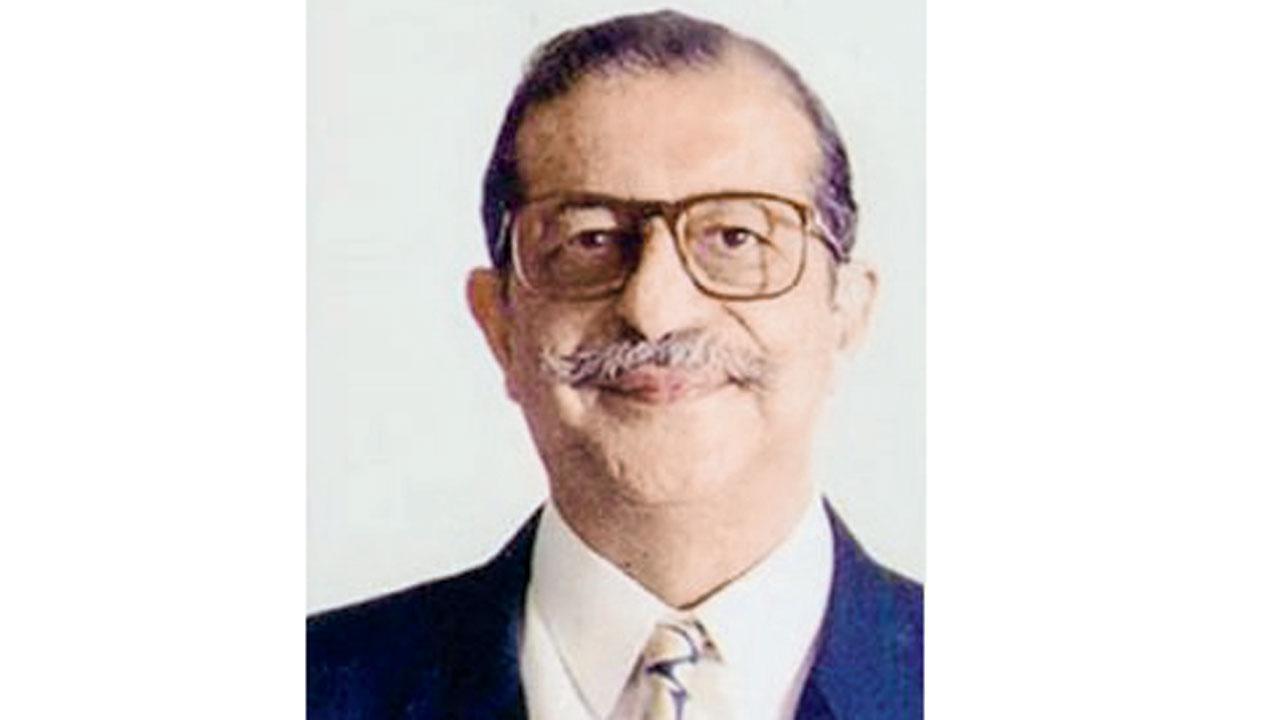 This diarist was sad to learn about the passing of Areez Pirojshaw Khambatta, the man who introduced an orange drink to middle-class India. While Rasna will continue to be a signage of tropical summers, childhood banter and birthday parties for an entire generation, Khambatta’s death makes us reminisce about simple television commercials. He will also be missed as a prominent Parsi name who impacted social development. Adman Rahul da Cunha said, “I am a great fan of clients who support good advertising; clients who believe and back their agencies to produce good work — I Love You, Rasna
is a long-term idea. May he rest in peace.”

Returning to a sea of memories 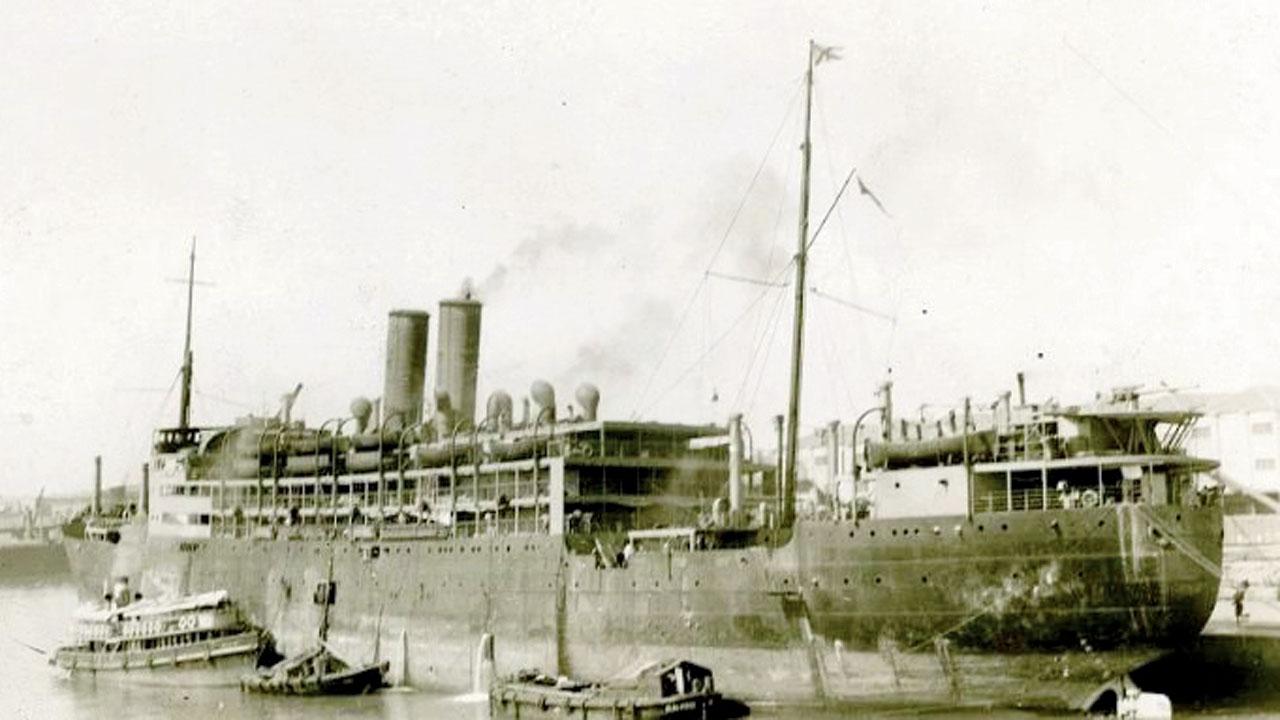 Nearly 80 years ago, on November 23, 1942, a steamer and commercial vessel called SS Tilawa sank off the coast of Seychelles after it was attacked by a Japanese submarine. The ship was hit by two torpedoes, resulting in 280 lives being lost while 678 passengers were rescued and brought back to Bombay — the port city they had set sail from. To commemorate the tragedy, Emile Solanki — grandson of Ranchhodbhai Nichhabhai Solanki, whose father died on the ship when he was a tween — hosted a meet at the Mumbai Press Club yesterday. 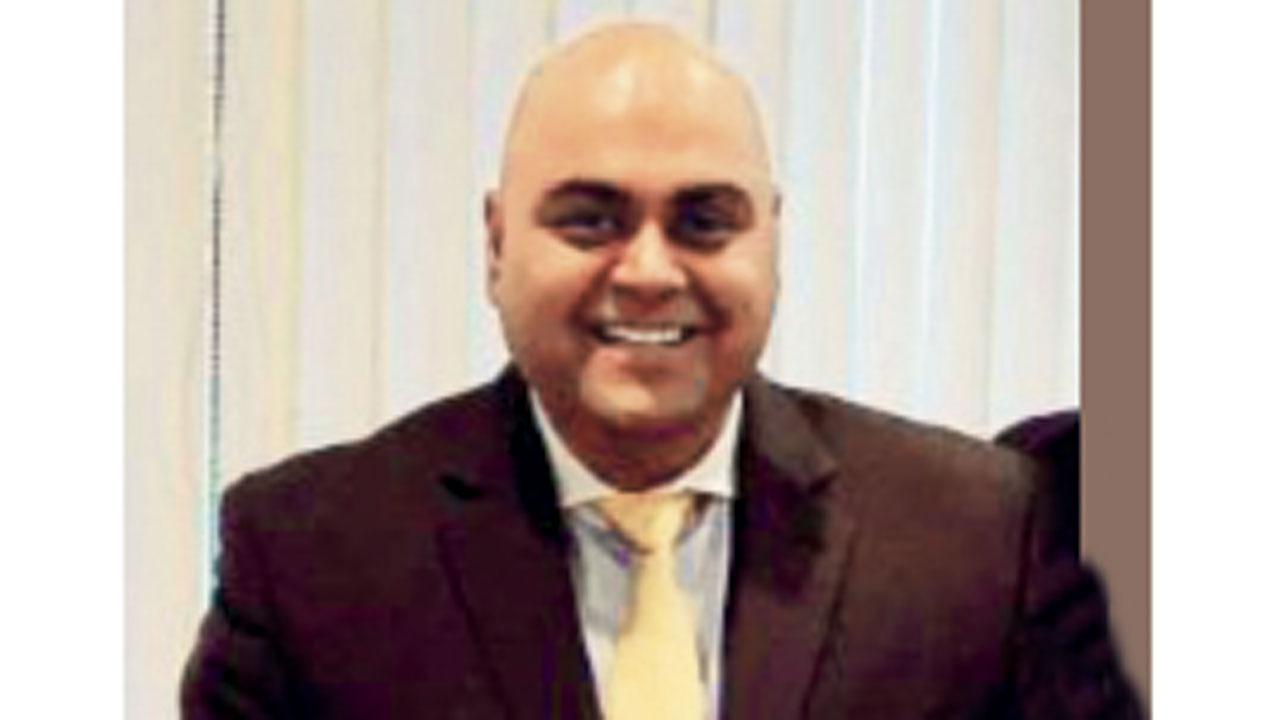 Supported by Maritime Mumbai Museum Society, the talk aimed to share a missing piece of history during World War 2. “The talk helped people revisit history. Nearly a thousand were affected by the tragedy and over a hundred families are still looking for closure. They’re looking for answers as to why the incident occurred. It’s a British-Indian story from the 1940s, and we believe someone should officially acknowledge it and memorialise the loss of lives,” said Solanki, who runs tilawa1942.com — a website dedicated to preserving and finding information on the event. He added that Bombay has a deep connection with it as this is where the passengers set sail from, and where only a handful returned. 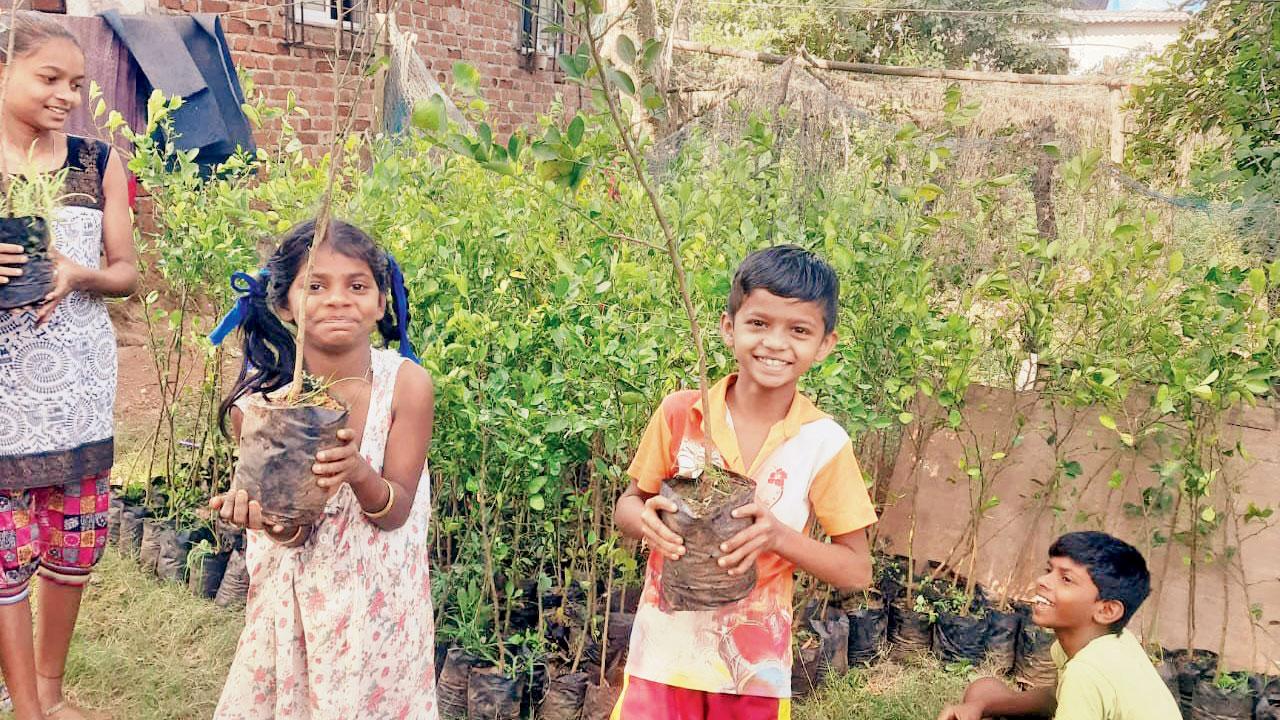 When life gives lemons, grow them! That’s what Subhajit Mukherjee, founder of Mission Green Mumbai, is urging adivasi farmers in and around MMR to do. He has started a plantation drive of fruit trees that will help residents of 1,900-odd tribal padas make use of their pockets of farmland, as well as create a local, more sustainable economy of fruits, and reduce our carbon footprint. The drive kicked off with 1,500 balaji lemon trees on a 100-acre space in Manori and Madh Island. “The idea is to grow fruits on under-utilised land that’s immediately sellable and suitable for Mumbai climate. Lemon trees will give them results in a year,” he said. To lend him a helping hand, reach out to @mission_green_mumbai.

The fun side of science 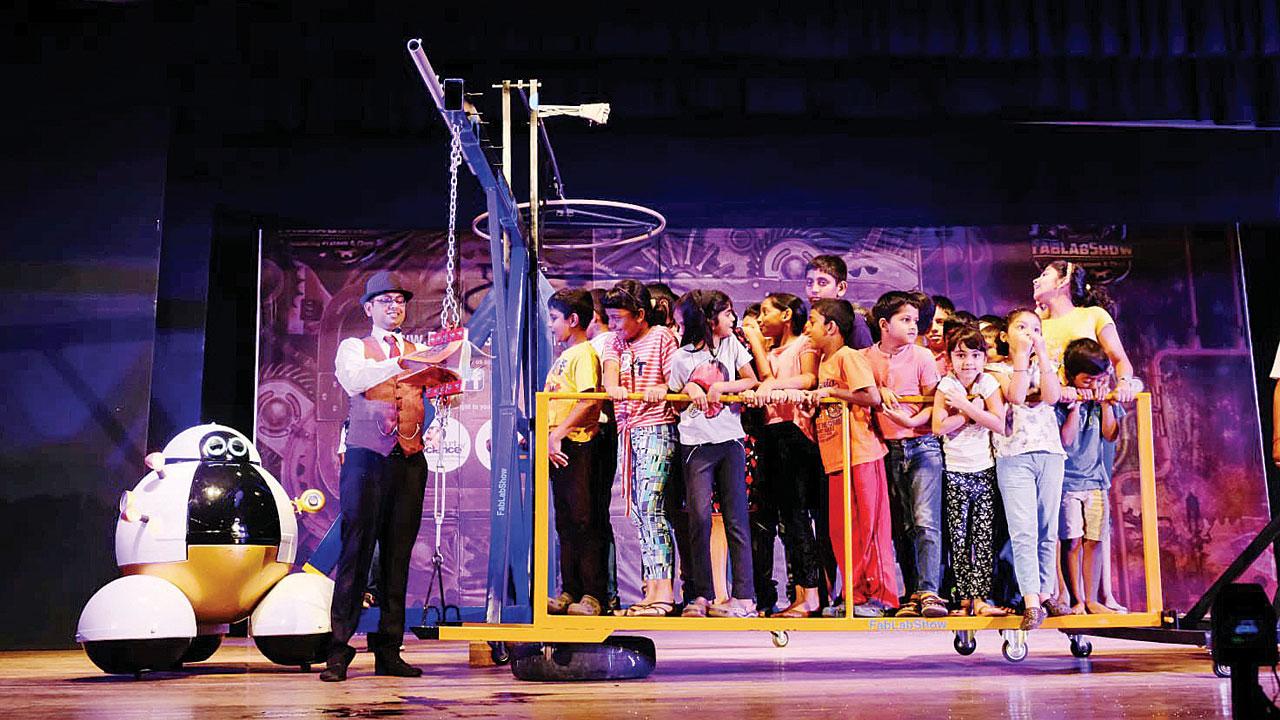 Chip and Prateek Dhruva conduct experiments with a group of kids

Do you find science intriguing when explained through practical everyday examples? A big prop live science show, the FabLabShow — that will be hosted at Bandra-based Bal Gandharva Rang Mandir — aims to wow the audience this Friday. “The idea is to entertain through education,” said Prateek Dhruva, co-founder and CEO of the organiser, TIY Makers, adding, “Multiple live experiments on the stage bring science closer to the realm of theatre. I will be co-hosting the show with our robot, Chip, who is snarky and a know-all. These shows are a prelude to our grand ticketed STEM events planned for December. Our intention is to take simple concepts and highlight its magical elements to young thinkers. We also welcome kids on stage to watch closely.” 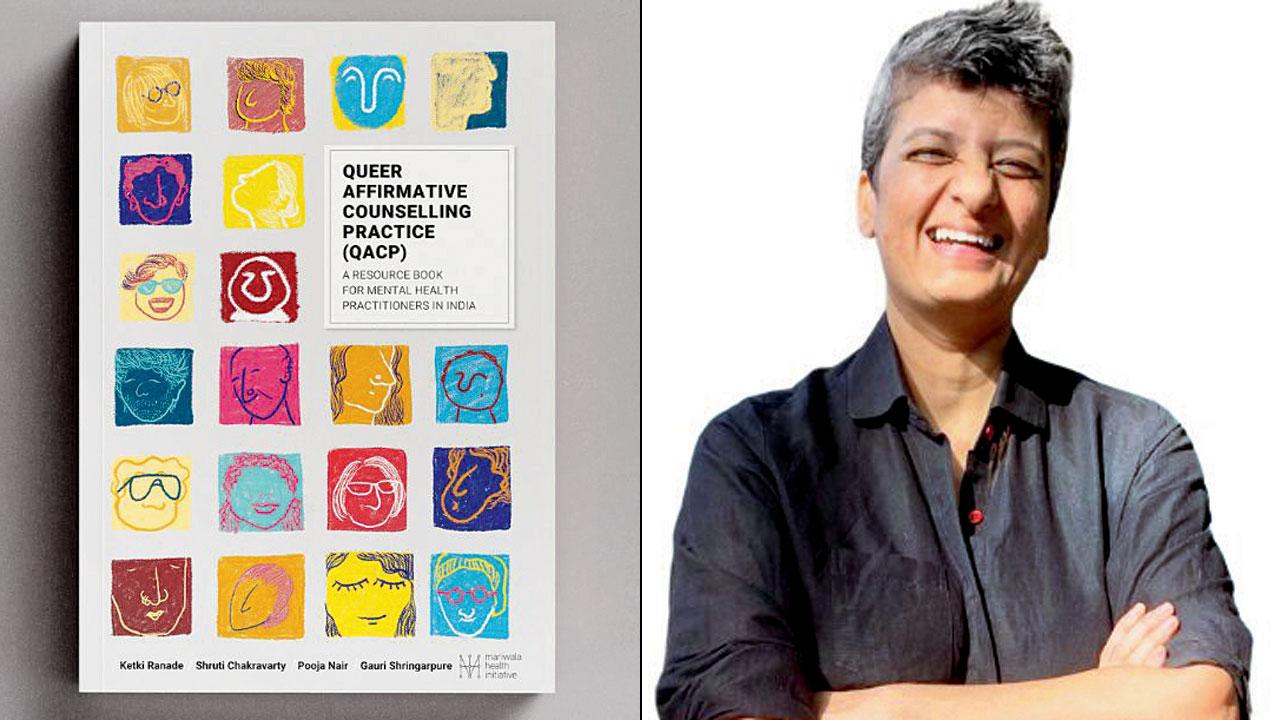 The cover of the resource book

A new resource book for Queer Affirmative Counselling Practices (QACP), co-authored by Shruti Chakravarty, Ketki Ranade, Pooja Nair and Gauri Shringarpure, seeks to set the record right for mental health practitioners in reference to the queer community. “The book is written by practitioners who are also from the community,” Shruti Chakravarty (inset), chief advisor of city-based Mariwala Health Intitative revealed, adding that the mental health system has historically damaged the community by approaching queerness as something to be ‘cured’. “We need to undo the damage, and the book is aimed at that,” she told us. For details, check out @mariwalahealth or mhi.org.in.

Next Story : Just a month to go, many senior citizens don’t know of locker rule change