Accused Jignesh Mehta apparently wanted his son, a mechanical engineer, to renounce the ascetic life and join his business, say police sources; no arrests have been made so far 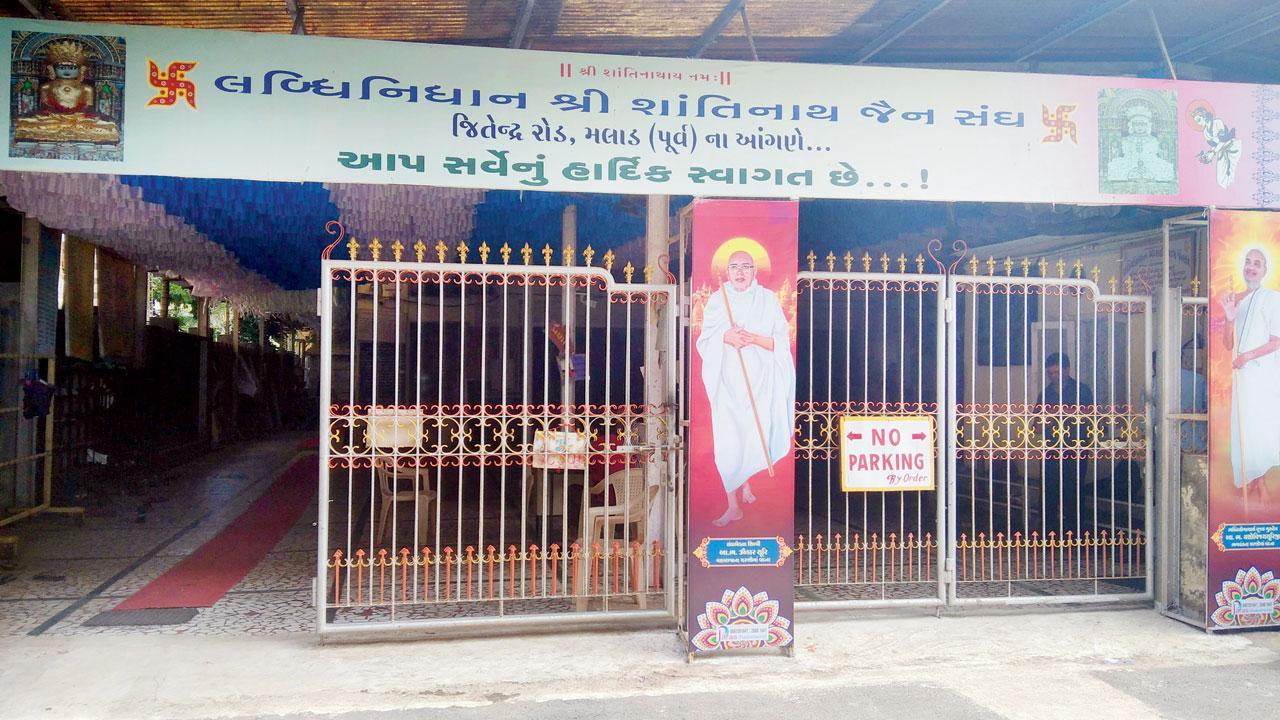 
The trustees of a Jain temple at Malad have accused a monk’s father of abducting him to pull him out of the spiritual world. The 27-year-old mechanical engineer embraced the ascetic life three months ago despite much opposition from his father, who wanted his only son to join his business, said police sources. The Dindoshi police have registered a case of kidnapping against the father and three others.

The alleged abduction happened at Shantinath Jain Sangh Mandir at Malad East on Saturday early morning when the father of Padmavijay Maharaj, Jignesh Mehta, arrived with three men who had their faces fully covered.

Diwakar Mishra, a security person who is also the personal guard of the Jain muni, said, “They grabbed my phone and pushed me aside before taking Maharaj ji along with them.” The monk was resting on the second floor of the temple when the alleged incident took place, said Mishra, adding that the four threatened to harm him after he resisted them.

“We have booked them on the charges of kidnapping and criminal intimidation and our investigation is underway. No arrests have been made so far,” said Balkrushna Shinde, inspector at Dindoshi police station.

Sources said the monk has been admitted to a hospital at Bhiwandi Road. “All Jignesh wanted was his son should return to his parents and look after their business,” said a police officer. After the incident came to light, many from the Jain community approached the Dindoshi police and maintained that blood relations are severed once a person becomes a monk, said the officer.

Narendrabhai Shah, the main trustee of the temple, said, Jignesh’s son wanted to take diksha for a long time, but his family was insisting on waiting for six months. “On March 25, he came here and took diksha on his own and since then he had been staying in the temple. We know both of them very well. After the incident, we have spoken to them and sorted out the issues as well. The police have assured us that he will soon return to the temple.”