Agency’s efforts call back a particular injection, following a patient’s death due to suspected adverse drug reaction, get poor response 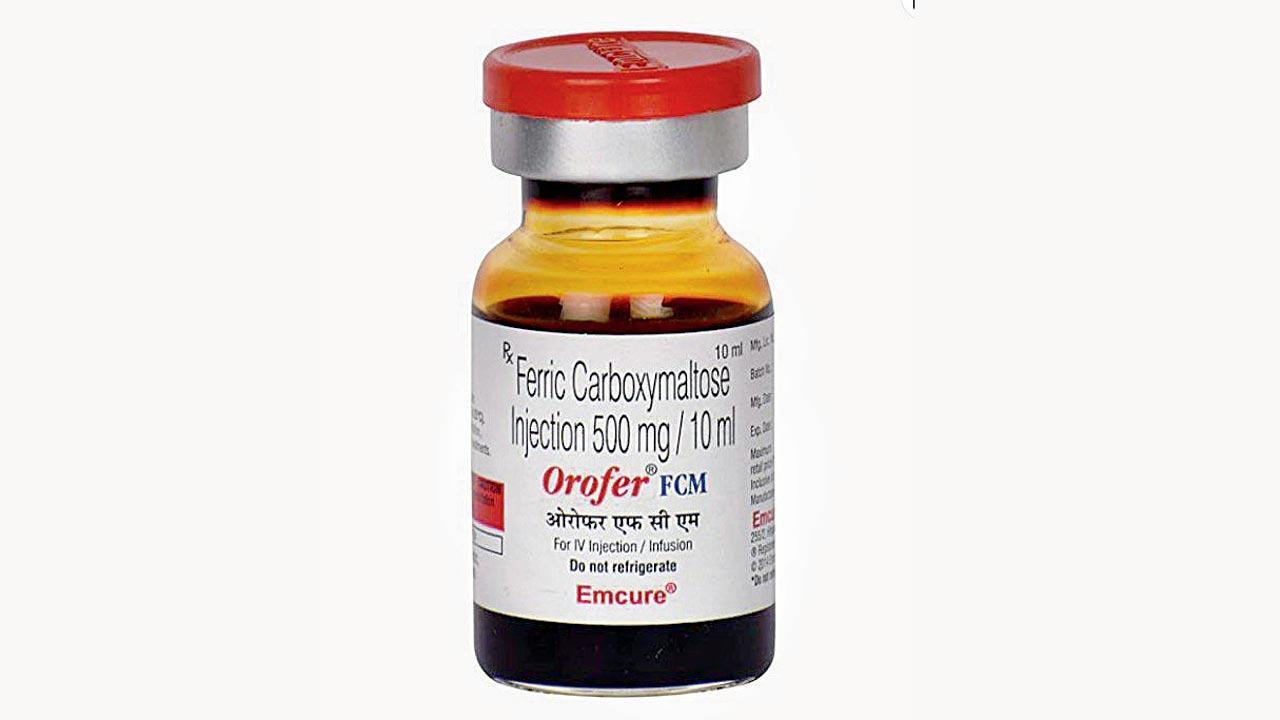 
Maharashtra's Food and Drug Administration officials have expressed dismay after the agency’s efforts to pull back an injection from the market elicited a poor response, stressing that it was time to change the system of recalling drugs. Six days ago, the FDA ordered that Orofer FCM (ferric carboxymaltose 500 mg/10 ml), given to patients to increase haemoglobin, be recalled following a death due to a suspected adverse drug reaction.

On October 12, a 55-year-old man died at Saifee Hospital, Charni Road, after he was administered Orofer FCM, manufactured by Pune-based Emcure Pharmaceutical Limited, prompting his kin to complain to the FDA. Officials said the medicine is given to patients to treat iron deficiency in adults who cannot tolerate or can’t be treated with oral iron supplements.

On November 10, FDA officials collected seven vials of the medicine from Saifee Hospital and sent them for testing.

Also Read: Mumbai: Western Railway not sorry for your inconvenience

To prevent further use of the injection, the FDA issued an order to all states recalling the batch behind the suspected adverse drug reaction death. Till Thursday, the FDA had received 467 vials from across Maharashtra, said officials.

FDA Commissioner Abhimanyu Kale said, “Samples from the said batch have also been sent for testing in Mumbai and Pune. However, the system of recalling the drug in such a situation is concerning for us. We have appealed to all distributors, wholesalers and retailers to return the drug of the same batch but we have received a very poor response. After looking at the current scenario, I think there is a need to change the system of recalling drugs in emergencies.”

An FDA official said they immediately seek details like batch number and quantity in a particular batch from the manufacturer whenever questions are raised over any drug. “We also send a message to distributors, wholesalers and retailers via associations to stop selling the particular drug and return it to the FDA. Many times we learn that a bulk of the medicine has already been sold to consumers. Eventually, we receive very little stock,” he said.

467
No. of vials FDA got till Thursday