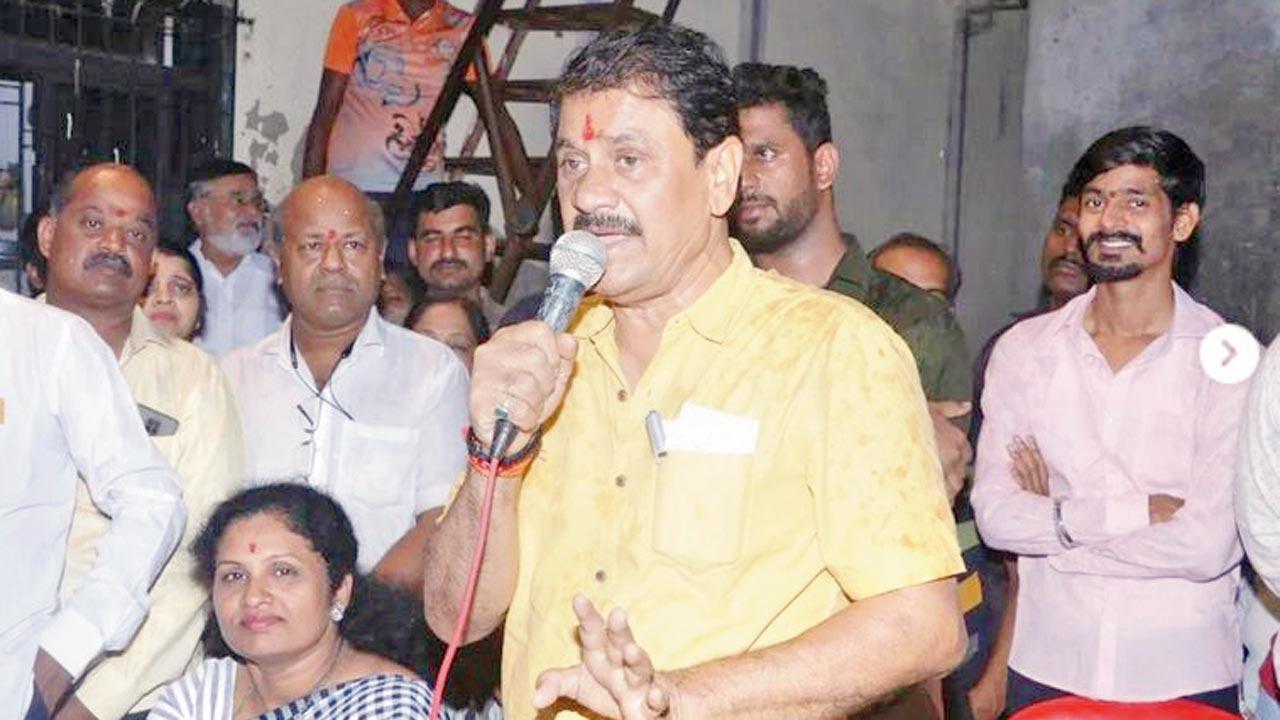 
The Shinde and Thackeray camps have clashed again, this time over rebel MLA Prakash Surve’s remarks threatening violence. In a video that has gone viral, the Magathane MLA is heard inciting his supporters by asking them to not bow down to any kind of bullying or to not think twice before thrashing their ‘rivals’. He goes on to guarantee them immediate bail in case they are arrested.

Irked, a group of Shiv Sena leaders and Thackeray family loyalists from Dahisar and Borivli have submitted a formal complaint against Surve at the Dahisar police station.

In the video posted on Facebook, Surve tells a crowd of supporters, “Hyanna hyanchi jagah dakhavlya shivay gapp rahaycha nahi, koni arre kela tar tyala kaare kara, thokun kadha prakash surve ithe basalaay, thokun kadha. (We should not rest until we show them their place, if anybody bullies, trash them, you have all the support of Prakash Surve).”

“If you are unable to break their hands, then break their legs and don’t worry about it, I will get you bail the very next day. We will not get into anybody’s way, but if someone crosses our path, and messes with us, then we will not keep silent. We will answer them aggressively,” Surve says in Marathi. He warns his rivals using a phrase--Kothla kadhlya shivaay rahnaar mahi (refers to slashing their abdomen).

In response to Surve’s speech, the crowd shouted slogans of ‘victory to Shiv Sena and BJP alliance’.

The video was shot on the morning of August 14, during an induction event for party workers in the Kokanipada area of Dahisar.

Sujata Patekar, former corporator of the area and a complainant in the matter, said, “Surve has been threatening ever since he defected to Eknath Shinde camp. He is trying to intimidate and threaten loyal Shiv Sainiks by giving such speeches. This is not the first time he has done something like this. But we are not scared of such a person. We have seen many such Surves who have done nothing for the people despite being an MLA. ‘Thokun Kadhu, Kapun taaku, Kothlaa Kadhu’ is it appropriate for a legislator to speak such language in a public event? We have submitted our complaint and we are awaiting police action.”

Mumbai University Senate Member and Yuva Sena leader Shasikant Zore, said, “He is openly threatening and challenging us. This is a democracy, and Surve is openly insulting the democracy. He is also promoting crime and encouraging youth to indulge in criminal acts.”

Speaking with mid-day, Surve said he has not named any individual or any party in his speech and if people feel threatened then it is not his fault. “Even Uddhav saheb has said things like ‘if people come in our way, break their hands’. Then why is it bothering them when I say it? In fact, what is so offensive to them? I haven’t named any individual or political party in my speech. They organised huge morchas and rallies against me in my constituency. Was that not threatening and intimidating my supporters? How is it fine when they use such terms, and now they want to run to the police station reporting about my speech?”
Besides Patekar, her husband and former corporator Udesh Patekar, former corporators Balkrushna Brid, Geeta Sinhgan, Shiv Sena spokesperson Sanjana Ghadi and Sena leaders Shashikant Zore, Bhaskar Khursunge and Ashok Mhamunkar have signed the complaint letter.

Next Story : Chennai factory to churn out Maharashtra’s Metro trains