CCTV footage shows the man in the act at Dahisar East station which triggered alarms, thereby stopping all trains entering the station on both lines 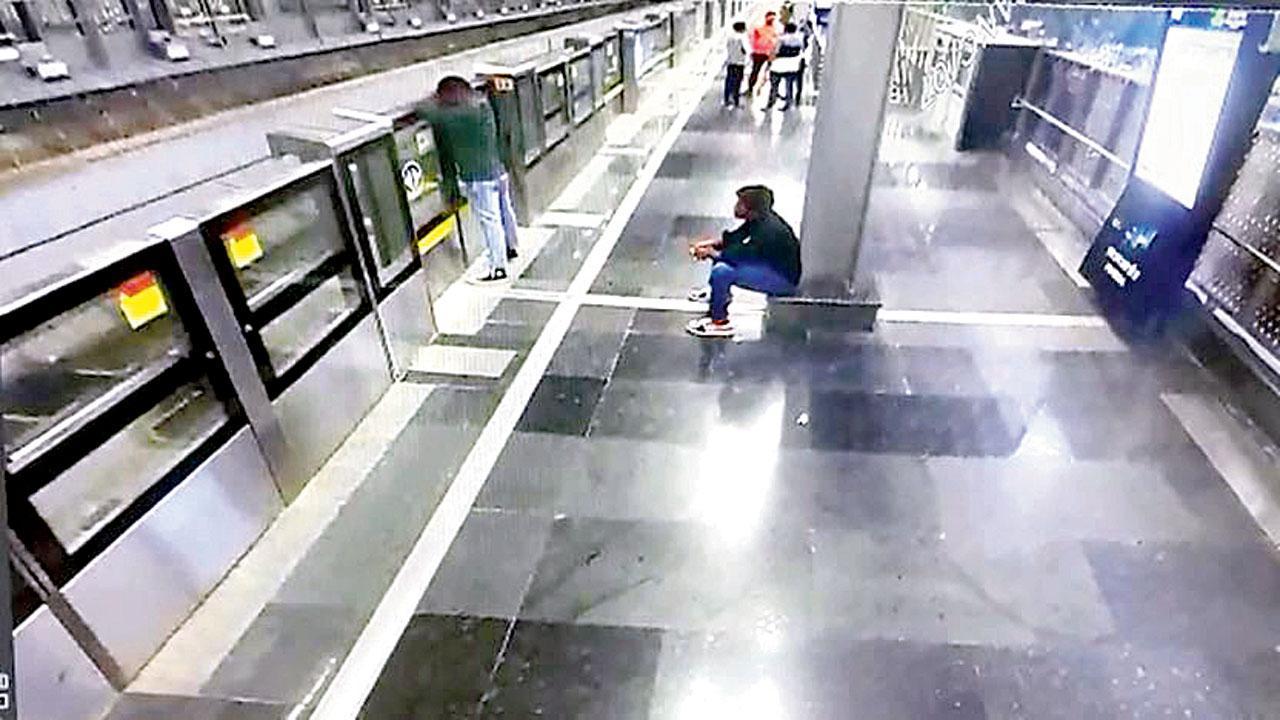 
An inquiry into the train disruption on Metro Yellow Line 2 on August 7 has revealed that a passenger tried to open the platform screen doors at Dahisar East station, setting off an alarm and detaining trains on both up and down trains. A CCTV camera recorded the person in the act.

“The incident happened at 6.24 am when a passenger was seen pulling apart the platform screen doors at Dahisar East station. As he kept trying to do so, the alarm on the doors was triggered which automatically stopped all trains entering the station, leading to detention of trains on both up and down lines,” said a senior official from the Maha Mumbai Metro Operation Corporation Limited.

After the alarm was triggered, checks were conducted which revealed that it had been set off due to tampering of screen door no. 14, which was immediately fixed. Security personnel later examined the CCTV footage of the incident and found about the involvement of a passenger.

“Tampering in such a way attracts imprisonment and a fine of Rs 5,000 or both under section 67 (obstructing running of train, etc.) of the Metro Railways (Operation and Maintenance) Act, 2002. We request Mumbaikars to desist from such acts,” the official said. This is the first time in Mumbai that platform screen doors are being used on any Metro line.

As per the act, anybody who tampers with any signalling installations, is liable to be removed by the metro railway administration and shall also be punishable with imprisonment for a term which may extend to four years, or with fine which may extend to Rs 5,000, or with both.

Next Story : ‘MahaRERA failing to complete conciliation within given period’