Mumbai: Shia Muslims gear up to mark the martyrdom of Imam Hussain as Muharram begins 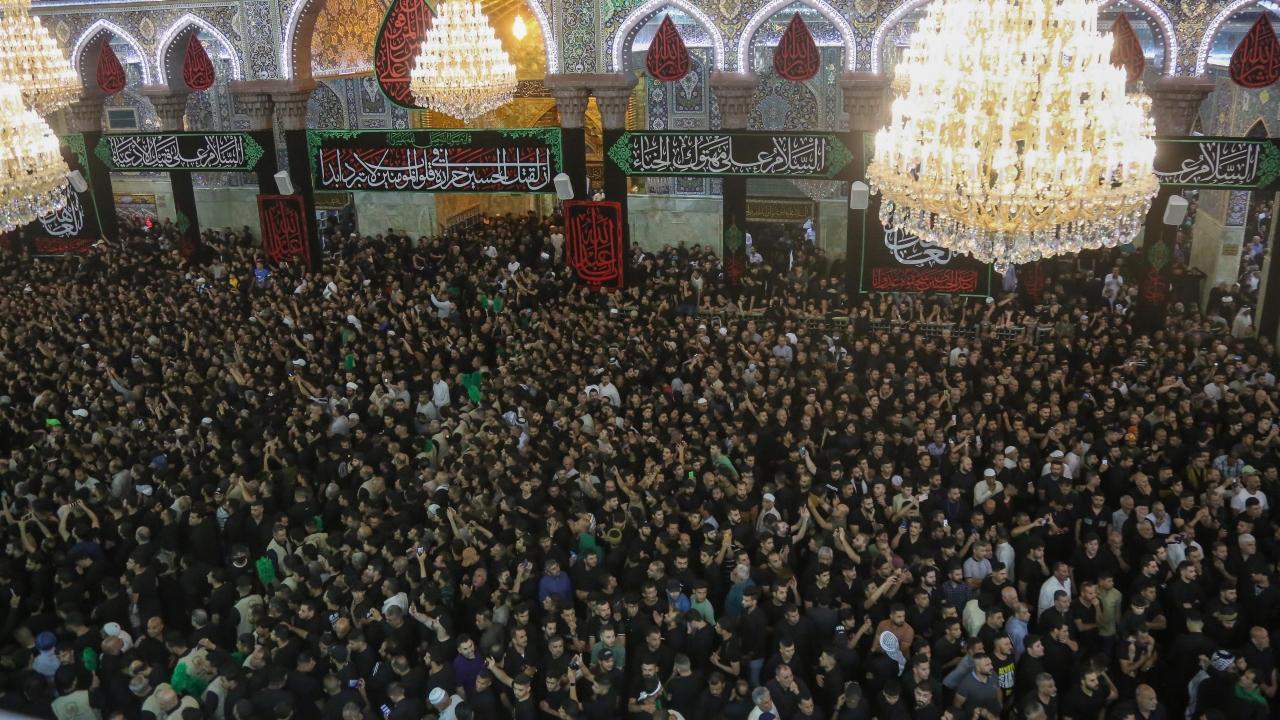 Shiite worshippers take part in a mourning ritual at the Imam Hussein shrine in Iraq's holy city of Karbala on July 29, 2022, on the eve of the 1st of the Muslim month of Muharram. Pic/ AFP


As holy islamic month of Muharram begins, the Shia Muslims in Mumbai are gearing up to mark the martyrdom of Imam Hussain ibn Ali, the grandson of Prophet Muhammad.

The Shia Muslims of Mumbai are thankful to Maharashtra CM Eknath Shinde for lifting the curbs on religious festivals introduced during the pandemic. During the Covid-19 pandemic restrictions including public gatherings and processesion were prohibited.

"We have noticed in the past weeks the number of Covid-19 cases have decreased, it is a welcome move and we are thankful to the state CM Mr. Shinde for his decision," said Vasi Sayed, President, Salute 72 Matamdari Foundation, a non-profit organisation.

The All India Shia Personal Law Board (AISPLB) spokesperson Maulana Yasoob Abbas thanked the Maharashtra government for its announcement to lift curbs from religious functions.

Explaining about the history and significance of Muharram, Maulana Yasoob Abbas told mid-day.com, "During this month, 1400 years ago Imam Hussain and his family had reached Karbala, now a city in Iraq. Imam Hussain and his 72 companions were martyred on the day of Ashura (the 10th day of Muharram) in Karbala by the Army of Yazid on his orders. “

“The Shia Muslims remember the massacre and to mark public mourning and remembering the pain given to their great leader and his family members. The community members wear black clothes, organise majis and take out processions to mark the martyrdom of Imam Hussain ibn Ali,” he added.

He mentioned, "The Shia community members not only in India but across the world distribute food and water to people remembering Imam Hussain, his children and companions who were martyred while being without any food and water for three days."

Vasi Sayed who is also the chief of Guldasta-E-Matami, a Mumbai based Anjuman told mid-day.com, "We would be starting the pursa and matam (mourning) from July 30 night." He explained, "The matam of Imam Hussain ibn Ali is done round the clock during Muharram and Safar. There are several Anjumans who participate in matam at different intervals hence we coordinate with each other. Several Anjumans also set up Sabeels across the city from where food and water are distributed to people. This is in remembrance of Imam Hussain ibn Ali and his children who were refused even water."

During Muharram and Safar (the next month of Islamic calendar), Shia Muslims refrain from attending and celebrating joyous events.

Ali Shozab Sayed, President of Anjuman-E-Hussaini and a member of Anjumane Sipah-E-Hussaini, Mumbai, an Anjuman that was founded in 1952 said, "Unlike the moon of other months, with the sighting of the moon of Muharram, we begin the Azadari (mourning). A Juloos is organised at around 10 pm after the sighting of the moon, the juloos begin from Iranian Mosque at Imamwada road, Dongri to Zainabia Imambargah in Bhendi Bazar.

He added, "Our Anjuman stations two Sabeels- Sabeel-E-Anjumane Sipah-E-Hussaini at Iranian Mosque and Sabeel-E-Tashnalab at Zainabia Imambargah where food, juices and water is distributed to people. We also organise the Shame-E-Gareeb (Evening after the martydom of Imam Hussain Ibn Ali) Majlis by Maulana Mirza Jafar Abbas Sahab followed by Shama (Candle) Juloos, a walk where the recitation of nohas  and matam is done."