According to the railway officials, the incident occurred on Thursday evening at around 7.50 pm on train number 22633 Trivandrum-Nizamuddin Express train. This train arrived from Thiruvananthapuram and was on the way to New Delhi via Vasai 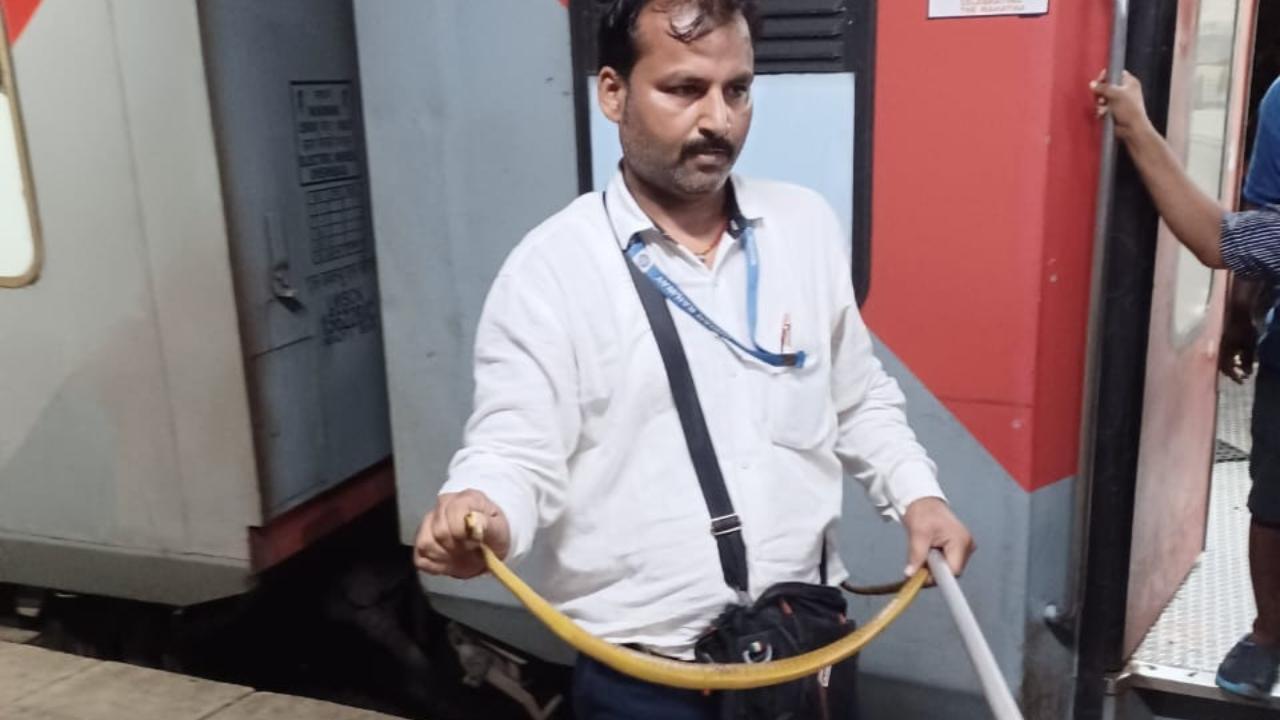 
A Mumbai-based Ticket Checker (TC) rescued a snake at Vasai railway station after the reptile was discovered inside the Express train on Thursday evening by the passengers. After rescuing, the snake was released into the nearby jungle area.

Sukesh Kumar, a senior ticket checker was deployed at Vasai railway station. While Kumar is not an animal rescuer but on several occasions, he has caught snakes at his native house.

According to the railway officials, the incident occurred on Thursday evening at around 7.50 pm on train number 22633 Trivandrum-Nizamuddin Express train. This train arrived from Thiruvananthapuram and was on the way to New Delhi via Vasai.

After the snake was seen by a woman passenger inside the train at Vasai station, she started asking for help and the entire coach was vacated immediately.

Speaking with mid-day, TC Sukesh Kumar said, "On Thursday evening I was on duty at Vasai railway station and I received a message that a snake was inside the 22633 Trivandrum-Nizamuddin Express train. Looking at the alert, I rushed toward the coach. I found the snake was hiding in one of the luggage. I immediately took permission from my senior to rescue the snake. After I rescue the snake, we released it into a jungle area near Vasai. I don't have knowledge about which species of snake."

Next Story : Maharashtra: There will be earthquake if I started speaking, says CM Eknath Shinde