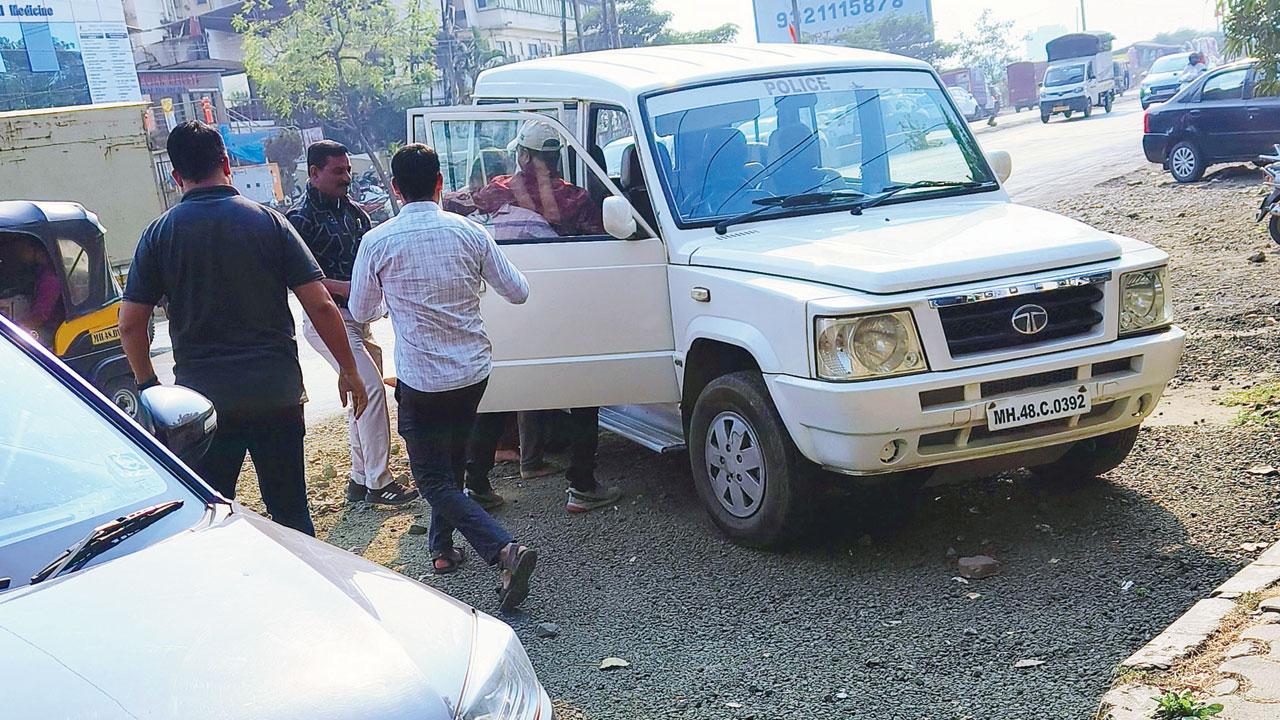 Cops rush an injured Dubey into a police vehicle to take him to the hospital in Vasai, on Wednesday. Pic/Hanif Patel


Former banker Anil Dubey, accused of killing his ex-colleague and grievously injuring another while trying to rob an ICICI Bank branch in Virar last year, slit his throat with a paper pin in a Crime Branch lock-up on Wednesday. Dubey had escaped from police custody when he was brought to a Vasai court last week. He was rearrested within 48 hours.

Dubey and his former inmate at Thane Central Prison, Chand Aziz Khan, who zoomed him away on a motorcycle from outside a Vasai court near a public toilet, were kept inside the lockup to record their statements as they were to be produced before the court on Thursday. A source told mid-day that Dubey was heard telling someone at Achole police lockup to pass him a blade from a desk. “But he was not given the blade at the police station. Then he was brought to the Crime Branch office where senior officers were supposed to question him and Khan around 4 pm,” said the source. 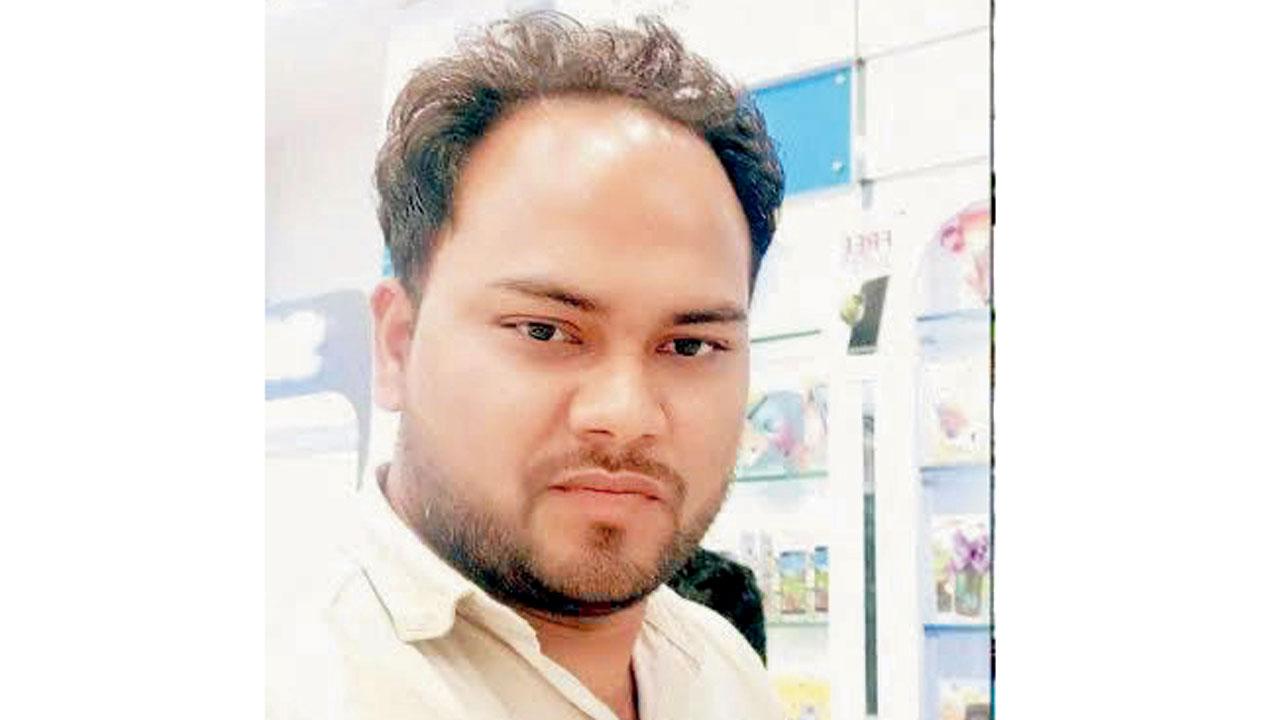 Both the accused had lunch inside the Crime Branch lockup before the cops recorded Khan’s statement. “After Khan was brought to the lockup, Dubey was heard telling him mujhe lagta hai mai aaj kuch kar lega. Later, Dubey slept on the floor and covered his face with a blanket. After a few minutes, Khan claims to have heard a commotion and he [Khan] pulled the blanket from Dubey’s face. When Dubey did not respond, the latter raised an alarm,” said an officer of the  Mira-Bhayandar, Vasai-Virar (MBVV) police.

Alerted by Khan’s screams around 2.55 pm, the officer rushed to the lockup and found Dubey collapsing. He had injured his throat and wrist with a paper pin. The cops took him to a private hospital. “The doctors said there were superficial cuts on his throat and wrist. Dubey is said to be out of danger. Doctors have administered two stitches on his neck,” said an officer. 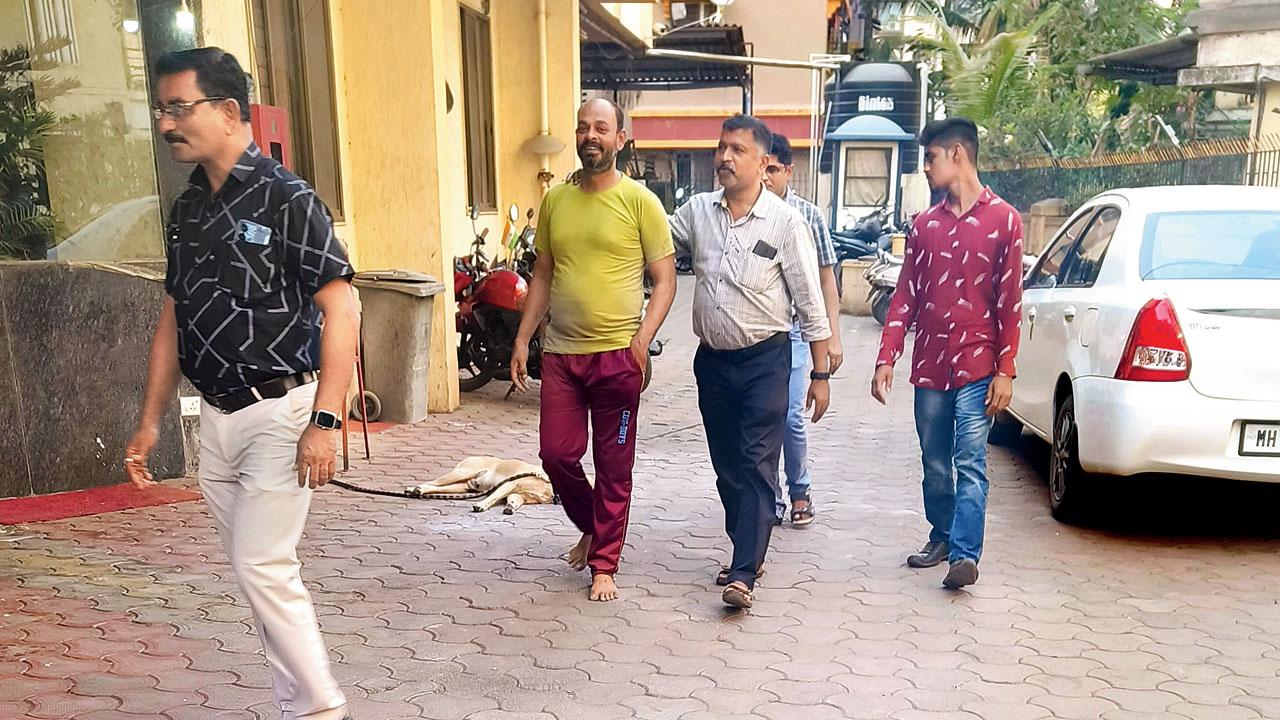 Dubey was arrested last year in July after he allegedly killed his former colleague Yogita Chaudhary and grievously injured Shraddha Devrukhkar inside a Virar branch of ICICI Bank. Dubey, who was neck-deep in debt, had gone there to rob cash and valuables. He was caught after Devrukhkar, despite sustaining 35 stab wounds, blew the bank’s hooter and followed him.

Sources in the MBVV police said Dubey and Khan had planned the escape when they were kept in the Thane jail. Khan came out around six months ago. “Dubey had promised to give Khan R10 lakh in cash if he helped him flee from police custody,” said a source.

A senior MBVV police officer said, “Dubey had planned to escape to Nepal after getting his identity changed. He had also planned to get a fake Aadhaar card and other documents made after his escape last week. But our beefed-up security arrangements forced Dubey and Khan to remain holed inside slum pockets in Nalasopara from where our team arrested them.” 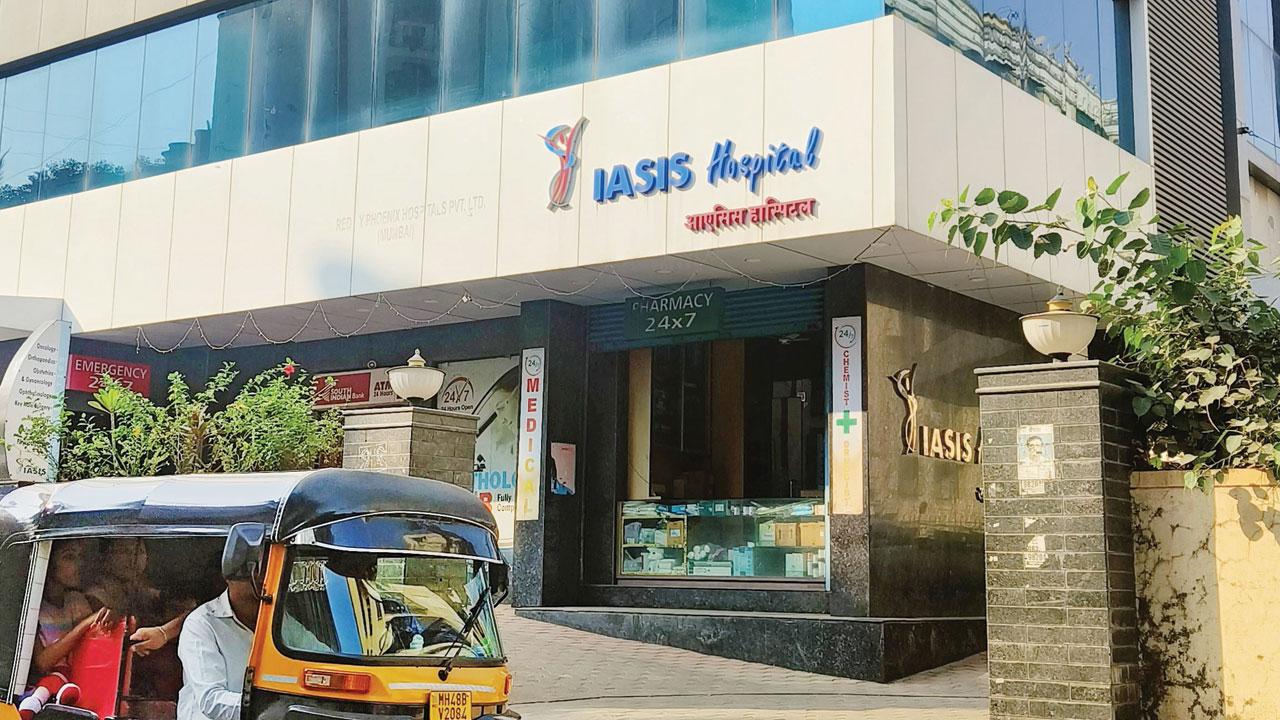 IASIS Hospital in Vasai where Dubey was taken after the incident. Pics/Hanif Patel

Dubey has ruined many lives, said another officer. He said, “He was earning around Rs 1.5 lakh a month when he tried to loot the ICICI Bank where he killed a woman and seriously injured another. That time he was the manager of a Naigaon branch of Axis Bank. He had worked with the deceased woman at the same ICICI Bank in the past before joining Axis Bank. Now, he is desperate to come out of police.”

Dubey was brought to Crime Branch office in the evening where officers counselled him, said a source. Dubey told them he felt dejected as nobody from his family, including his wife, ever comes to meet him. “The Crime Branch officers handled him with care. After the counselling, Dubey assured them that he won’t take any such steps in future,” said the source.

July 29, 2021
Dubey kills ex-colleague, injures another while trying to rob bank in Virar, caught by passers-by

Nov 27
Cops nab Dubey after tracking down the biker

Nov 30
Dubey slits his throat in lock-up, taken to hospital