After escaping from the custody, Dubey and Khan were hiding in slum pockets of Nalasopara East, an official said 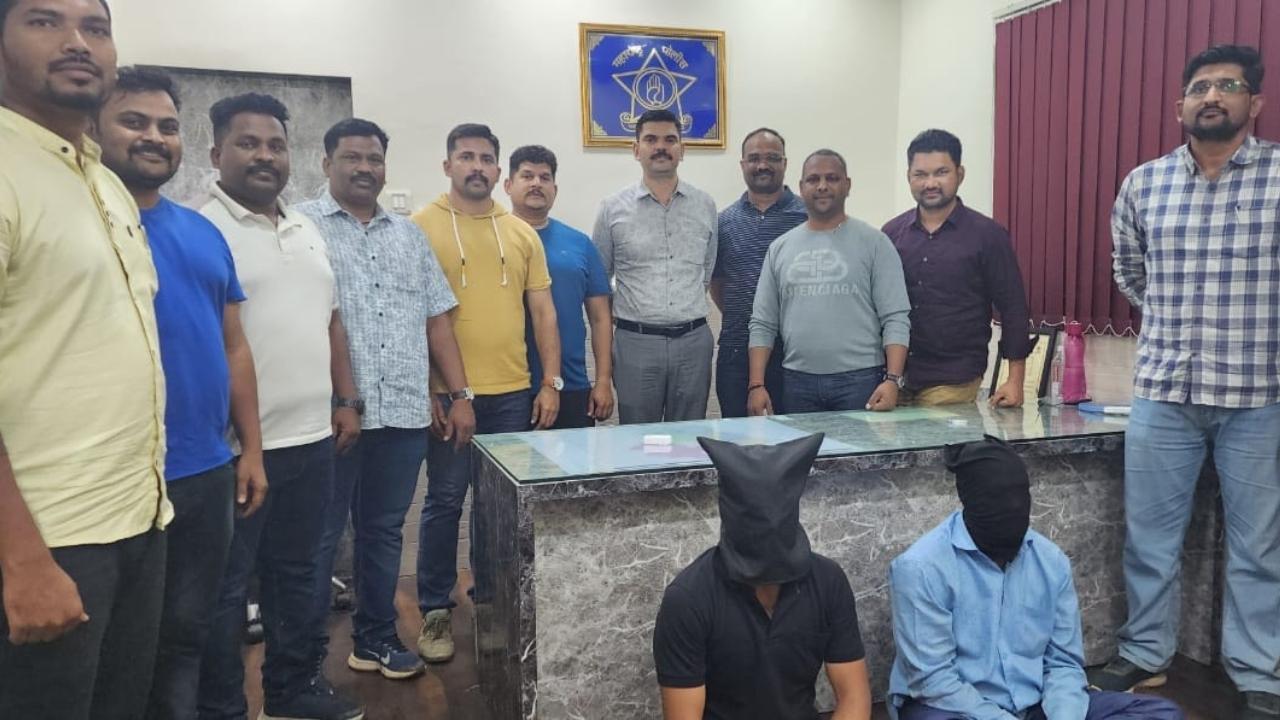 The team of police officials who nabbed the accused. Pic/ Hanif Patel


The sacked Axis Bank manager, Anil Dubey, who had escaped from the clutches of police from Vasai court, while he was brought for a hearing in a murder and robbery case last week, has been arrested by the crime branch sleuths on Monday, the police said.

Dubey, on pretext of going to washroom near court premises had fled away on a motorcycle. The rider of the bike, Chand Badshah Aziz Khan was waiting for him as planned by the duo for over six months ago.

“We have arrested both of them and seized the motorcycle used in the crime,” said a MBVV police officer.

After escaping from the custody, Dubey and Khan were hiding in slum pockets of Nalasopara East. The cops were on high alert as Dubey could have escaped to either Nepal or Punjab. He knew some people in Nepal and Punjab since he had completed his studies, official sources said.

Dubey was arrested last year in June for killing his former colleague and seriously injuring other at ICICI bank in Virar East.

Police said Khan and Dubey met each other at Thane Central jail. Khan, who was imprisoned for theft case, got out of jail around six months ago, said police.

Mid-day had first to broke the news when Dubey had escaped from the custody.

MBVV police formed various team to track down Dubey and Khan. Crime branch sleuths were also roped in to search for the duo.

The DCP Avinash Ambure had been closely monitoring the case and inspector Pramod Badakh with his team managed to trace and arrest the duo.