Mumbai: The walk to Bandra station just got longer 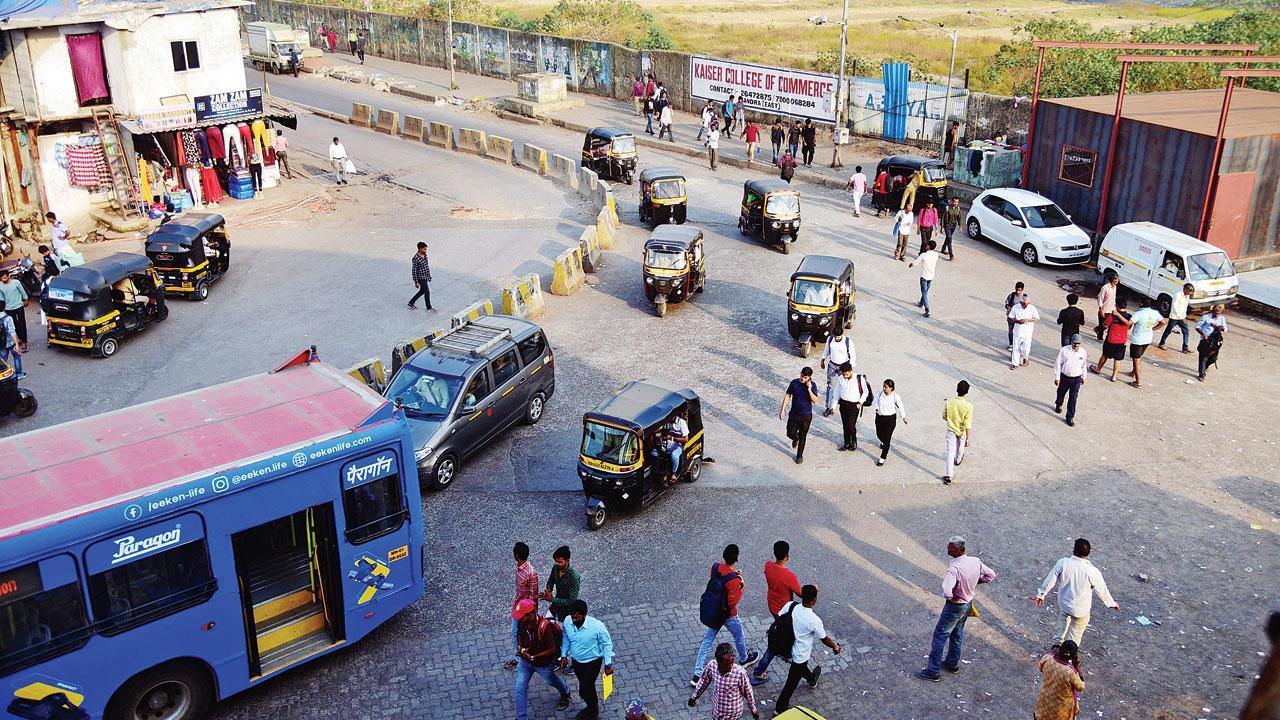 Commuters will have to walk on the narrow, crowded road for some more time. Pics/Pradeep Dhivar


Commuters will have to continue walking to and fro the filthy and narrow road for Bandra station on the East side for some time, as the reconstruction of the skywalk is delayed. Reconstruction of the Bandra skywalk which has been shut for the past three years, has been halted due to technical issues arising in design and will start after a new design and additional cost for the work are approved by the Brihanmumbai Municipal Corporation (BMC). Thousands of pedestrians will have to make their way to the station on the crowded and dirty road for some more months. The work order was given in February 2022 and the work was supposed to be completed within 18 months but 9 months are over and the BMC is now in the process of changing the design. 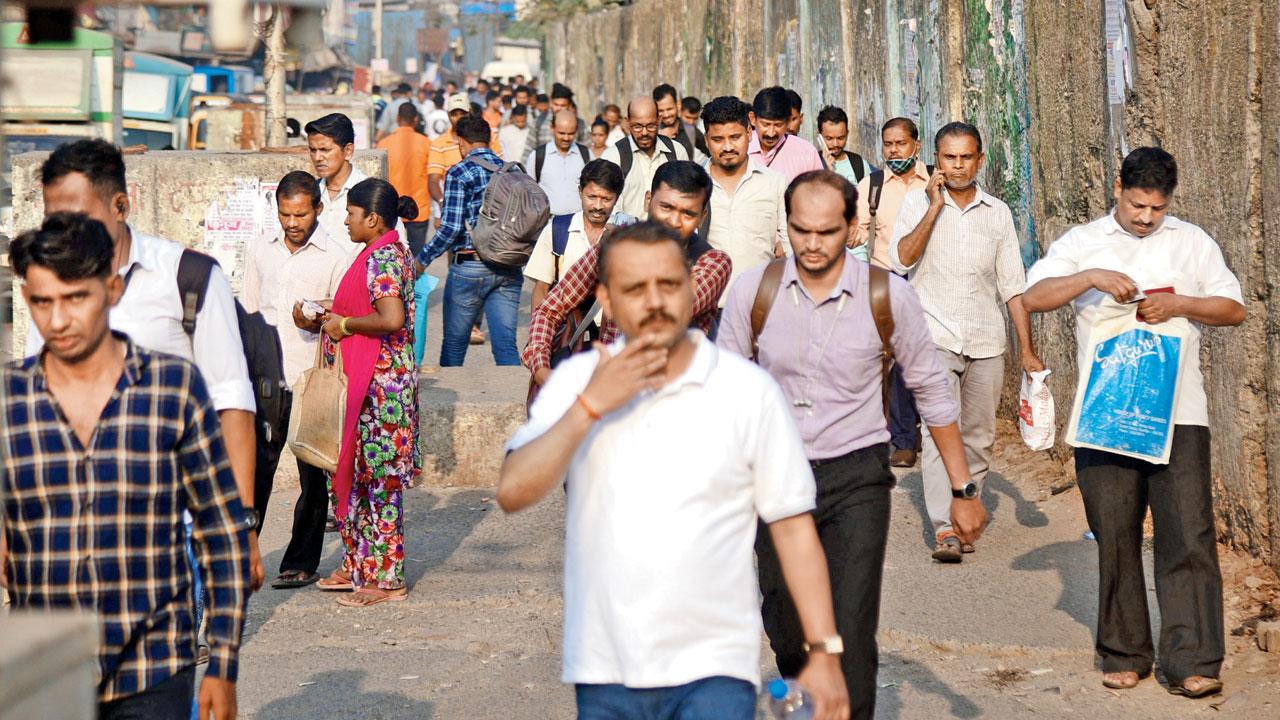 The skywalk, the city’'s first, was shut in 2019, just after the collapse of the CSMT foot overbridge. Till then it had the highest footfall in the city as it helped pedestrians cross the filthy, congested, narrow road below. The BMC ordered a re-audit of the bridge, but then rejected a suggestion from Veermata Jijabai Technological Institute (VJTI) to repair it. The civic administration decided to rebuild part of it because reconstructing the entire skywalk would cost Rs 50 crore. The total cost of the demolition and reconstruction of one arm, 385 metres over Anant Kanekar Marg, from the station to the court, was pegged at almost Rs 19 crore. As per the work order given in February 2022, the work was supposed to be completed within 18 months including monsoon.

Also Read: What even the poshest Mumbaikars couldn’t do, these G20 delegates did!

The skywalk was demolished before the monsoon. “The tender was invited as per the design submitted by the consultant. But when the actual work of piling started, it came to fore that the design needed changes to give strength to the skywalk as it is close to the creek. So we are now in the process of getting the new design approved,” said an official from the Bridges Department. The additional work will increase the cost by at least 20 per cent. “Once the work starts, it will not take much time. The new design of the bridge will help the structure stand for a longer period,” added the official. The approval may take another month before the construction work begins. So this means that pedestrians and bus commuters will have to march on the filthy, uneven patches of the station road for two more monsoons

“BKC is one of the largest economic centres in India and the road leading to it is in such a bad condition. Illegal shops, scrap vehicles and filthy conditions make it impossible to walk on Anant Kanekar Marg. Private vehicles of office employees are parked on the main road but walking on the station road is tough. The skywalk gave comfortable space to walk and eased the traffic on the road below,” said Lata Jalgaonkar, a resident of Bandra and a regular commuter.

The skywalk, with one arm going to Kalanagar via a circuitous route, and another going to Bandra Court via Anant Kanekar Marg (station road), was built in 2008 by the Mumbai Metropolitan Region Development Authority (MMRDA). Veermata Jijabai Technological Institute (VJTI) experts submitted a structural audit report in January 2020 and recommended that the structure undergo major repairs.

However, BMC officials decided to reconstruct it, saying repairs would cost around R7 crore but not increase the lifespan of the skywalk significantly while a new one would stand for at least 40 years. The reconstruction will be of one arm of the original skywalk over Anant Kanekar Marg. The work on the project came to a halt due to the pandemic.

2019
When the Bandra skywalk was shut

Next Story : Mumbai: At 35.2 degrees Celsius, Santacruz was hottest place in subcontinent on Wednesday