After Thackeray's death in 2012, a memorial was built near the tree 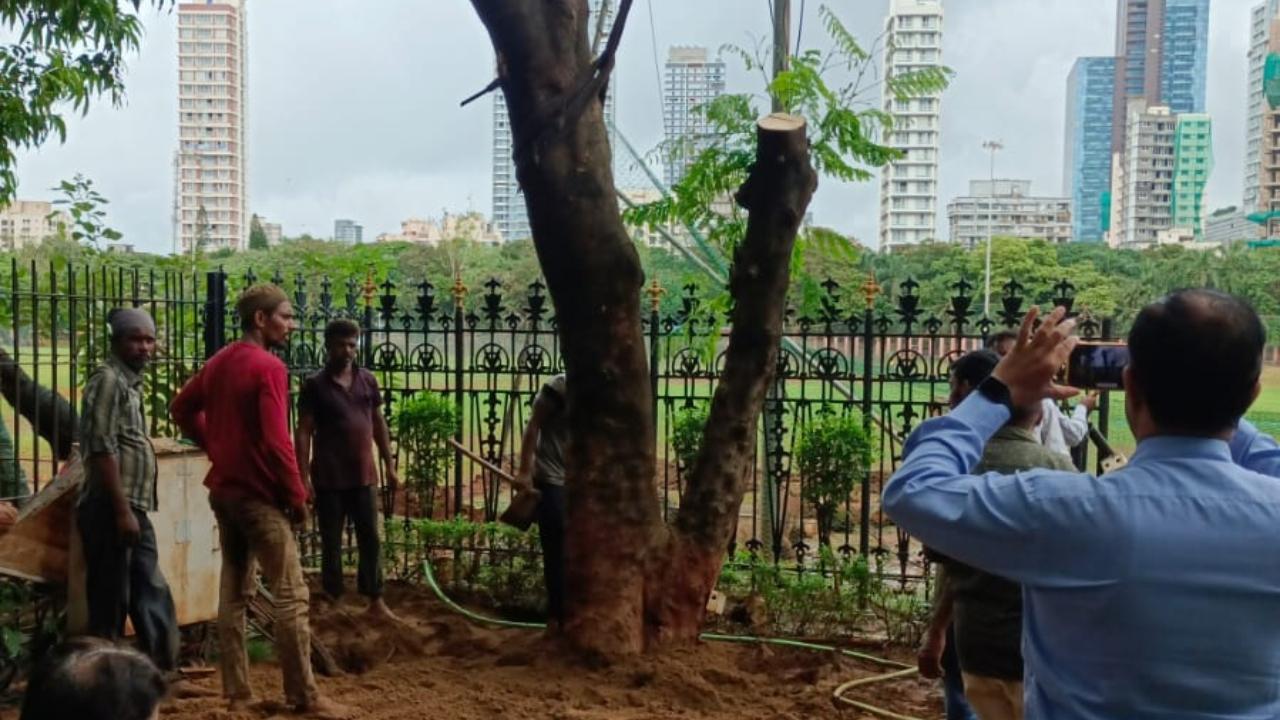 After Thackeray's death in 2012, a memorial was built near the tree.

The wind speed has been high in the last couple of days and the tree fell in the early hours of the day on the opposite side of the memorial, the official said.

In a statement issued later in the evening, the Brihanmumbai Municipal Corporation said it had managed to replant the fallen tree.

"On Sunday night, between 11:45pm and midnight, the BMC ward office was alerted about the tree fall. The G North ward officials decided to replant it at the same place. A wider and deeper ditch was dug, root hormones were applied to the tree along with fertilisers before replantation," the BMC statement informed.

Earlier in the day, former Mumbai mayor and Shiv Sena leader Kishori Pednekar had said the party would want the tree to be replanted at the same spot.