Students on Monday learn that Siddharth College of Law, where they were supposed to sit for the fifth-semester exams starting Tuesday, is undergoing renovations; MU says will ensure these students get to appear for exams 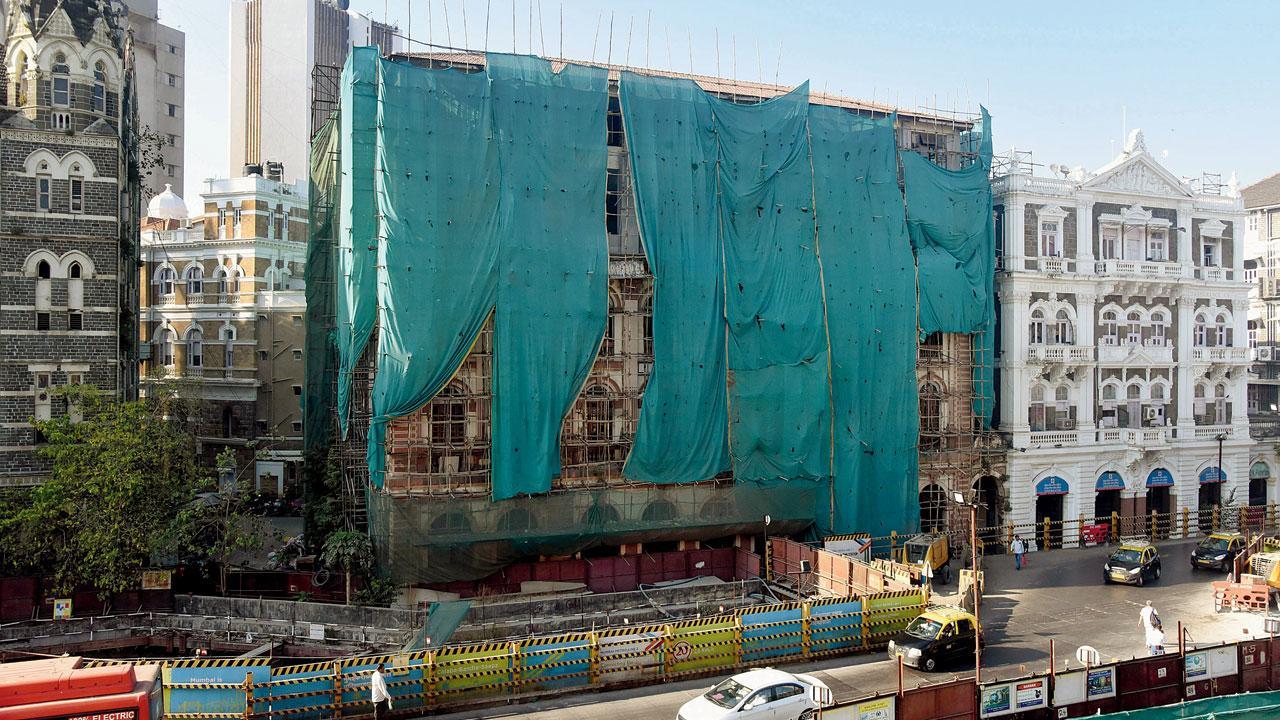 Siddharth College of Law in Fort is undergoing renovations, as seen on Monday. Pic/Sameer Markande


As many as 58 third-year LLB students of the University of Mumbai were in for a shock as they found out on Monday that their exam centre has no provision for conducting exams due to ongoing renovation work. This revelation comes just a day before the exams start from November 29. The students said they have written to the varsity officials but have not gotten any response yet.

This group of students were allotted seats at Siddharth College of Law in Fort for their fifth-semester exams. Manish Chaumal, one of the students, had sent someone to check the exam centre on Monday and was informed that the college was not an exam centre this year.

“When the list of centre allotment was shown to them [Siddharth College of Law officials], they said their college premises are undergoing renovation and cannot accommodate any students for exams. However, no one from MU is answering our calls. I have also sent an email to the vice-chancellor, but there is no response. This last-minute chaos has led to panic among students,” Chaumal said.

Another student said, “The college administration informed us that they are not aware that their premises were allotted as the exam centre. Had we not visited on Monday, it would have been a traumatic experience to know we have been allotted the wrong centre on the day of the exam. Not that we are not worried now.”

An official statement by MU on Monday evening stated, “The matter has been resolved, and third-year LLB (60:40 pattern) students will appear for the exam from Siddharth Law College itself. There are total 256 students who will be appearing for their exams from Siddharth Law College on Tuesday.” The varsity has already been facing chaos regarding the exams as many students are yet to get their hall tickets owing to a technical glitch.

The colleges blamed technical glitch in the system, but the university said the situation was the result of some colleges not completing the registration process in time. The varsity on Monday sent an email to the students asking them to fill forms immediately so that they can appear for the exams starting on November 29.

29
Day in November when the exam is set to start

Next Story : Why is MU charging graduates to register online for senate poll?: Maharashtra Students Union