Amid growing number of passengers since the slashing of single-journey fares, the zonal railway introduces for air-conditioned services 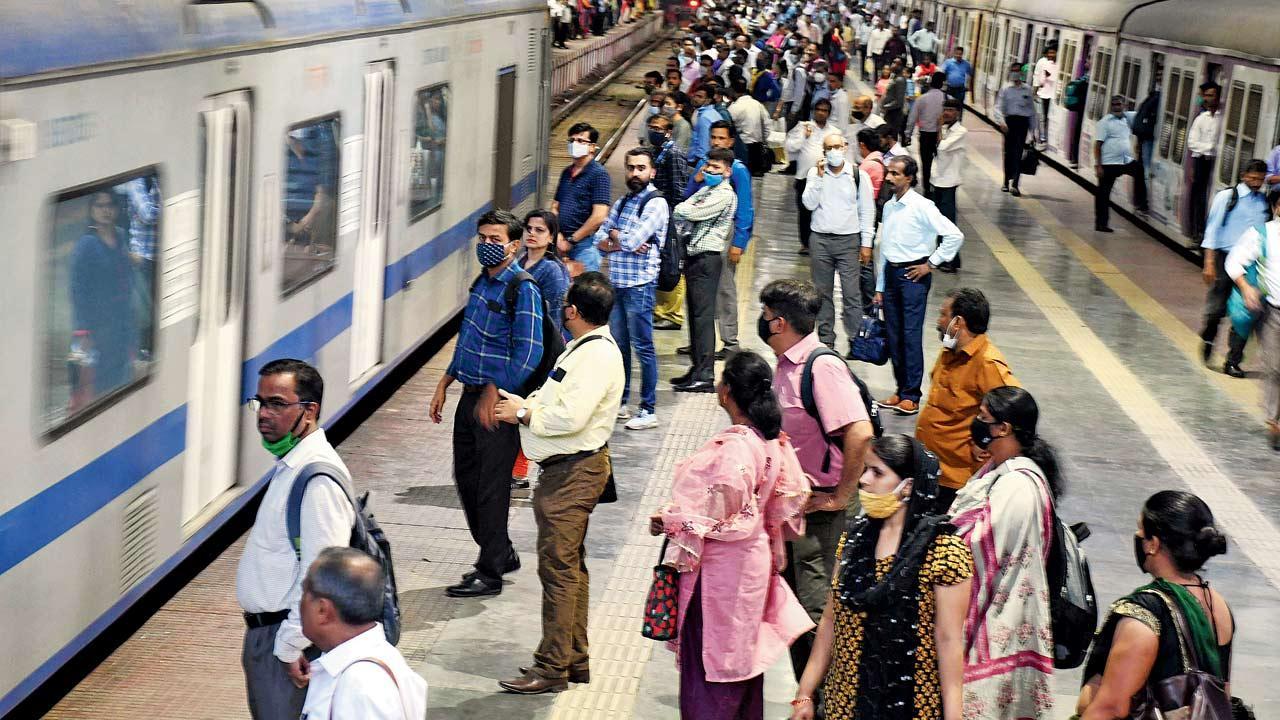 Passengers wait to board an AC local train. File pic


With a 46 per cent rise in commuters on board AC local trains since April this year and the demand still rising, Western Railway introduced 12 new air-conditioned services on Monday. As per official statistics, daily average of passengers has been going up steadily this year from 11,230 in February to 15,357 in March, 22,033 in April and a jump of about 46 per cent in May with 32,115 passengers within the first 15 days.

“The fares for AC local journey tickets have been substantially reduced with effect from May 5, 2022. With this reduction, there has been a rise in the number of commuters travelling by AC locals. The minimum single journey ticket up to 10 km costs just Rs 35. Of the additional 12 services being introduced, six each are in up and down directions. In the up direction, there are five services between Virar and Churchgate, and one between Bhayandar and Churchgate. Similarly, in the down direction, there are four services between Churchgate and Virar, one each between Churchgate and Bhayandar and Andheri and Virar,” Thakur said.