There was a scuffle between two groups in Dadar in the early hours. Initially, one FIR was registered. later, another FIR was also registered under sections of rioting and the Arms Act, police said 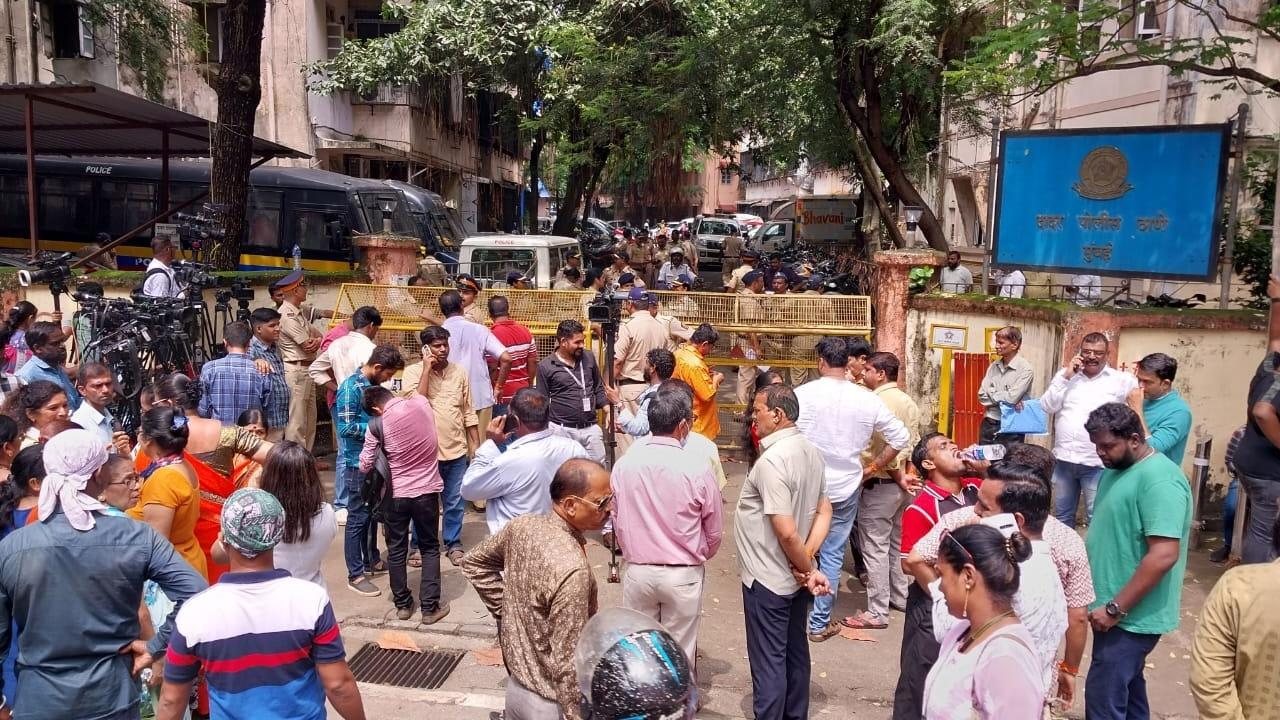 
Party workers of the Uddhav Thackeray-led Shiv Sena and Maharashtra Chief Minister Eknath Shinde's camp clashed with each other in Mumbai in the early hours of Sunday, the officials said, according to the PTI.

After police complaints were filed from both the two groups, Mumbai Police registered First Information Reports (FIRs) against 10 to 20 members of both the sides, including local MLA Sada Sarvankar, the officials said.

The Dadar police also arrested five party workers who were later released on bail, they said.

The incident took place around 12.30 am in New Prabhadevi area in which Sena functionary Santosh Talavane was allegedly attacked by Mahesh Sawant and 30 others, police said.

Talavane is part of the Shinde camp, while Mahesh Sawant belongs to the Thackeray-led Sena.

After meeting officials at Dadar police station following the arrest of workers of the Uddhav Thackeray faction, the parliamentarian said if those arrested are not released and action is not against Sarvankar, his party will take to streets and people will know which is the "real Shiv Sena".

He said after the Ganesh immersion, there was an argument and workers of the two Sena factions clashed around midnight.

Arvind Sawant alleged that Sarvankar verbally abused the rival group and fired twice in public. The Sena spokesperson also claimed that police were a witness to it.

"When our workers went to Dadar police station to lodge a complaint, it was not accepted," he said.

Leader of Opposition in the state Legislative Council Ambadas Danve, who was present with Arvind Sawant at Dadar police station, told reporters that one-sided action by police cannot be tolerated.

"If both sides are at fault, action should be against both. We lodge a complaint, it is ignored. But when the other side complaints, our people are arrested at night," Danve said.

Sarvankar, however, denied opening fire and claimed his rivals were trying to malign him.

He also said if police call him for questioning, he will cooperate with them.

Kiran Pawaskar, spokesman of the Shinde group, also rejected the allegations against Sarvankar.

"Sarvankar has Y category security and it is impossible that he will fire in public," Pawaskar said adding the such allegations were "childish".

Meanwhile, based on complaints from the rival groups, the Dadar police registered two FIRs, including one against Sarvankar, an official said.

"There was a scuffle between two groups in Dadar in the early hours. Initially, one FIR was registered. Now, another FIR has also been registered under sections of rioting and the Arms Act," Deputy Commissioner of Police Pranay Ashok told the PTI.

"Police are verifying those involved in the scuffle and action is being taken against them," he said.

Based on a complaint by Santosh Talavane, the Dadar police arrested five Shiv Sena workers including Mahesh Sawant, another official said, adding that they were later released on bail.

The Dadar police also registered another FIR under various sections including provisions the Arms Act against Sarvankar and others, the official said.
One round was fired during the clash.

The police are investigating who opened the fire, he said.