Maryam Siddiqui, the 12-year-old Thane schoolgirl who in March topped a competition testing knowledge of the Bhagwad Gita, has decided to donate her cash rewards for the cause of girl education 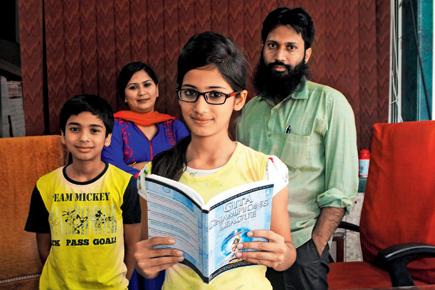 Thane: Maryam Siddiqui, the 12-year-old Thane schoolgirl who in March topped a competition testing knowledge of the Bhagwad Gita, has decided to donate her cash rewards for the cause of girl education. (Read here)

Siddiqui has been showered with felicitations, awards and honours from around the country, starting from President Pranab Mukherjee, Congress president Sonia Gandhi and her son Rahul Gandhi, several chief ministers, and a plethora of organisations. 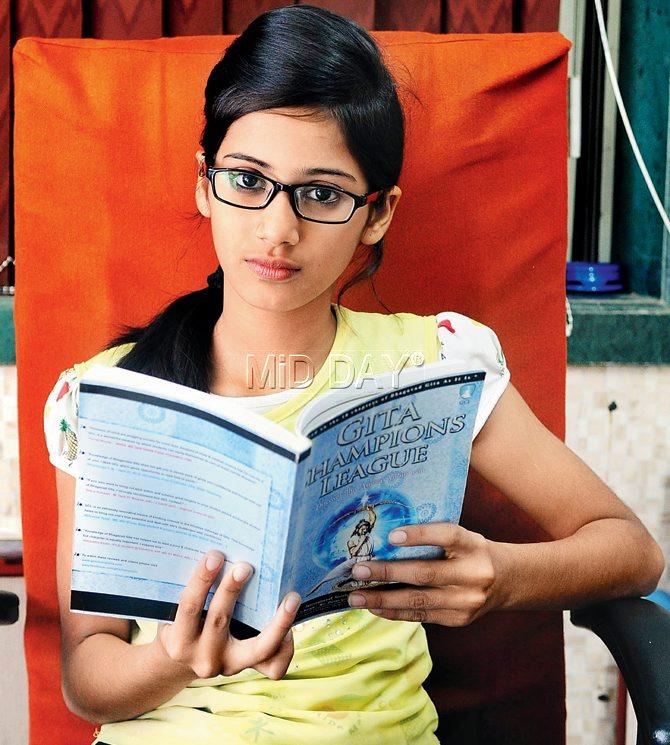 However, the girl, hailing from a Mira Road town middle-class family, has decided to give away all the cash rewards for the education of poor girls.

"Though we are not financially well off, my daughter has made it her mission to work for the education of girls," her father Asif Siddiqui, a journalist and editor of Hindi publication Vartman Media, said on Tuesday.

Maryam, a Class 6 student of Cosmopolitan High School in Mira Road, shot into the international limelight four months ago when she topped the Bhagwad Gita competition conducted by the International Society for Krishna Consciousness - ISKCON.

She bagged the top honour among 4,000 students from 195 schools in Maharashtra who took part in the competition.

On June 2, she was felicitated by Gujarat Chief Minister Anandiben Patel. And the girl surprised the gathering by offering a cheque of Rs.11,000 to the chief minister of one of the rich states of the country with a request to utilise it for the education of poor girls.

Uttar Pradesh Chief Minister Akhilesh Yadav also was similarly stumped on June 6 when he honoured Maryam with a cheque of Rs.11 lakh.

"Maryam not only returned the cheque to the chief minister, but also offered two cheques of Rs.11,000 each to him, with a plea to use all the money for the noble cause through various schemes," Asif added.

On June 9, Maryam is slated to meet Madhya Pradesh Chief Minister Shivraj Singh Chauhan in Bhopal at a felicitation event - and she would be attending it, armed with a cheque to be handed over to the chief minister for the same cause.

Earlier on Tuesday, Maryam visited a destitute children's home, Dinanath Ashram, and distributed sweets and other articles among the resident children and sponsored the school fees of some local girls, he said.

The Bhagwad Gita is a 700-verse epic, which is part of the Mahabharata. Mahatma Gandhi always recited it, calling it his 'spiritual dictionary'.