Firm said would take complainant’s belongings to UP for Rs 20K; then asked for online payment, failing which they refused to deliver goods, said would destroy them 
Shifting his household goods to Uttar Pradesh turned into a nightmare for a Navi Mumbai resident as the packers and movers have allegedly kept his belongings hostage, demanding more money. The complainant offered to pay the money they asked for in cash, but staffers from the company insisted on online payment and have not delivered the goods even after 10 days.

Roshan Vishwakarma, a 35-year-old resident of Kamothe, decided to shift his belongings worth Rs 2.5 lakh to his hometown in Mahu, Uttar Pradesh and looked for packers and movers online. After comparing quotations from different companies, he settled on ‘Deltar Elocacations’ which offered to do the job for Rs 20,000. 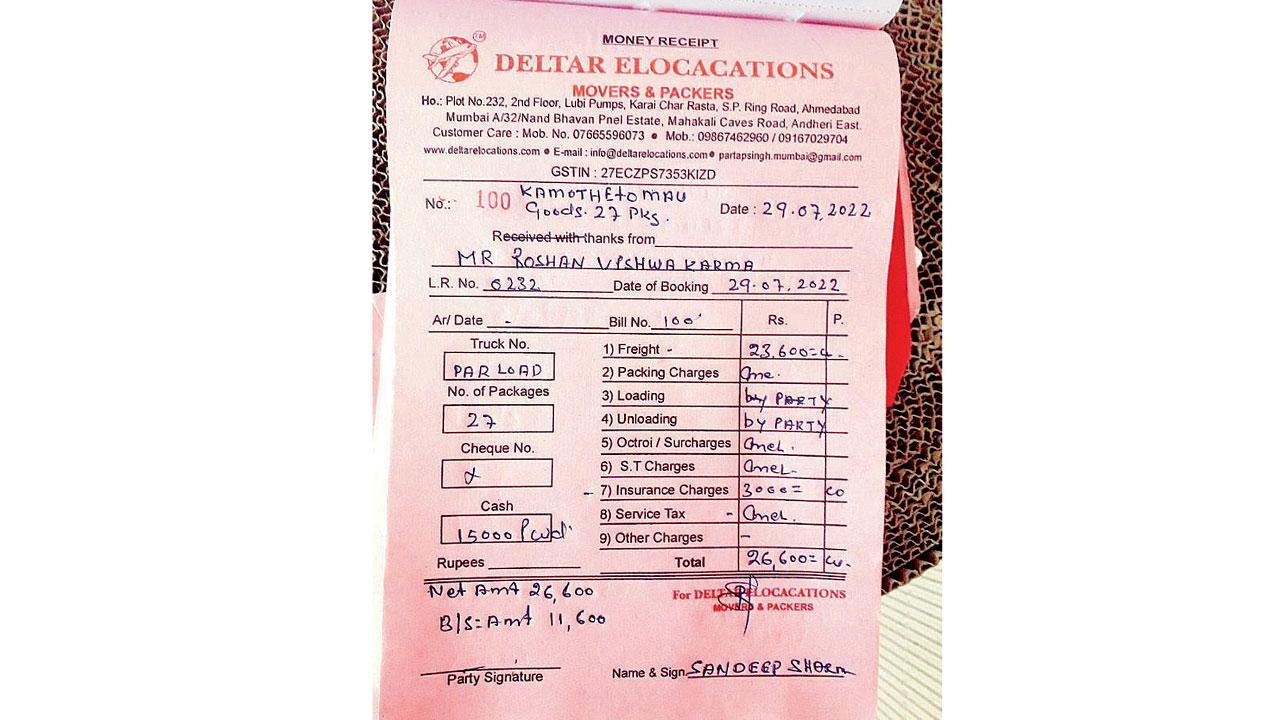 The bill sent by Deltar Elocacations to Vishwakarma on WhatsApp

“I immediately decided to go with this man and fixed the day of shifting as July 27. That day, 3 men and one supervisor came to my home and started packing the stuff. They were professional and did their work with sincerity. I was also given a list of the packages taken into the container before they left. I was so relieved to move all the stuff without hassle,” Vishwakarma told mid-day, adding, “But I didn’t know the journey thereafter would be not so smooth.”

On the day of the packing, Vishwakarma paid the packers and movers Rs 14,500 while the remaining Rs 5,500 was to be paid on delivery. He then moved to UP with his wife but did not receive any calls or information from the packers. When he called the person who had got in touch with him, he was asked to pay Rs 11,600 more to get his belongings delivered to his address. Vishwakarma asked where the goods were kept and was told they were stored in their Varanasi godown. He then asked the man to let him see the same and offered to pay the amount in cash, but the staff from Deltar Elocacations insisted on online payment. 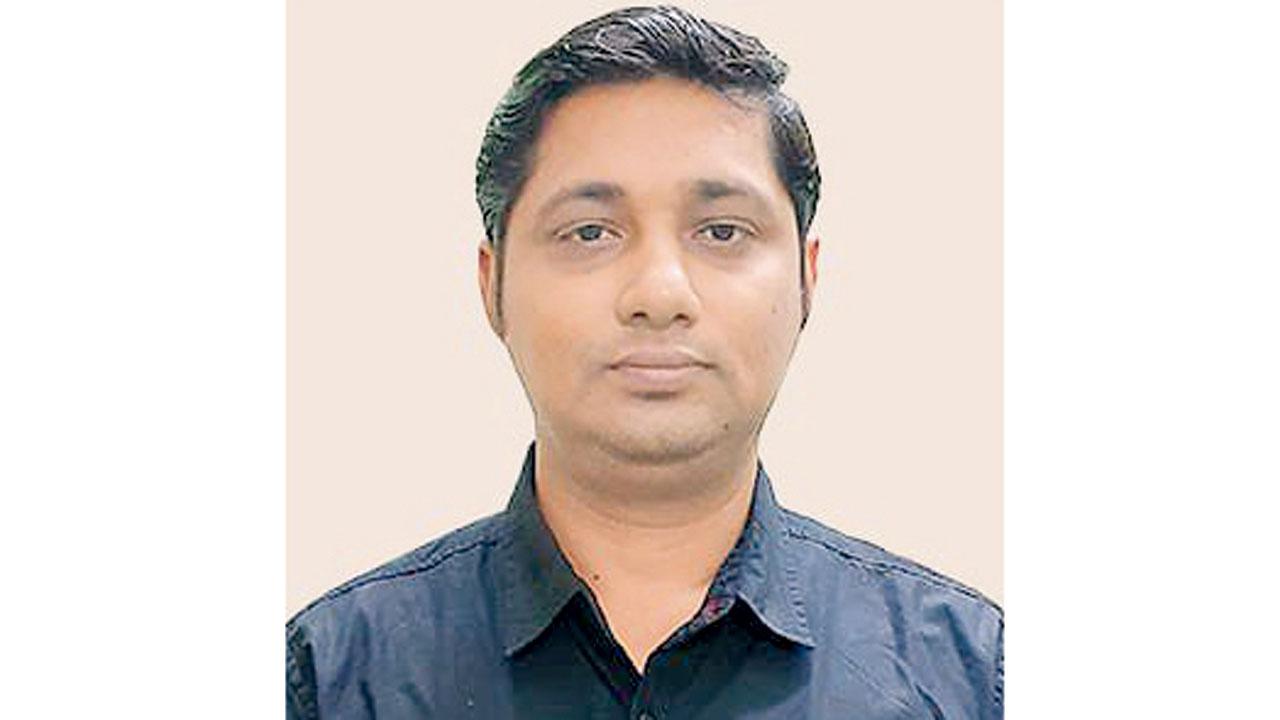 Hearing this, Vishwakarma’s elder brother Deepak tried to find more about the company. “The bill which they had sent my brother on WhatsApp was of Rs 26,600. When I tried to confirm the Andheri address mentioned on the bill, we found it was fake. Even the contact numbers were fake. We realised we were duped,” said Deepak.

Vishwakarma again tried to communicate with the person who had first approached him but the man insisted on online payment failing which he threatened to destroy the goods. Following this, Deepak went to Kamothe police station on Sunday but was told to instead approach the consumer court. However, when he visited the police station again on Monday, the cops accepted the complaint.

“I am an animation artist. My computer, printers, all the household stuff, and even my two-wheeler is with them. I don’t know where they have kept it. Now they have blocked my number and don’t respond to unknown numbers. I am helpless,” said Vishwakarma. Despite repeated attempts by mid-day, staffers from the packers and movers firm did not respond.

Rs 26,600
Amount the packers and movers billed the complainant