In his application, Sarvankar, the MLA from Dadar in Mumbai, said he belongs to Maharashtra Chief Minister Eknath Shinde's faction, who is the 'Mukyaneta of Shiv Sena' 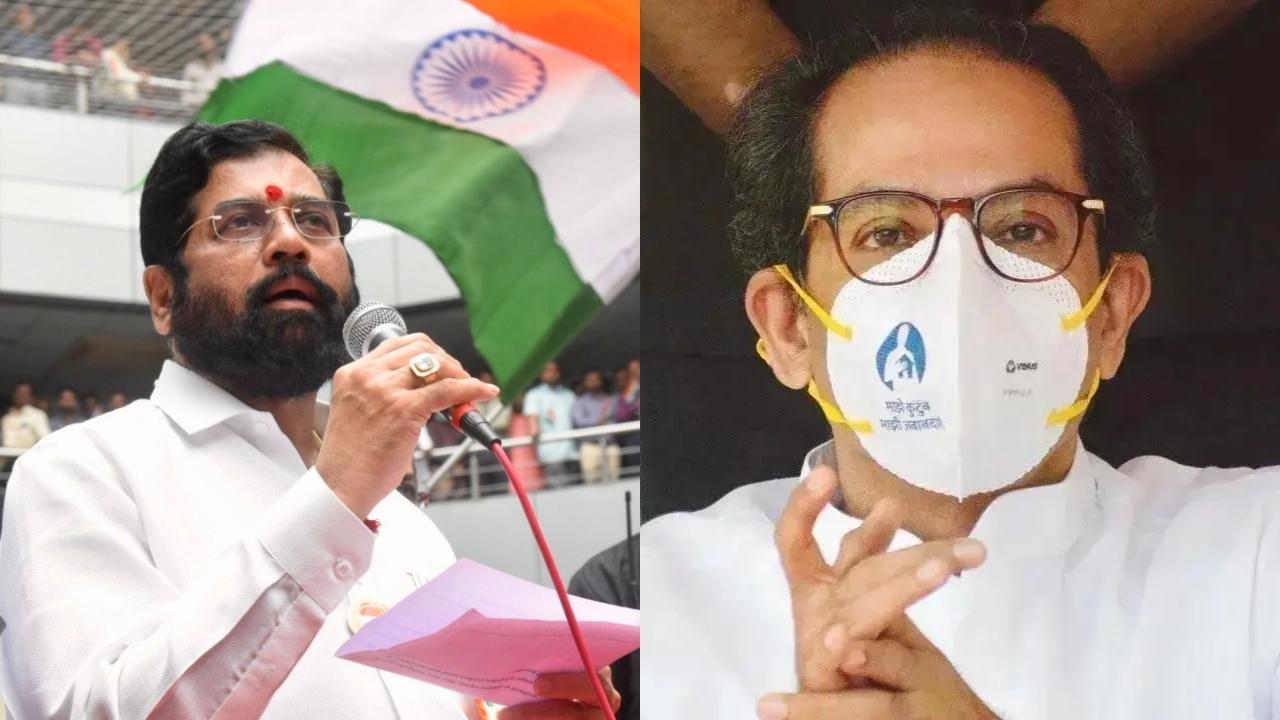 
MLA Sada Sarvankar, of the Eknath Shinde faction of the Shiv Sena, filed an application in the Bombay High Court on Thursday, seeking the court to not hear or decide the Uddhav Thackeray-led Shiv Sena's petition for permission to hold their annual Dussehra rally at the Shivaji Park in Mumbai.

Sarvankar said if the HC passes any order on the issue, then it would cause impediment on the ongoing dispute on who represents the "real Shiv Sena".

The application is likely to be mentioned on Thursday before a division bench of Justices R D Dhanuka and Kamal Khata, which is scheduled to hear the petition filed by Thackeray-led Shiv Sena and its secretary Anil Desai on Wednesday seeking permission to hold the Dussehra rally at the Shivaji Park on October 5.

In his application, Sarvankar, the MLA from Dadar in Mumbai, said he belongs to Maharashtra Chief Minister Eknath Shinde's faction, who is the "Mukyaneta of Shiv Sena".

He claimed the petition filed by the Thackeray-led Shiv Sena is "misleading and misrepresentation" (of facts) as they do not belong to the real Shiv Sena political party.

"As on date, there exists a dispute on who represents the real Shiv Sena and the issue is pending before the Election Commission of India and also the Supreme Court," the application said.

Under the garb of the present petition, the petitioners (Thackeray-led Shiv Sena) were trying to lay claim on the Shiv Sena, it said.

Sarvankar said on August 30 he had also filed an application to the Mumbai civic body seeking permission to hold the Shiv Sena's annual Dussehra rally at the iconic Shivaji Park in central Mumbai.

He claimed the majority support from the Shiv Sena is for Eknath Shinde, and Uddhav Thackeray has no support within the party.

"In the past, this applicant (Sarvankar) was the one who used to file application to the BMC seeking permission to hold the rally at Shivaji Park," Sarvankar said in the plea.

It sought the HC to stay the hearing on the petition filed by Thackeray-led Sena till the ECI and the Supreme Court hear and finally decide on the dispute.

In a related development, Brihanmumbai Municipal Commissioner Iqbal Singh Chahal told PTI on Thursday that the civic administration has denied permission to both the Shiv Sena factions for holding the rally at Shivaji Park.

The permission has been denied on the basis of a law and order issue raised by Mumbai Police, according to civic officials.