The Prime Minister urged citizens to hoist the Tricolour at their homes from August 13-15, as part of this campaign 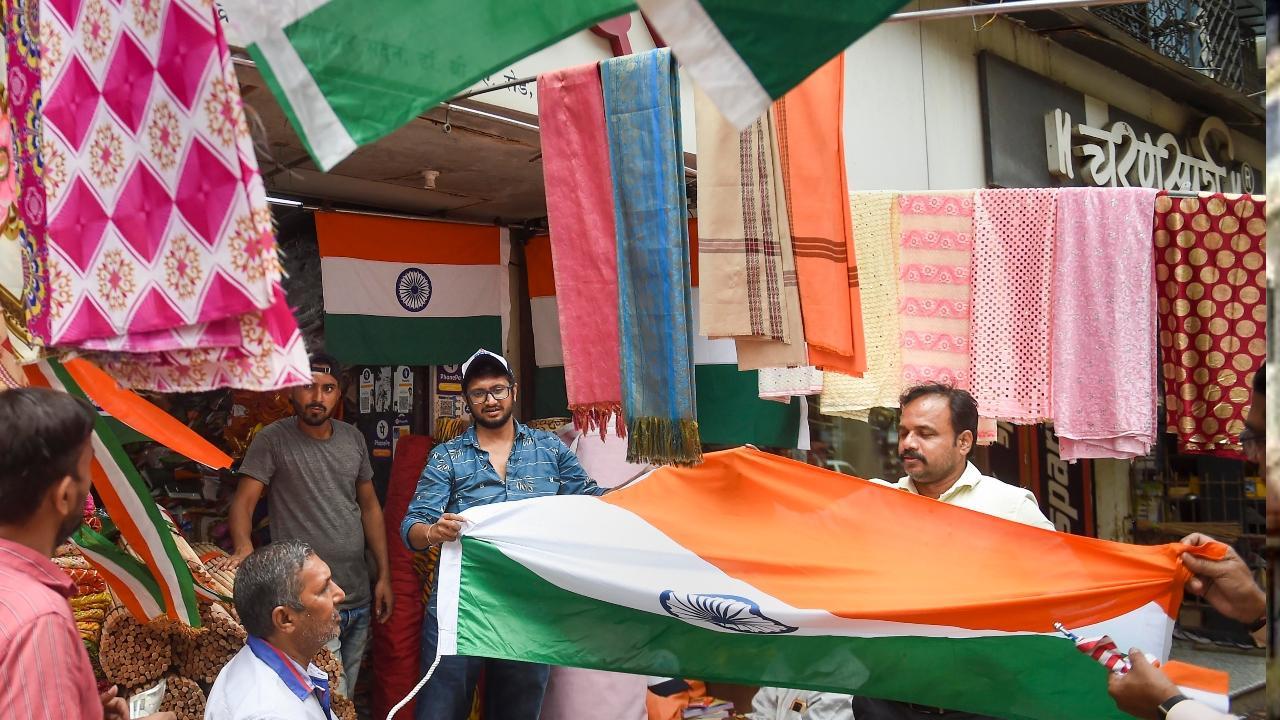 
Prime Minister Narendra Modi’s ‘Har Ghar Tiranga’ campaign, ahead of 75th independence day has undoubtedly struck a chord with most in this country. The skyrocketing demand for the Tricolour speaks for itself.

The Prime Minister urged citizens to hoist the Tricolour at their homes from August 13-15, as part of this campaign. After this announcement, mid-day Digital reached out to a few flag manufacturers in the city to feel the pulse of the masses.

Gyan Shah, Founder of the Flag Corporation in Mumbai, said that the demand for the Indian flag has shot up 80-100 times. “It has been very overwhelming. The demand has skyrocketed and we are sort of on a war-footing to meet demand,” Shah said.

He also said before the pandemic, his unit manufactured flags in thousands, but with this campaign, they are supplying the Tricolour in lakhs and crores. “We supply flags just in Maharashtra but this year we are receiving inquiries from across the country,” he added.

Another manufacturer, Amarjit Singh, Founder of the Flag Company said, “There has been a lot of demand. People are asking for lakhs and lakhs of flags after the Har Ghar Tiranga campaign announcement. The demand is so high that we are unable to cope with it.”

Singh said this initiative has helped in creating productive employment opportunities in the country. “It is good that the initiative has created employment as many people are manufacturing flags from their homes and are being paid for it,” he added.

The Maharashtra government has asked the state cooperation department to ensure that every housing society hoists the tricolour for Independence Day on August 15 as part of the 'Har Ghar Tiranga' campaign, an official said on Sunday. Hoisting the national flag is a part of the Union government's directives to celebrate 75 years of independence.

In an order issued last week, the state cooperation department has been directed to ensure that every cooperative housing society hoists the tricolour on its premises.