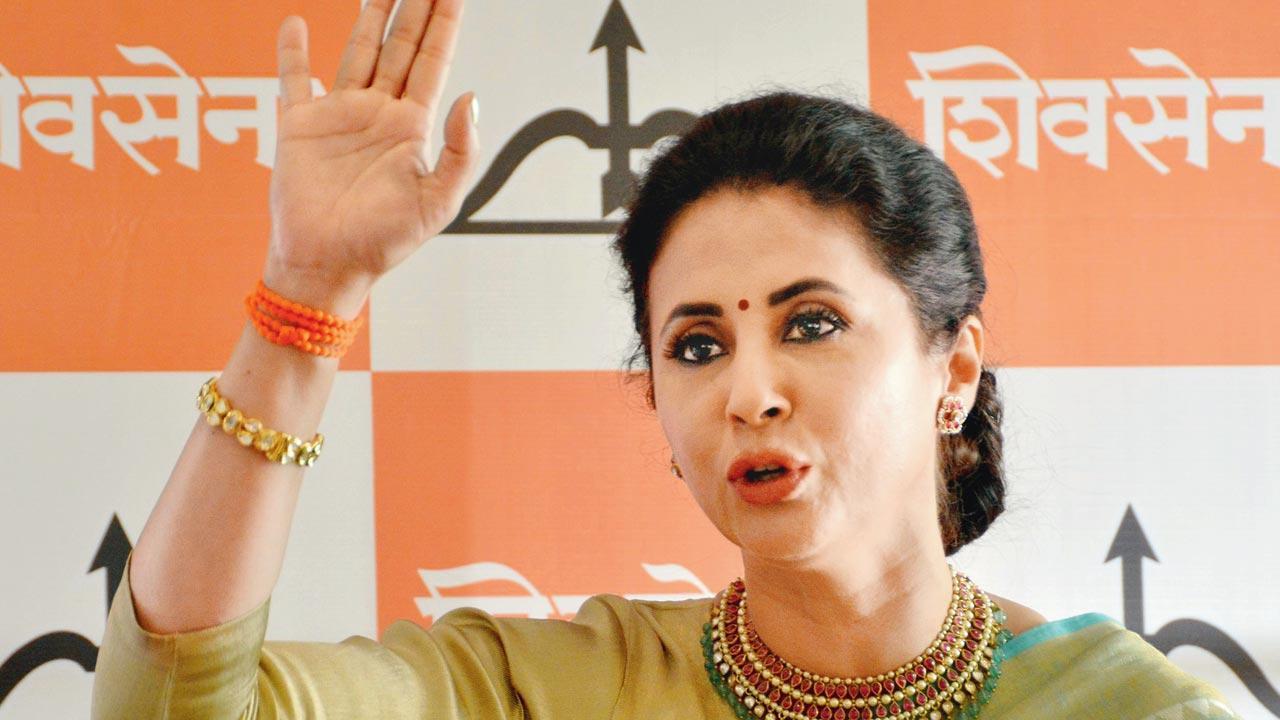 
Bollywood actor-turned-politician Urmila Matondkar is missing in action when the Shiv Sena leadership is banking on the party rank and file for support to fight a revolt allegedly aimed to finish off the Sena. While there is “Daud” among Sena workers to exhibit their loyalty towards the Matoshree camp to uproot the challenges thrown by Chief Minister Eknath Shinde and rebel MLAs, Matondkar’s absence has fuelled speculations.

Many within the Sena are in a tizzy as Matondkar, instead of coming out in support of Thackeray and Sena, has tweeted extending her best wishes to Shinde and Deputy Chief Minister Devendra Fadnavis.

“Everyone having loyalty towards Matoshree is coming forward to pledge their support to the Thackeray clan and Sena which is facing one of its worst crises. But Urmila ji is not seen anywhere defending the party at a time when it needs support from every corner, especially from prominent personalities and leaders,” a leader close to Matoshree told mid-day.

Sena chief Uddhav Thackeray had recommended Matondkar for the Maharashtra Legislative Council. She figured among the 12 names that were forwarded by the Thackeray-led Maha Vikas Aghadi to Governor Bhagat Singh Koshyari for MLC nomination.

Under Article 171 of the Constitution, the governor can nominate 12 members with experience in the field of literature, art, science, cooperative movement, and social service to the Legislative Council. However, the 12 MLC posts that were lying vacant since 2020 were never cleared for reasons best known to the governor. With the change of guard in the state, now Shinde in consultation with Fadnavis will send a fresh list of names.

Matondkar had contested the 2019 Lok Sabha elections from Mumbai North constituency on a Congress ticket and lost to BJP’s Gopal Shetty. A couple of months later, she quit the Congress citing “in-house politics”. But, immediately after her resignation, she joined the Sena.

When the Sena and actor Kangana Ranaut were at loggerheads, Matondkar had backed Thackeray. She slammed Ranaut for equating Mumbai to PoK. This further strengthened her ties with Matoshree.

Amid theories doing rounds over Matondkar’s absence, a senior Sena leader said that the tradition to reward party entrants should be stopped. “In politics, many people switch from one party to another. There is nothing wrong if a party inducts disgruntled leaders from other parties. But, while doing so no one should be rewarded immediately with coveted posts. In short, there should be a waiting period for every new entrant,” the leader added.

The old-timer even cited the case of Manisha Kayande. He said that Kayande, who was associated with the BJP, joined Sena in 2012. “But she was made an MLC in 2018. She was made to wait for six years. That should be the case with other new entrants too,” he added.

Another Sena leader told mid-day, “Matondkar was never active at the grassroots level or when it came to party leaders’ meetings. However, she could have expressed her thoughts on social media about the recent upheaval in the party.” Matondkar didn’t respond to calls and text messages.

Do you think Urmila Matondkar continues to support the Thackeray clan?