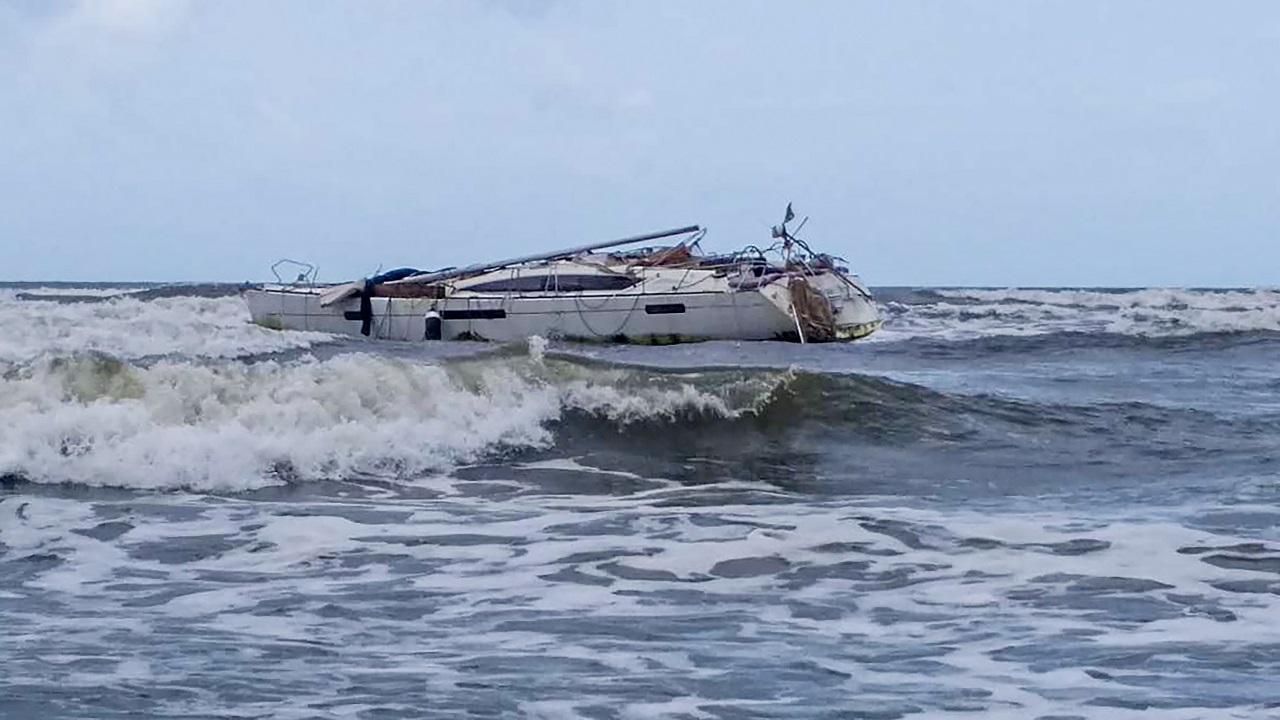 A suspicious boat with three AK-47 rifles and bullets found off the Raigad coast in Maharashtra. Pic/PTI


The Maharashtra Anti-Terrorism Squad (ATS) has registered a case against unidentified persons in connection with the yacht that was found off the Raigad coast near Mumbai with AK-47 rifles and live rounds on board, an official said on Friday.

A first information report (FIR) under sections 7 and 25 of the Arms Act has been registered against unidentified persons, and the Navi Mumbai unit of the state ATS is investigating the case, he said.

The 16-metre-long yacht with three AK-47 rifles on board was found off the coast of Harihareshwar-Shrivardhan in Raigad district Thursday morning, causing a scare, although officials had maintained that there was no terror angle in it.

The discovery of the weapons on the vessel created a buzz as it came ahead of Dahi Handi and Ganesh festivals, but Maharashtra Deputy Chief Minister Devendra Fadnavis said no terror connection had been found.

Fadnavis, who also holds the Home portfolio, had informed the state Assembly on Thursday that the name of the vessel was Lady Han and it was owned by an Australian woman.

The three assault rifles, some rounds of ammunition and also documents were found on the yacht, Fadnavis added.

Next Story : Two held with ambergris worth Rs 1.6 cr in Thane district