Bilkis Bano case: Family was in dark, as rapists were greeted with sweets

Opposition takes on PM Modi, who spoke about ‘Nari Shakti’ on I-Day, hours before 11 criminals were freed, asks if he believes in his own words 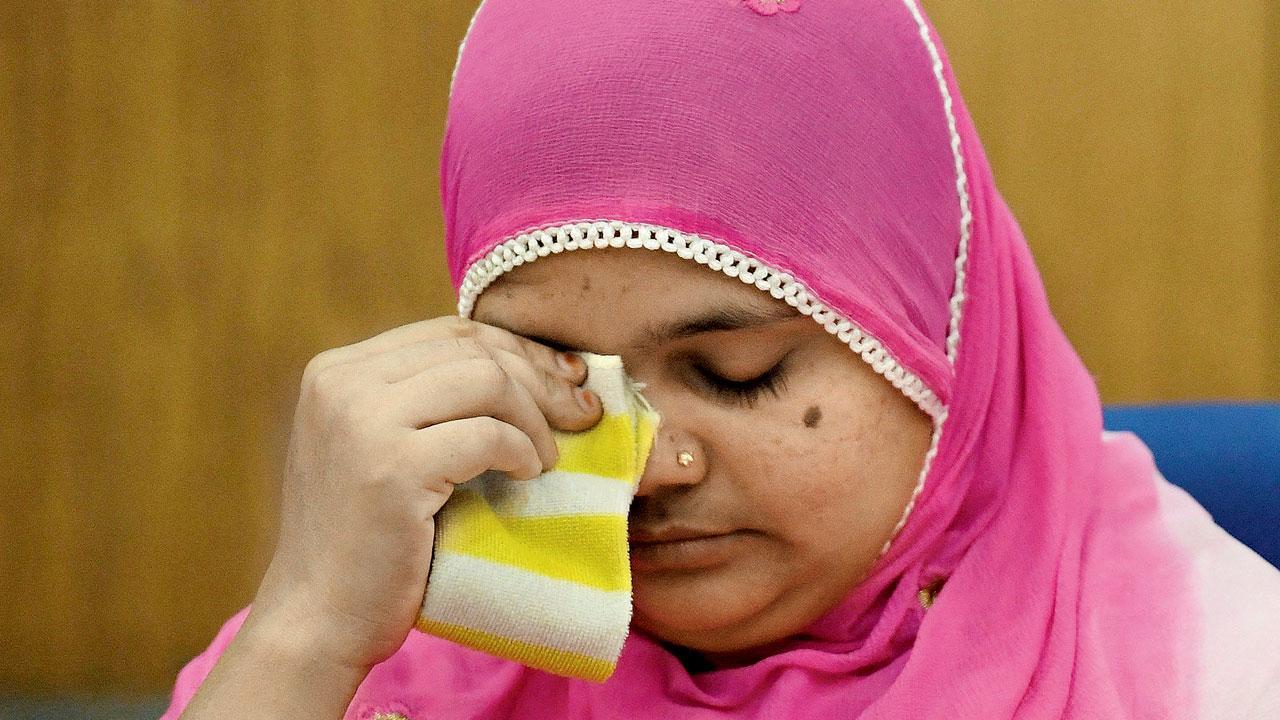 Bilkis Bano, five-month pregnant at the time, and killed her three-year-old daughter during the 2002 riots, were welcomed with sweets on Monday. File pic/AFP


“I learnt about their release from the media,” the husband of Bilkis Bano, who was gang raped during the 2002 Gujarat riots, said on Tuesday. The BJP government in the state on Monday released 11 convicts sentenced to life term for the rape and murder of her family. The decision contradicts a policy released by the Centre, also led by the BJP, which in June allowed release of convicted prisoners as part of the Azadi Ka Amrit Mahotsav celebrations. However, special remission should not be granted to rape convicts, the policy states.

According to an NDTV report, the Centre’s policy also mentions that convicts serving life imprisonment or death sentence should not be granted special remission. Bilkis was 21-year-old and five months pregnant when the 11 men raped her, as she was fleeing the riots in 2002, and killed seven members of her family, including her three-year-old daughter. 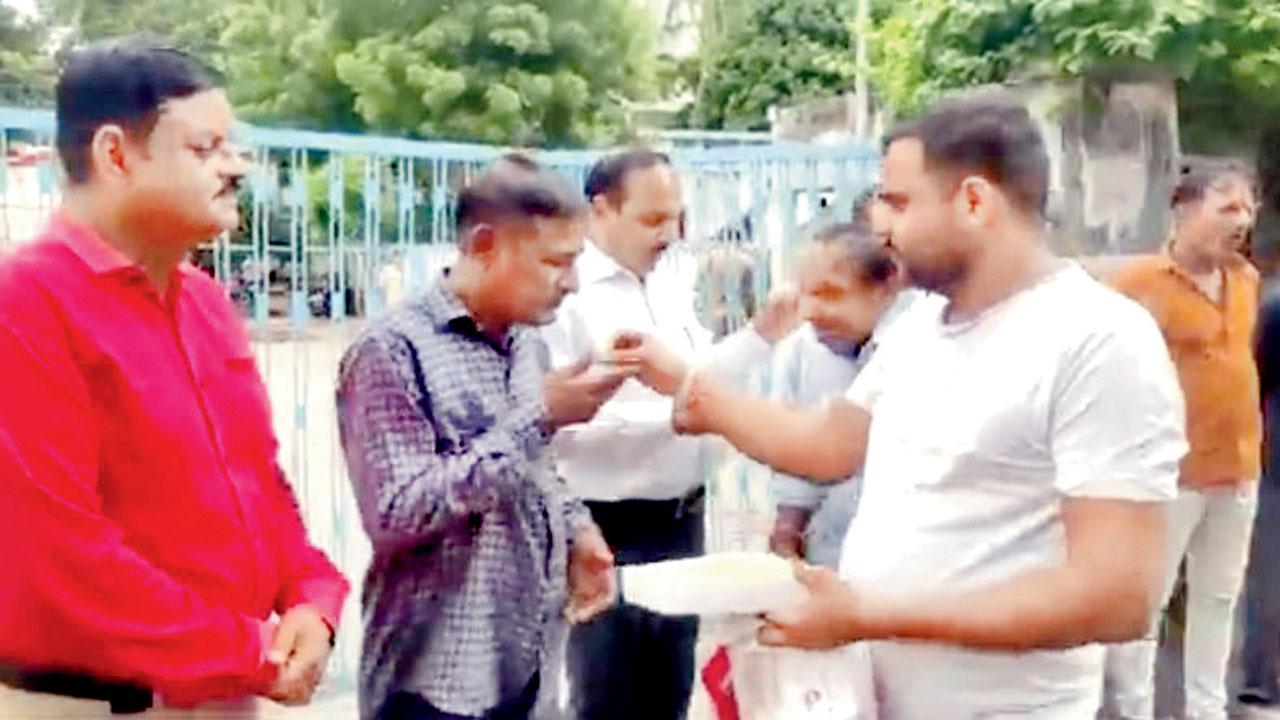 The 11 convicts who raped

After their release from Godhra jail on Monday, the convicts were welcomed with sweets and garlands outside the jail. “We were surprised to know that the convicts have been released,” Bilkis’s husband Yakub Rasul said. “We don’t know when the convicts processed their application and which ruling the state government took into consideration. We never received any kind of notice.”

Rasul said the state government had paid the family a compensation of R50 lakh as directed by the Supreme Court, but it is yet to comply with SC’s order of giving them a job or a house. Rasul said they live virtually in hiding. 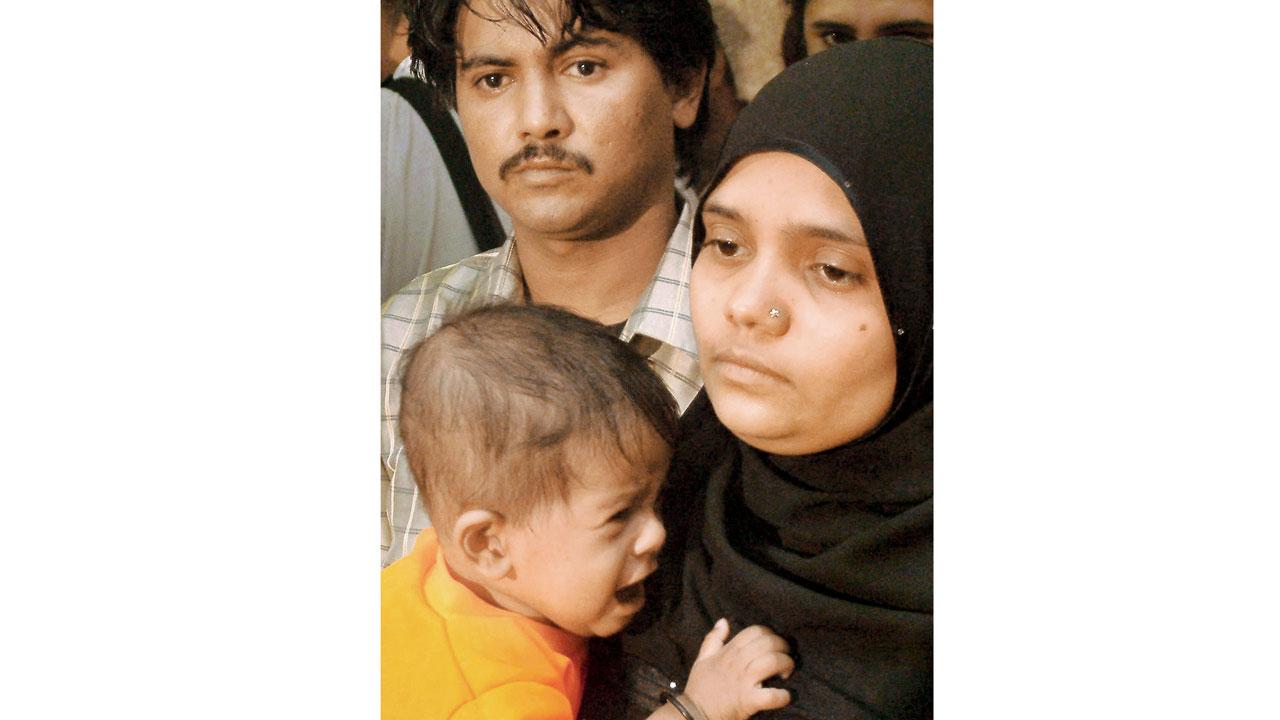 Bilkis Bano with her husband Yakub Rasool and their child in Ahmedabad, August 8, 2004. Pic/PTI

They had served over 15 years in jail after which Radheshyam approached the SC seeking his premature release. The SC directed the Gujarat government to look into the issue of remission of his sentence as per the July 1992 policy, and a committee was formed, said Panchmahals Collector Sujal Mayatra, who headed the panel.

“The committee formed a few months back took a unanimous decision in favour of remission of all the 11 convicts. The recommendation was sent to the state government, and we received the orders for their release yesterday,” said Mayatra. As per the 2014 policy, a person convicted for both gang rape and murder can’t be released prematurely, but the 1992 policy had no such bar, a lawyer pointed out.

‘Happy to be free’

Radheshyam  said he feels happy to be released. AIMIM chief Asaduddin Owaisi slammed PM Narendra Modi. In his Independence Day speech on Monday, Modi had asked Indians to take a pledge not to do anything that lowers the dignity of women, Owaisi said. “He said something about supporting ‘Nari Shakti’. Gujarat BJP govt released the rapists on the same day. The message is clear,” he tweeted.

Opposition parties, including the BSP, TMC and Congress, on Tuesday hit out at Prime Minister Narendra Modi over the release of 11 rapists, hours after his call for ‘Nari Shakti’ in his Independence Day speech. This is the “real face” of New India under the BJP, they said. “Yesterday the PM spoke about women’s safety and respect. A few hours later, the Gujarat government released the rapists. We also saw them being honoured. Is this the Amrit Mahotsav?” Congress’s Pawan Khera asked. “Who is the real Modi? The one who serves falsehood from the ramparts of the Red Fort or the one who gets his Gujarat government to release those behind rape,” he asked.