Notably, both the meetings were presided over by Prasad’s elder son Tej Pratap Yadav, who was sworn in as a minister earlier this week with environment, forestry and climate change portfolio 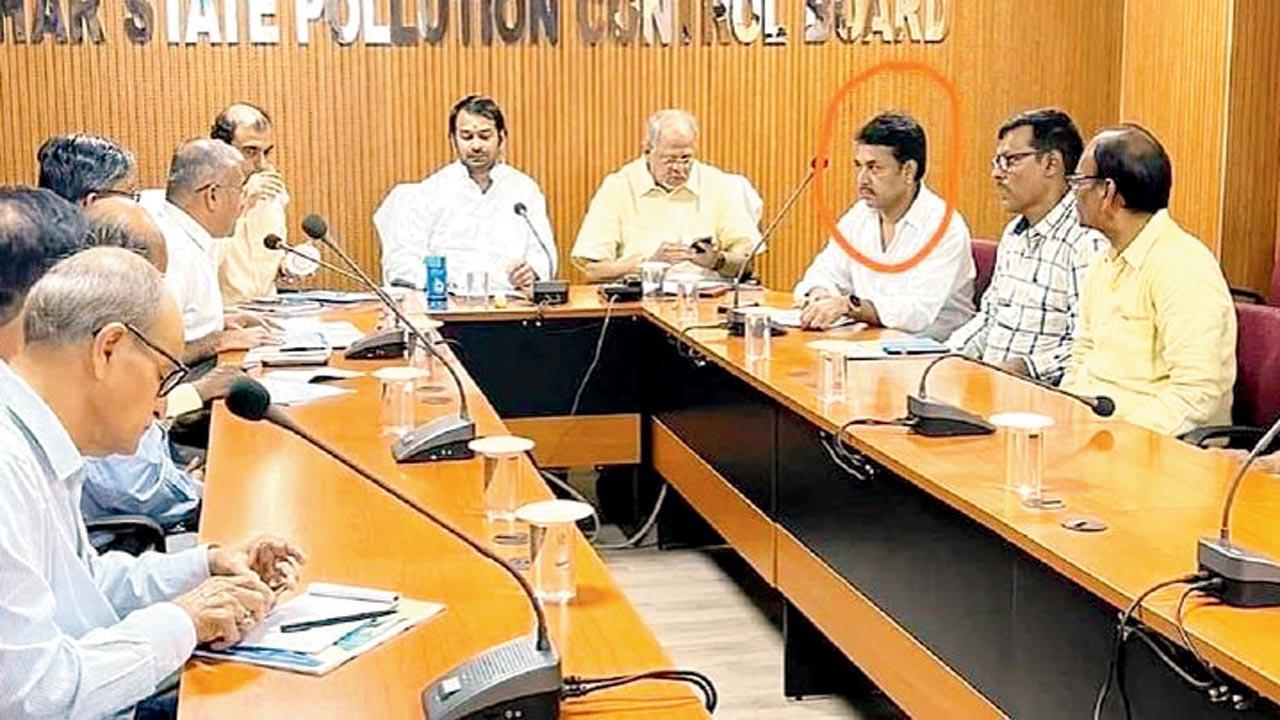 
The Nitish Kumar government in Bihar was on Friday embarrassed as video footages surfaced wherein a son-in-law of Lalu Prasad, founding president of the RJD that helms the new ruling coalition, was seen at two official meetings.

Notably, both the meetings were presided over by Prasad’s elder son Tej Pratap Yadav, who was sworn in as a minister earlier this week with environment, forestry and climate change portfolio.

According to video clips, at the first meeting of officials that Yadav attended in his capacity as minister on July 17, Shailesh Kumar, married to his eldest sister and Rajya Sabha MP Misa Bharti, was seen seated in the back row.

However, a day later, Shailesh was again present at a meeting of the pollution control board, seated next to Tej.

The course of events drew strong condemnation from the BJP, which has lost power following the volte-face by the CM last week.

“Tej Pratap Yadav remains in news for all the wrong reasons. Now, as a minister he seems to have outsourced his duties to his brother-in-law,” said Sushil Kumar Modi, a senior BJP leader.

“Lalu ji’s son-in-law was not just present at the meetings. The meetings, where he had no business to be present, were in fact being conducted (sanchaalit) by him,” he alleged.

It is for the CM to answer the people of Bihar on this, he said. RJD leaders were tight-lipped over the embarrassing episode while those in the chief minister’s JD(U) said they could comment only after it became clear why Shailesh Kumar was present at the two meetings.