Seven-day window for withdrawal of forms ends on October 8 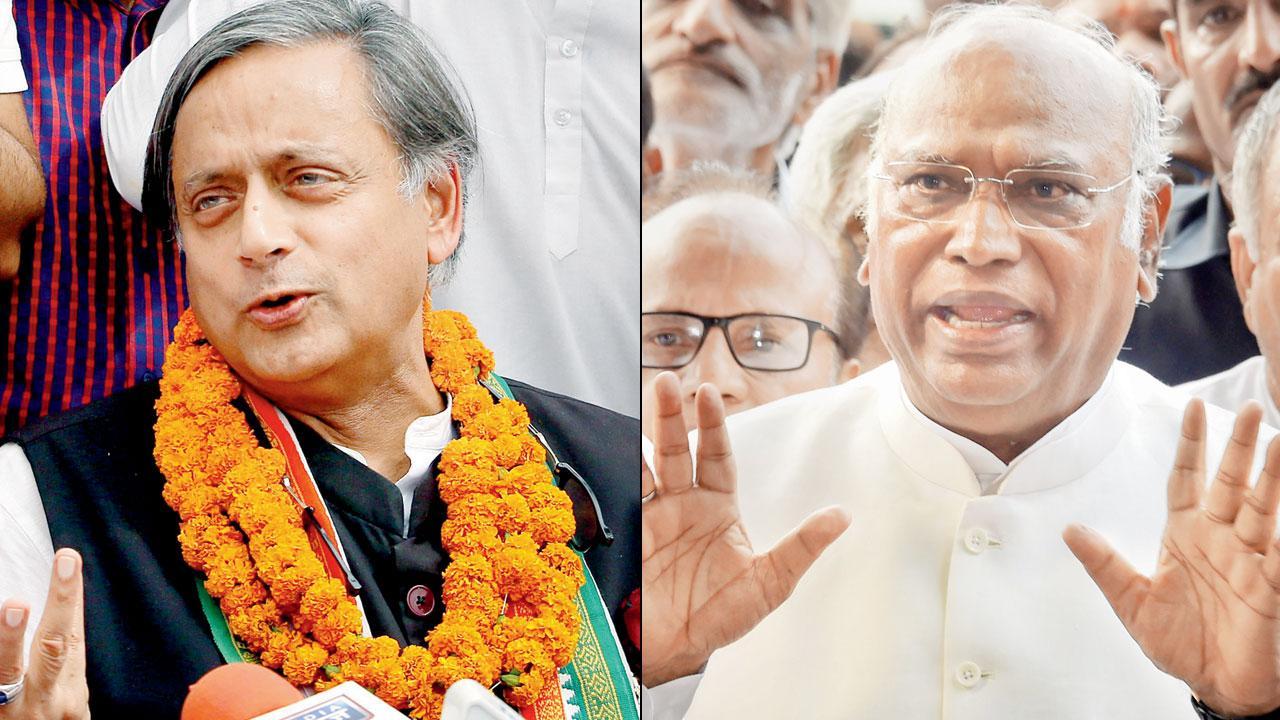 
Former Jharkhand minister KN Tripathi’s nomination for the Congress presidential election was rejected on Saturday, leaving party leaders Mallikarjun Kharge and Shashi Tharoor in the fray. The three had filed nominations on Friday, the last day of the process. Addressing a press conference at the Congress headquarters in Delhi, the party’s central election authority chairman Madhusudan Mistry said the panel met for scrutiny of forms on Saturday.

A total of 20 forms were received during the nomination process. Four of them were rejected as signatures were repeated or did not match, he said. While Kharge submitted 14 forms, Tharoor submitted five and Tripathi one. “Two candidates—Kharge and Tharoor—are in a direct contest now. One form of another candidate from Jharkhand has been rejected,” Mistry said.

There is a seven-day window for withdrawal of forms till October 8 when the picture will be clearer, he said. If no one withdraws, the polling will be held, he added. Mistry said Tripathi’s form was rejected as the signature of one of his proposers did not match and another proposer’s signature was repeated. While one rejected form was of Tripathi, Mistry refused to divulge who had filed the other three forms that were rejected.

Also Read: Was told by Gandhi family there is no 'official' candidate in party president's election: Shashi Tharoor

Reacting to the development and sharing the list of valid nominations issued by the chief election authority, Tharoor tweeted, “Delighted to learn that, following scrutiny, shri Kharge and I will be squaring off in the friendly contest for President of Congress. May the party and all our colleagues benefit from this democratic process!” The polling, if needed, will be held on October 17. The counting of votes will be taken up on October 19 and the results will be declared the same day. More than 9,000 Pradesh Congress Committee (PCC) delegates will vote in the poll.

Senior Congress leader Salman Khurshid on Saturday joined issue with Shashi Tharoor, who has said his electoral competitor in the AICC presidential poll, M Mallikarjun Kharge, was a “candidate of continuity” and of “status quo”, and those wanting change in party should vote for him. “Shashi says this [Kharge] has elements of continuity, his [Tharoor’s] has elements of change. But continuity and change are subjective terms, relative terms”, said Khurshid, adding, “I think that the very fact that we are having this election is re-emphasis of continuity with change because it’s not the first time that we are having elections.”