Around 6,000 security personnel have been deployed in the New Delhi district and 24 help desks set up for those attending the celebrations at the Kartavya Path 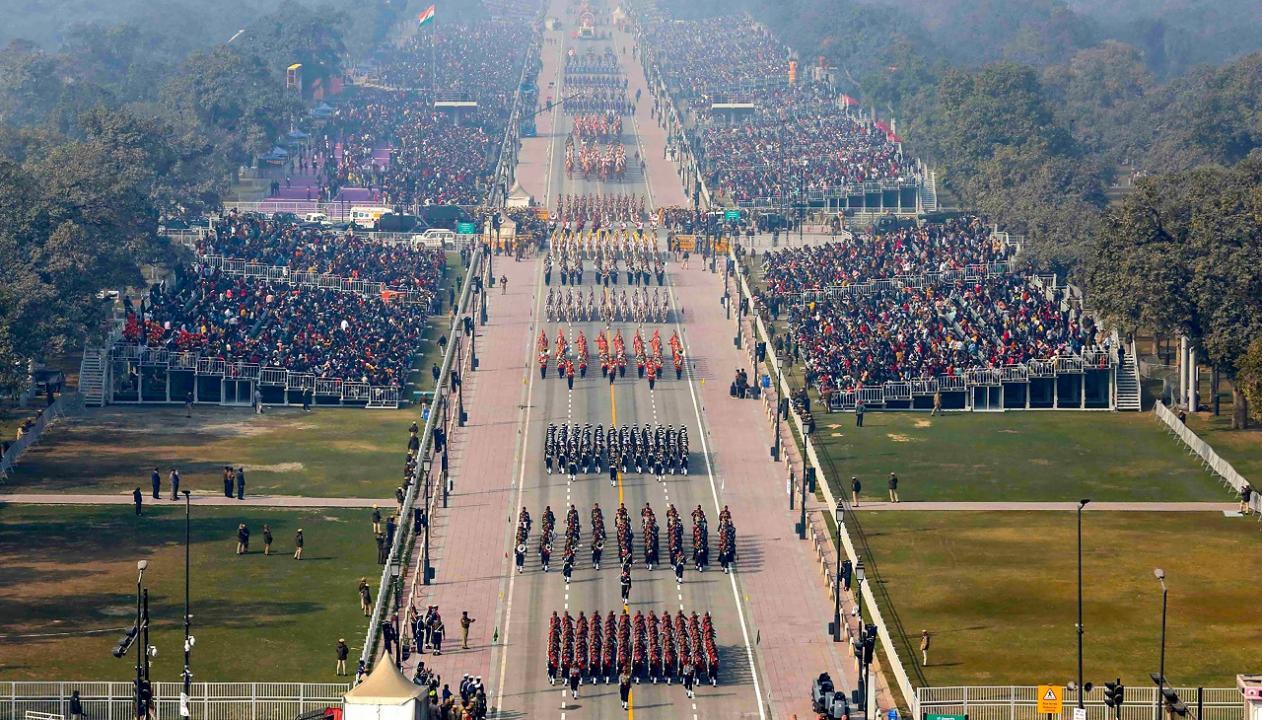 
A multi-layer security cover is in place for the Republic Day celebrations on Thursday with police conducting anti-sabotage checks, verification drives and patrolling to thwart any untoward incident, according to officials.

Around 6,000 security personnel have been deployed in the New Delhi district and 24 help desks set up for those attending the celebrations at the Kartavya Path, they said.

Police said that around 60,000 to 65,000 people are expected to attend the Republic Day celebrations.

This year, entry is based on QR code given on passes. No person without a valid pass or ticket would be allowed, according to Deputy Commissioner of Police (New Delhi) Pranav Tayal.

Also Read: Young women will do the most to shape tomorrow's India: President Murmu in her Republic Day eve address

More than 150 CCTV cameras have been installed and some of them also have the facial recognition system, the DCP said.

Police said an NSG-DRDO anti-drone team has been deployed.

Extra pickets have also been set up on the borders of the national capital and vehicles entering the city are being checked, according to the officials.

The anti-sabotage checks are being conducted in markets, high footfall areas and prominent places by the Bomb Disposal Team along with dog squads, police said.

For the last two to three months, verifications drive are being carried out in hotels, dharamshalas, guest houses, cinema halls, parking lots and bus terminals, a senior police official said.

Police as well as paramilitary personnel have been briefed about security protocols and procedures, the officials said.

Police said that patrolling is being carried out, while audio and visual messages through public announcement systems are being played in high footfall.

They said area dominance and police visibility has been enhanced in the city by regular group foot patrolling and intensive checking at pickets.

In the run up to Republic Day, the Delhi Police asked people through social media to alert them about any suspicious person, activity or article.

Tenant and servant verification has been done, police said, adding that surprise checks were being conducted at hotels, guest houses and dharamshalas.

According to the officials, anti-terror measures were intensified in coordination with other security agencies.

Next Story : US short seller alleges ‘brazen’ fraud by Adani