For timely justice, our judiciary is taking a lot of steps...: PM Modi

During the Constitution Day celebrations programme in the Supreme Court, the Prime Minister also launched various new initiatives under the e-court project 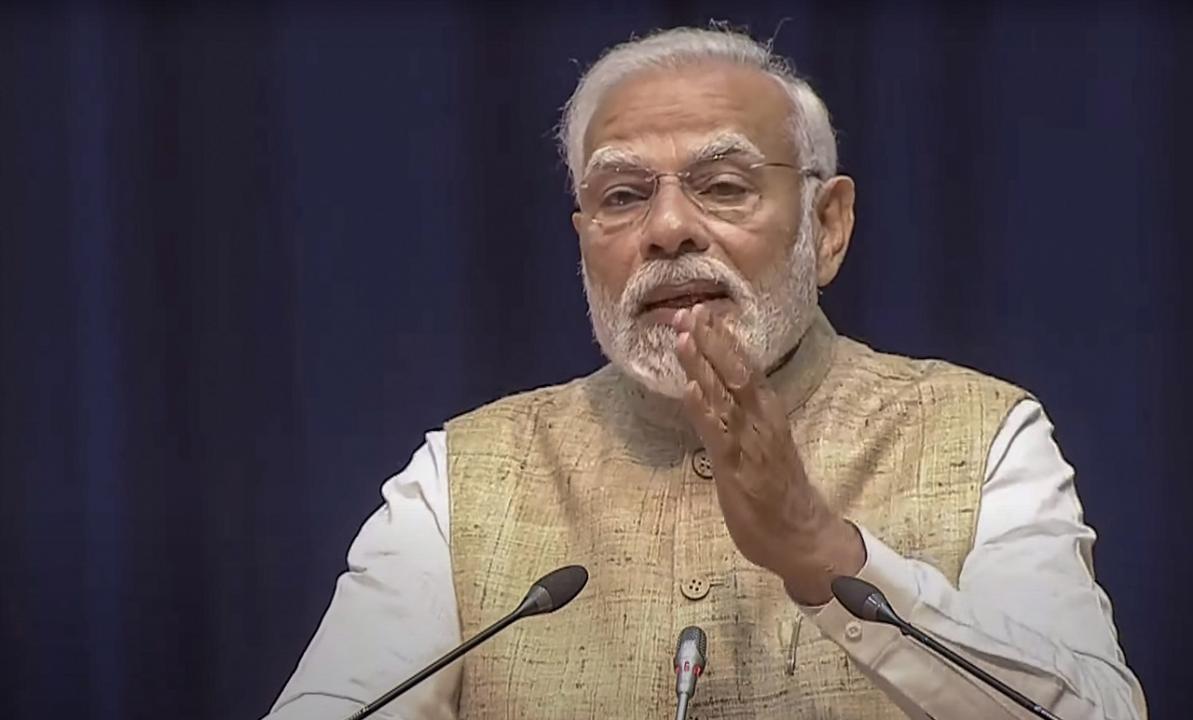 
Prime Minister Narendra Modi on Saturday said that for timely justice, the Indian judiciary is taking a lot of steps such as e-initiatives launched today to ensure ease of justice for all.

During the Constitution Day celebrations programme in the Supreme Court, the Prime Minister also launched various new initiatives under the e-court project. The project is an effort to provide services to litigants, lawyers and the judiciary through ICT enablement of courts.

"Our country as the "mother of democracy", is strengthening our constitutional beliefs. With the strength of Pro-People Policies, we are empowering the poor, marginalised and women with simplified laws. The eyes of the entire world are on India. Rapid development, rapid economic growth... the world is applauding India," said PM Modi while addressing the event.

The Prime Minister further said that our biggest strength is our Constitution. "We the people" in our constitution aren't just three words but is a belief."

"For timely justice, our judiciary is taking a lot of steps... including the e-initiatives that were launched today, ensuring ease of justice for all," PM Modi.

He said that everyone should enhance India's prestige before the world and bring its contribution before them.

"New opportunities are coming up before India. Crossing all hurdles, it's going ahead. A week from now, India will get the G20 presidency. It's big! As Team India, all of us should enhance India's prestige before the world and bring its contribution before them. It's our collective duty," he said.

The Prime Minister said, "I congratulate all of you for the e-initiatives and ensuring access to justice. Mahatma Gandhi used to say that our rights are our duties. In this "Amrit Kaal", the countrymen have to fulfil their duties."

He said that the spirit of India's Constitution is youth-centric and the development of the country is on the shoulders of the youth.

"Our constitution is open, futuristic and known for its progressive views. The spirit of our constitution is youth-centric. The development of our country is on the shoulders of the youth. From sports to startups, from information technology to digital payments, Yuvashakti is contributing to India's progress," said PM Modi.

The Prime Minister also urged youths to take part in debates and discussions on Constitution to understand the constitution better.

"To make the youth understand the constitution better, I urge them to participate more in discussions and debates regarding the constitution. The youth must know of the constituent assembly debates. It will strengthen India," he added.

He said that the constituent assembly included 15 women.

"From Durgabai Deshmukh to Hansa Mehta to Rajkumari Amrit Kaur, all were instrumental in empowering the women of India," he said.

PM Modi said that the vision for Amrit Kaal is a judicial system in which there is easy and speedy justice for all.

Next Story : Will walk on road to unity till every word of Constitution is upheld: Rahul Gandhi