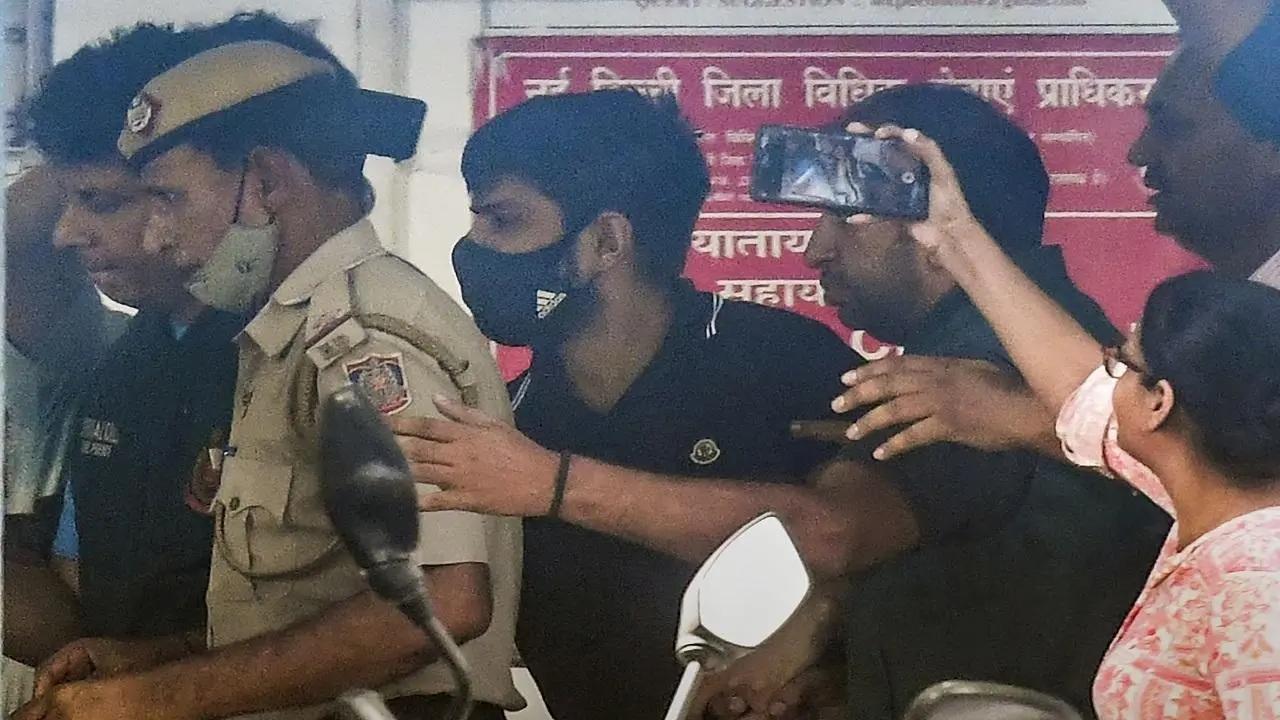 Lawrence Bishnoi being produced at the Patiala House Court in New Delhi. Pic/PTI


Amid the ongoing investigation of Sidhu Moose Wala's killing, gangster Lawrence Bishnoi, who's being interrogated in the case, was also questioned about the threat letter addressed to Bollywood actor Salman Khan and his father Salim Khan, police sources said.

Addressed to the actor had 'L.B.' written at the end, thus pointing to the gangster's initials. The threat letter was sent to him and his father Salim Khan on June 5.

The letter in Hindi said that both Salim Khan and his son would soon meet the same fate as slain singer Siddhu Moosewala ('Tera Moosa Wala hoga'), said the police sources on condition of anonymity.

Earlier, the Maharashtra department of Home Affairs increased the security for actor Salman Khan after the threat letter.

The Mumbai Police on Sunday lodged the First Information Report (FIR) against an unknown person for sending the 'threat letter' to Salman Khan and his father Salim Khan.

According to the police, Salim Khan found the letter on a bench where he sits daily after jogging in the morning. He found the letter at around 7.30 AM-8.00 AM addressed to him and Salman Khan.

As per police, the letter was found near the Bandra Bandstand promenade in Mumbai on Sunday.